An Online Platform to Protect Biodiversity in the Western Hemisphere 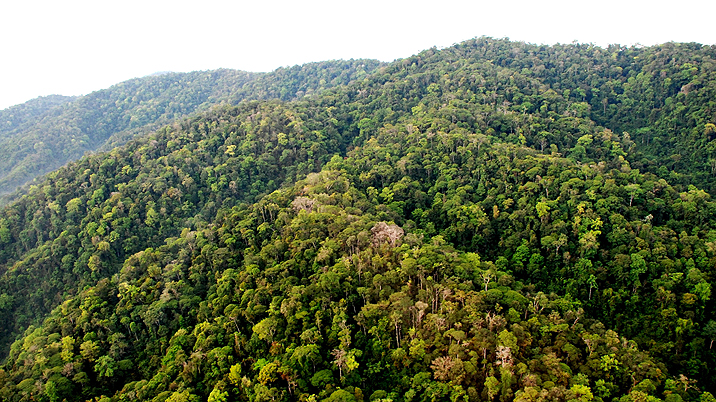 Recognizing the importance of protecting biodiversity, the Summit of the Americas on Sustainable Development, convened by the Organization of American States (OAS) in Santa Cruz de la Sierra, Bolivia, in December 1996 established the Inter-American Biodiversity Information Network (IABIN). The IABIN is an Internet-based forum for technical and scientific cooperation that promotes greater coordination among Western Hemisphere countries in the collection, sharing, and use of biodiversity information relevant to decision-making and education. The IABIN is improving the means of gathering and analyzing data, data transformation into knowledge, and transferring this information to the relevant parties for action and decision making. It is also shortening the lag time from when information is created to when it is available to decision makers.

Since its inception in 1993, the Convention on Biological Diversity (CBD) has recognized the importance of promoting technical and scientific cooperation, which would contribute directly to implementation of the CBD Clearing-House Mechanism (CHM) as well as other areas critical to development and poverty alleviation. The Convention established the CHM (i) to promote and facilitate technical and scientific cooperation, within and between countries, (ii) to develop a global mechanism for exchanging and integrating information on biodiversity, and (iii) to develop the necessary human and technological network.

With project support, the IABIN developed an Internet-based, decentralized network to provide access to biodiversity information currently scattered in individual institutions and agencies in the Americas and provide the tools necessary to draw knowledge from that wealth of resources, which in turn would support sound decision-making concerning the conservation and sustainable use of biodiversity.  This was an ambitious undertaking at a time when there was no successful precedent in establishing a biodiversity informatics network at this scale and scope. The architecture was web-based, and was designed to seek agreement and build on existing standards and protocols for biodiversity-related information to ensure compatibility of diverse data sources within the region.

While the network was envisioned as a distributed system of data providers in which the data are maintained and controlled by the provider, a single point of access to the integrated resources of the network remains a key component. The structure of the thematic networks was conducive to achieving the desired results and sustainability. The themes address the needs of IABIN stakeholders and were defined as:

The project had an ambitious target of facilitating at least four new multinational partnerships per year involving access to biodiversity information within the Americas. Through effective networking, the project was able to exceed this target, building as many as 18 new partnerships.

IABIN also improved the means of gathering and analyzing data, transforming data into knowledge, and transferring this information to the relevant parties for action and decision making. The project developed six value-added information tools to support decision-making using the data provided by the IABIN Data Integration and Analysis Gateway through the integration, overlay and visualization of data shared through IABIN. These tools helped place millions of species, specimen, invasive, and pollinator data on a geospatial platform, as well as ecosystem and protected areas data, coordinating with virtually every engaged Government, NGO and academic institution in the hemisphere.

The Bank provided US$829,700 over 7 years. The success of the project design can be measured in the considerable leveraging of funds. The project attracted a significant amount of resources (approximately US$23 million) in the form of co-financing that far exceeded the GEF allocation of US$6 million.

An estimated 145 institutions from 23 countries and regional or international institutions participated in the thematic networks. Organizations responsible for project include the Implementing Agency, an Executing Agency, the IABIN Secretariat, the IABIN Council and the IABIN Executive Committee, the Coordinating Institutions of the Thematic Networks, the IABIN Focal Points, and the Governments and institutions of the Americas who are both data-providers and information users. Staff from the U.S. Geological Survey invested considerable amounts of time and energy towards the implementation of IABIN.

In addition, Since IABIN’s inception in 1996, all 34 countries have designated official IABIN focal points. Four IABIN Council meetings have been held with the IABIN focal points and a broad representation from international, NGO, and private sector communities.

The approach used for the establishment of IABIN is definitely one to be scaled up and replicated:

One of the main achievements of this project was to demonstrate the use of scientifically sound data from IABIN outputs in decision-making related to biodiversity conservation and sustainable use of natural resources. In the Bahamas, for example, the National Invasive Species Strategy was developed based on the tools and information made available by I3N-Bahamas. In Uruguay, an invasive species database (InBUy) developed with support from I3N has contributed to the creation of an official invasive alien species list for Uruguay and of a National and a Coastal Geographic Information System, and to awareness raising about the threat to biodiversity at both national and regional scale.

Over 5 million
biodiversity records generated from over 100 institutions