April 3, 2013
World Bank Group
Beginning in 2009, the Mexican Government modernized its procurement methods, eliminating obsolete regulations and building in methods for transparency. The Government also created an online platform to ensure transparency and ease of access, while reducing execution time by as much as 95 percent. Within three years, small and medium enterprises increased their participation in the federal procurement system by 36 percent, and the Government saved US$1 billion.

Despite having the world’s 11th largest economy, Mexico has a difficult history in the disbursement of public works and services to its citizens. In 2009, the procurement system was overregulated, focused heavily on the administrative function, and based primarily on legal regulations. Public procurement accounted for 40 percent of the federal budget (around 10 percent of gross domestic product, GDP), and the cost of inefficiency was estimated at between 10 and 14 percent per year. Lack of transparency also allowed corruption to flourish.  Additionally, the electronic procurement system was outdated and incapable of improving transparency, generating competition, or streamlining processes. Procurement staff lacked both knowledge and professionalism.

In 2007, a procurement report by the Bank provided an in-depth assessment of Mexico’s procurement system and offered critical recommendations. Since 2011, a dedicated team of policy analysts in the Bank’s procurement unit used a combination of knowledge and convening services to play a key role in the reform process.  Through a number of conferences, closed events, and dedicated access to global expertise, the Bank acted as a partner of choice in providing specialized advisory services on cost saving strategies (framework agreements), in developing procurement performance indices, and in designing a professionalization program. Close attention to meeting the client’s needs was critical.

" I think that that’s what Mexico is going through: an institutional change in procurement that has triggered a cultural change in the behavior of public servants, providers of Government services and merchandise. "

Director of the Mexican Institute for Competitiveness

Mexico has undergone transformational reforms in its federal public procurement system, re-orienting it around principles of delivery for results and focus on outcomes, and away from overarching processes and compliance procedures. Costs saving strategies and e-procurement systems have generated significant results and savings of US$1 billion in three years (Dec. 2009 – Dec. 2012, based on audited expenditures). Included were:

These just-in-time and strategic advisory services have been provided in Mexico through an innovative combination of knowledge and convening services.

The policy work also enhanced the Bank’s internal procurement unit’s interaction with other sectors (Poverty Reduction and Economic Management Network and the financial sector), and improved the impact of the Bank’s engagement in public procurement reform in Mexico. This project was an important input in the preparation of a Development Policy Loan, Strengthening the Business Environment for Enhanced Economic Growth, and for the implementation of an investment program.

" Our best friends and our best Partners have been the World Bank. They showed us the way - how to transform the system. "

The Bank has a long-standing engagement with the Government of Mexico in support of public sector reforms, including bringing the federal procurement system into a world-class results-based procurement system. The relationship between Mexico, the Bank, and the Inter-American Development Bank (IADB) has evolved in recent years and has become characterized by more intense dialogue on institutional and capacity strengthening and by an increased demand on the part of the Government for non-lending services.

The Country Procurement Assessment Review of 2007 was an example of such collaboration. This evolution has also led to an interest on the part of the World Bank and IADB to move toward greater reliance on the use of Mexican federal processes (harmonization strategy) and control systems to verify compliance with the Banks’ safeguard and fiduciary policies. This is part of a gradual process of devolving fiduciary responsibility to Mexico while supporting the Government in its efforts to strengthen capacity and reduce transaction costs.

Improving the efficiency of delivery of goods and services requires continuing the procurement system reform that began in 2009, and the Bank is interested in continuing to support Mexico in this reform. In particular, the Bank would like to support Mexico’s objectives to align its public procurement system more closely with expenditure policy to generate value for money, ensure transparency and efficiency, and improve the quality of the works, goods and services procured.

The procurement reform has also supported other key Government policies. For example, this reform has contributed to the strengthening of small and medium enterprises, which account for over 95 percent of firms, and generate between 60 and 70 percent of employment.

" Generating new contracts and new markets, the Government has allowed us to grow with a great prospective for our company. " 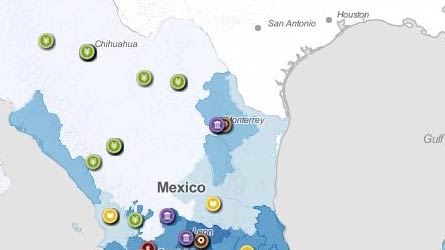