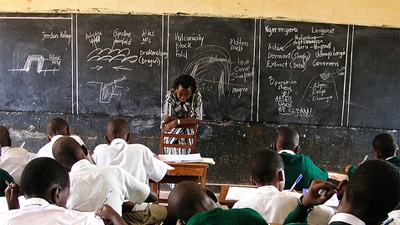 A sustained record of prudent economic management and reform has helped Uganda maintain high economic growth and reductions in poverty for more than a decade. However, the fast-growing, young population poses serious challenges for sustained poverty reduction and improved living standards through quality and equitable services, productive employment and efficient urbanization. The International Development Association’s support for the government's work on these issues has helped, from connecting Ugandans to clean water and sanitation to increasing the registration speed of a new business or property.

Uganda has a record of prudent macroeconomic management and structural reform. Despite various exogenous shocks, annual growth in gross domestic product (GDP) averaged six percent in the 1990s, and accelerated to over seven percent in the 2000s. Due to high population growth, real GDP growth per capita averaged only 3.4% over the 1990s, and just over four percent over the 2000s. Oil production will change Uganda’s economic outlook, but full-scale production is unlikely to begin before 2016. Continued economic prosperity in Uganda will require moving the economy to a higher productivity level and integrating all regions into the development process. Uganda must also invest in alleviating bottlenecks to growth, particularly in energy and transport, infrastructure, and in delivering better quality social services through more efficient public sector management.

In February 2010, the Government of Uganda finalized a new five-year National Development Plan (NDP) spanning fiscal years 2011-2015. The NDP’s main theme is “Growth, Employment and Socio-Economic Transformation for Prosperity,” marking a broadening of the country’s development strategy from poverty reduction to structural transformation with the aim to raise growth and living standards.

As of December 2011, the Uganda portfolio comprised 16 IDA-financed operations with a net commitment amount of US$1.3 billion. About one-quarter of IDA support is provided in the form of direct budget support. In addition, there are five regional projects and an IDA guarantee of US$115 million for the Private Power Generation (Bujagali) Project.  About 59% of commitments are allocated to energy, mining, environment, urban development, and transport. About 32% are allocated to education, health and social development.

The Northern Uganda Social Action Fund, a community-driven development project, started in 2003 and is now continuing in its second phase. Under its first phase, more than three million people, or 47% of the population in northern Uganda, were provided access to improved social services; 67,000 households (336,000 people) have access to safe drinking water, and close to 4,000 households (19,000 people) were able to access to improved sanitation facilities.

Under the Energy for Rural Transformation program, the first project focused on establishing the regulatory and institutional framework. Additional achievements included installation and operationalization of more than 500 solar systems with a capacity of 117,000 watt-peak hours in health centers across the country, improving service delivery and enhancing safety. Twenty solar water-pumping systems with a capacity of 196,000 watt-peaks have been installed and are in operation in 14 districts countrywide. This least-cost energy solution has improved water supply in small towns and rural growth centers countrywide.

More than 40 bilateral and multilateral development partners provide aid to Uganda, but only three partners account for almost half of the country’s total Official Development Assistance. IDA, the largest financier, accounted for 19% of the US$7.3 billion disbursed from 2004 to 2008 with the United States and the European Commission (EC) at 18% and 10%, respectively.

IDA will continue its close dialog with the Ugandan government on the three issues seen as the biggest constraints and challenges to achieving the structural transformation envisioned in the National Development Plan:  oil, population growth and governance.

Under the Second Private Sector Competitiveness Project Two that closed in February 2013, the Business Uganda Development Scheme (BUDS) was created with the aim of boosting the competitiveness of private firms. BUDS support to the agricultural sector has resulted into 98 activities worth US$413,525 being undertaken with some great results.

Between July and September 2008, BUDS allocated US$106,182 to facilitate 19 firms under the manufacturing sector to carry out various business development activities including business plans, feasibility studies, financial systems, study tours, etc. As a result, benefiting firms have registered significant increases in their annual sales growth within two years of activity completion.

Overall he BUDS program provided support to 7,528 entities including 2,858 women, a milestone achievement that surpassed the project target by close to 12%.  Some of the beneficiaries are international success stories. For example, Good African Coffee was facilitated to with cost share grants for rebranding and launching of its product in Europe. Today its products are in the top UK supermarkets including Waitrose &Tesco and Sainsburys. Zicofe Limited has opened a coffee shop in Japan and introduced a range of products including coffee cups, Zicofe instant; Zicofe ground coffee and raw coffee beans on the Japanese market. Company sales have increased by over 10% as a result.

More than 3,660
engineers and scientists trained through the Millennium Science Initiative 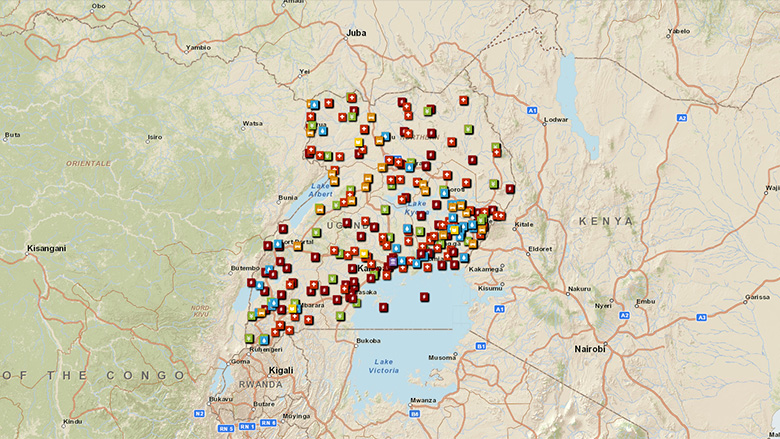