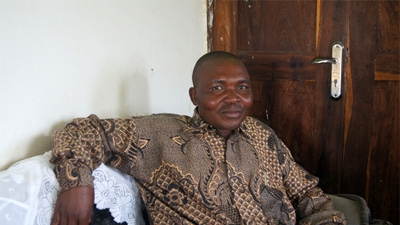 Fundi Mihayo, Councilor for Magozi, Ilolompya Ward, is a beneficiary of an irrigation scheme that has helped his village thrive.

For the last decade, Tanzania has sustained high economic growth driven by structural reforms and improvements in economic performance and service delivery. Growth in gross domestic product (GDP) has averaged between five and seven percent a year since 2000. Infant mortality in Tanzania has fallen by nearly 50%, from 99 deaths per 1,000 live births in 1999, to 51 in 2010. Significant improvement in the performance of the agriculture sector, which employs the majority of the poor, has impacted positively on livelihoods though poverty remains generally high.

Tanzania continues to stand out as a model of sound economic performance in the African continent, with a growth rate of over six percent in 2011 and 2012, surpassing other regional economies and demonstrating impressive resilience to the global economic crisis. In addition, the fiscal deficit declined in 2011/12 for the first time in four years to five percent of GDP. Yet individual rural families tell a different story: the failure of growth to impact those who make up 80% of the population in Tanzania. Despite impressive macro-fiscal performance, and decades of concerted efforts to lift rural masses out of poverty, agricultural incomes have stagnated, with aggregate agricultural production growing barely faster than the population. Growth in Tanzania has been concentrated in a few capital-intensive sectors such as mining and telecoms– failing to produce widespread job creation, failing to raise incomes of the masses, and failing to reduce poverty in a significant way.

Since 1995, the International Development Association (IDA) has provided more than US$6.9 billion to Tanzania in loans and grants. About 24% of IDA's support over the last three years (FY11-13) has been provided through development policy operations (budget support) focusing on increasing growth, improving the efficiency of public financial management, and improving social service delivery.  IDA has also provided investment lending for private and financial sector development, energy, roads, rail, water, rural development, natural resource management, community and local government development, and public sector reform. IDA provided considerable support to the government in the preparation of its first and second Poverty Reduction Strategy Papers in 2000 and 2004. To deepen the understanding and commitment to fiscal reform, IDA helped establish an annual Public Expenditure Review to set priorities within an overall expenditure ceiling, as well as to monitor progress and assess results. Based on this analysis, the government implements a strategic budget allocation system, which links budget allocations with the country's development goals. Last year, the PER process was strengthened. The government has also decided to advance the budget preparation process for next fiscal year.

Since 2003, IDA and 13 other donors have assisted Tanzania through general budget support, combined with policy advice. In the years of our engagement, Tanzania has posted solid progress in many sectors, including health, water, agriculture, roads, and energy as enumerated below:

The World Bank’s current portfolio in Tanzania includes 24 operations with a commitment of nearly US$3.12 billion including one Global Environment Facility (GEF) grant and recently approved Poverty Reduction Support Credit (PRSC) and Energy and Gas Sector DPO, the largest share of which is allocated to transport, followed by urban development and social protection. In addition, the country benefits from six regional projects in which Tanzania-specific financing amounts to US$221 million. Tanzania’s active portfolio includes projects in roads, energy, education, health, irrigation, rural development and other sectors.

To deepen our partnership with Tanzania, the World Bank Group has tailored its support to target activities where assistance can be the most effective such as building infrastructure, improving the business environment, increasing agricultural productivity, improving service delivery to build a healthy and skilled workforce, and managing urbanization. As envisaged in our four-year Country Partnership Strategy (CPS) for fiscal years 2012-2015, the Bank Group will support government efforts to promote inclusive and sustainable, private sector-led growth, build infrastructure and deliver services, strengthen human capital and social safety nets, and promote accountability and governance.

The strategy is closely aligned with the government’s own development priorities as defined in the National Strategy for Growth and Reduction of Poverty (MKUKUTA II) and the Zanzibar Strategy for Growth and Reduction of Poverty (MKUZA II) – namely, growth and reduction of income poverty; social services for a healthier and skilled population; and improved governance and accountability at national and local levels. The Bank, as a key development partner in Tanzania, will continue to increase aid effectiveness through partnerships with the domestic and international private sector, civil society, and development agencies, including non-traditional donors.

In April 2007, the World Bank Executive Directors discussed the Tanzania CPS, called the Joint Assistance Strategy of Tanzania (JAST). The JAST was prepared with 22 DPs and comprised four parts: a national medium-term framework of development cooperation, a joint country analysis, a joint program document, and the World Bank Group’s CPS. The 2007 CPS adopted the three clusters of Tanzania’s National Strategy for Growth and Reduction of Poverty. These were economic growth and reduction of income poverty (Cluster I), improvement in the quality of life and social well-being (Cluster II) and Governance and accountability (Cluster III). Within these three clusters, the CPS identified 32 outcomes and 52 outcome indicators. The current CPS 2012-2015 incorporates the lessons learned from the previous Country Assistance Strategy.

Tanzania remains highly aid dependent. Official development assistance (ODA) to Tanzania increased from US$1.6 billion in 2000 to US$3 billion in 2010, which amounted to 14% of GDP. More than 40 development partners provide support to Tanzania, four of which account for approximately 43% of total ODA. Of the US$14.4 billion of ODA disbursed to Tanzania between 2005 and 2010, IDA is the largest financier, providing an average of 20%, followed by the United Kingdom providing 10%, the United States of America nine percent, Japan eight percent, and the European Union seven percent.

Tanzania has been at the forefront of efforts to improve the quality of aid through ownership, alignment and harmonization. The Bank continues to be an active player in the General Budget Support framework, a multi-donor initiative that provides resources to support the poverty reduction strategy of the Tanzania government through the implementation of the national budget. Donor countries provide financing directly to the government, and it is spent according to the priorities set out the national budget. A joint monitoring mechanism known as the Performance Assessment Framework has been agreed between the government and development partners and it serves as an important tool that facilitates implementation of the General Budget Support framework.

Tanzania must leverage its remarkable macroeconomic stability to achieve more inclusive growth. This can be achieved by integrating rural households, constituting approximately two-thirds of the total population and 80% of the poor, into the country’s growth processes. The country has recently made discoveries of significant quantities of natural gas reserves and there are heightened expectations about what this means for the economy. At the request of the Tanzania government, a high-level scoping mission consisting of representatives of the African Development Bank (AfDB), China, the United Kingdom’s Department for International Development (DFID), the European Union (EU), Germany, the International Monetary Fund (IMF), and the World Bank, working together in the spirit of the Paris Declaration on Donor Coordination and Harmonization visited Dar es Salaam in October 2012. The mission objectives included sharing lessons from international experiences of both successes and failures in managing natural resources as an input to the Tanzanian government’s decision. In March, the World Bank Board of Executive Directors approved two International Development Association (IDA) credits amounting to US$121.46 million to Tanzania for power sector reforms, forging public-private partnerships, and strengthening national capacity for the optimal use of the country’s natural gas reserves.

To assist Tanzania in meeting its development goals, IDA will continue to actively coordinate with partners and participate in the joint development dialogue with the government. The lending program basing on the current CPS (2012-2015) continues to focus largely on the infrastructure and human development sectors. In addition, the Bank will continue its strategic policy dialogue through general budget support, analytic and advisory activities, and its existing portfolio.

Fundi Mihayo, 46, has been a councilor for Ilolompya ward for 19 years and vividly recalls the days when Magozi was on food aid (1980–2007). Since the construction of the irrigation scheme, however, the village has not requested for any food aid.

“Those days, each time any leader visited, we only asked for food. It was like a practiced chorus – ‘we are hungry, please help us!’ But that is now history,” Mihayo said. “It gives me so much pride seeing all the people doing so well today; and the village thriving.”

Mihayo said that people are healthier than they were before the irrigation scheme, and now young people who left the city are coming back and building homes there.

“If anyone came looking, they would not be able to recruit maids or shamba boys from here,” he said. “Everyone is busy tending their garden as they can now appreciate the fruits of their labor.”

As a result, Mihayo said that land value is now high. In 1984, people were being arrested and sent to jail for failing to pay Sh150 for rent. In 1986, only four people could afford bicycles – and these are the ones that had cows,” he remembers. “Today, people can watch Supersport (a sports channel on paid-for cable television). They have generators and solar power. If they can’t afford their own, it’s only a matter of time and for now they are buying from their neighbors.”

They also have mobile phones, he said, and they have fare to travel to town or to the city, no longer fearing getting stranded as was the case in the past. Residents are also contributing to education by investing in school buildings and teachers.

“Today every citizen contributes Sh17,000 per year to the secondary school,” he said. “We have 10 permanent teachers for the secondary school’s 200 students. They are not enough but we are doing our best. We also have six temporary teachers. For primary we have seven teachers to 300 pupils. These are schools that were mostly built with our own resources.” 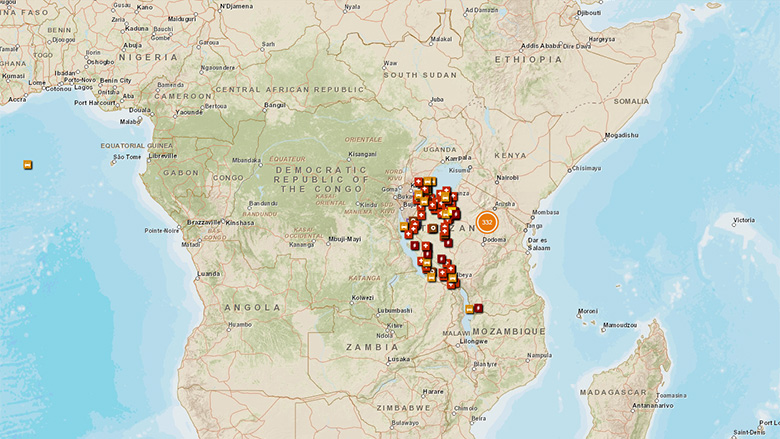