October 6, 2012
World Bank Group
A joint World Bank - Dutch Governement - Kosovo Energy Corporation project is providing more than $17 million for the Clean Up and Land Reclamation Project in Kosovo. The project is cleaning up an ash dump in the country and working to reclaim the land.

Kosovo's oldest power plant has been burning coal for over 40 years as it produces electricity. And for over forty years, Kosovo A, as it's known, has been throwing vast quantities of ash out in the open, creating a hill of ash visible from the capital ten kilometers away.

When the wind blew, ash mixed with existing air pollution, cloaking the area in choking dust.

Over the last three years, Kosovo's public energy utility, Kosovo Energy Corporation (KEK), has been working to clean up its environmental legacy through the Clean Up and Land Reclamation Project. It is funded by a $10.5 million World Bank grant, a Euro 3-million Dutch Government donation and a $3.5 million KEK contribution.

" Eliminating these pollutants will make the environment cleaner for those living near the power plants. At the same time it will allow the corporation to operate in a way that's better for the environment "

Cleaning up and stabilizing the ash dump is one part of the project. The second is installing a system to discharge ash in the mine pit through water pipes, sharply reducing its exposure to the open air. The third is removal of chemicals from a disused gasification plant that was once part of the power plant complex.

Most of the ash hill has now been rehabilitated with excavators and trucks purchased with project funds. Almost 30,000 hectares of ash have been covered. The manmade mountain is 14 meters lower; its slide towards the neighboring has been stopped.

Not only ash, but also the overburden from mining—soil and rock—was dumped carelessly. The project cleaned that up, too, leveled and reshaped overburden dumps and planted almost 100,000 trees on 30 hectares.

What is more, around 20,000 cubic meters of liquid hazardous waste from the gasification plant were abandoned when the facility was closed in 1988. They contained liquid and concentrated phenol, tar, and different chemical solvents.

"Treatment was necessary because the waste represented a permanent hazard for human health and the environment, since the tanks where the waste was stored began to leak with time," says Behxhet Shala, a cleanup expert working on the project.

About15,000 cubic meters of phenol waste have been treated and neutralized. The remaining 5,000 cubic meters of waste with higher phenol concentrations have been stored in new containers awaiting disposal outside the country. Kosovo is working on agreements to transport the waste to Belgium or Sweden, which are better equipped to neutralize it. Export and final disposal of over 5,000 tons of hazardous chemical liquids, tar sludge, solvents and pasty tar is expected by September 2012. Transporting the waste internationally will fully comply with the Basel Convention.

The government will need to do some more ash dump remediation and land reclamation work after the project closes in June 2012. Given the importance of the clean up for surrounding communities and feedback from World Bank consultations with civil society representatives, the World Bank is proposing finance an additional $3.2 million for the cleanup as part of its country partnership strategy for 2012-2015.

This additional financing would extend clean up and land reclamation efforts at the site of the Kosovo A and B power plants. It would finance monitoring of air, soil and water associated with power generation, strengthen the capacity of Kosovo's environmental and energy regulatory authorities, environmental and social assessments for energy projects, and preparation of a low carbon growth strategy and a greenhouse gas inventory.

The additional financing will be complemented by a Dutch government grant of about $1,165,000. 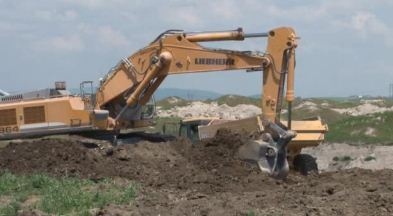