This playground is a bright spot and something for kids to do in Korshik, a small, remote farming village in the Kirov Oblast, 1,000 kilometers northeast of Moscow.

The World Bank provided assistance to the Government of Kirov Oblast (KO) in Russian Federation in the implementation of the Local Initiatives Support Project (LISP) in 2010–2011 to help introduce international best practices and principles of Social Investment Funds and participatory decision making, WB’s project supervision principles and best practices and identify key lessons and areas of improvement in the LISP design and implementation.

During the Soviet period, all administrative systems were highly centralized. To address this problem, the Russian government over the past decade has introduced a number of decentralization reforms, devolving responsibilities for social services and funding to lower levels of subnational governments. Nevertheless, until recently, rural settlements in Russian regions had little role in prioritizing and developing these services; people thus had little sense of ownership of or interest in supporting or providing cofinancing for them. Communities remained passive, as they did not believe that their priorities mattered, leaving them with little experience in implementing projects. A 2010 base-line survey in the KO revealed that: there was a significant difference between the citizens and the local authorities on their understanding of local priorities and issues; the majority of people thought that all decisions in their settlement were made by one person, and only 3 percent believed that they were involved in decision making in any way; and the transparency of budget funds at the local level remained an important issue for most people.

Deputy Governor of the Kirov region

As a result of small-scale, bottom-up planning, villagers have control over what they really need.

Within the framework of the Memorandum of Understanding (2009–15) between the World Bank and the KO, the government requested Bank assistance in the introduction of international best practices on managing social investment funds and identifying key areas of improvement in the LISP design and implementation. The main objective of LISP is to support local social and economic development through the utilization of community resources, and encourage the involvement of citizens in the resolution of social and economic issues—an innovative approach to community development and the provision of local social services in Russia. The KO Government provides small grants to settlements to finance microprojects jointly prepared by average citizens and the municipal authorities for the development of the local social and communal infrastructure and services. There was no minimum threshold for community participation in meetings and community cofinancing. The project was underpinned by the base-line survey, which will be repeated in 2013.

The new projects are popular. Korshik and the villages nearby submitted 55 projects—and 21 received an approval.

This assistance contributed to the following outcomes:

" The repairs made change for the better, because now buses can run. And people can get around. "

Conditions are hard here. Old dirt roads become impassable in spring and autumn, making it hard for food to get to market, people to get to doctors, and kids to get to school.

The World Bank provided technical assistance on a fee for service basis in the design and implementation of the project, which included seminars for government officials, training for local municipal authorities, online tools, and monitoring.

The Bank closely collaborated with the United Kingdom’s Department for International Development (DfID) on the implementation of the pilot and preparatory activities. DFID, through the Bank-supported Trust Fund amounting to approximately US$930,000, financed the baseline survey, capacity building efforts, and training.

Based on the 2010 and 2011 pilot results, the KO Government requested the Bank’s technical assistance on LISP implementation under the third fee-based service (FBS) repeater for 2012. In 2012 the project continues to be implemented throughout the oblast and has expanded to urban okrugs (areas). This integrated approach will lead to the development of a sustainable mechanism for financing similar local participatory initiatives and developing the capacity of municipalities at the settlement level to provide services. The emphasis on community participation at the settlement level is a significant step forward in the development of local social and governance policies.

The KO and Stavropol Krai LISPs (2008–12) under the FBS model were the pilot activities for the North-Caucasus Federal Okrug LISP (2012–15), an investment project currently under preparation. All documents, including Project Operational Manuals, monitoring forms for consultants, and the MIS developed for the Kirov and Stavropol LISPs will be used in the new project.

Although not all villages in the KO were able to participate in a project, all had access to the program and had an opportunity to participate in some way. Thus it can be said that the total number of project beneficiaries was more than half a million people—the entire rural population of the KO. “It is a different kind of planning, small-scale and from the bottom-up,” said Dmitry Matveev, the Deputy Governor of the Kirov region. “I think that it’s a different approach. If we build the roads, that’s one thing, if we build them together, it is another,” he said.

24
training courses were delivered in 2010 and 2011 for almost 900 local stakeholders on community involvement in decision making, oversight, and the monitoring of service delivery
Source » 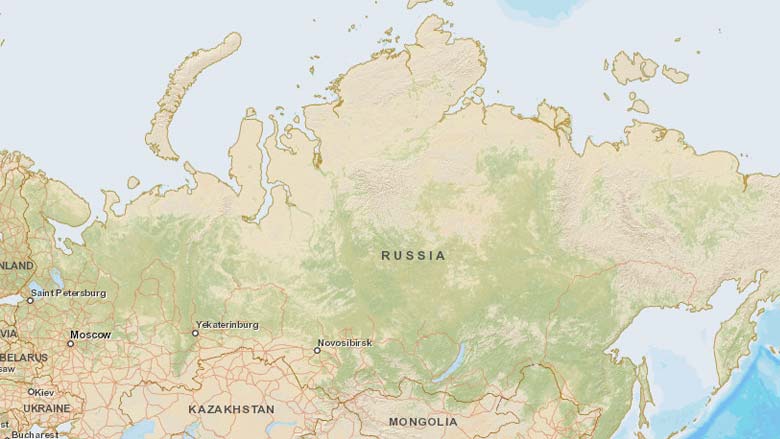