Fighting HIV/AIDS in the African Horn

January 23, 2013
The Ethiopia Second Multisectoral HIV/AIDS Project financed prevention interventions and improvement of public and private sector institutional capacity, with an emphasis on unreached communities and the most at-risk populations. As of 2011, 81% of males and females aged 15-24 reported using a condom with their last non-regular sexual partner, while over 75% both correctly identified ways of preventing HIV transmission and rejected major misconceptions about the virus.

As of 2007, an estimated 1.32 million Ethiopians were infected with HIV, with over 130,000 new infections each year. An epidemic of HIV transmission was taking place in most at-risk populations, particularly sex workers and their clients. As a result, life expectancy was falling and expected to drop from 59 to 50 years by 2010. In 2005, 80% of the 60 million Ethiopians lived rurally, and 39% lived below the poverty line. AIDS had become the leading killer of 15-49 year olds, causing 43% of all adult deaths, severely damaging economic growth and slowing poverty alleviation. Poverty, illiteracy, widespread transactional sex, gender disparity, population movement, and traditional practices such as female genital mutilation all contributed to the epidemic.

The first Ethiopian Multisectoral HIV/AIDS Project (EMSAP1), closed in 2006, supported general awareness of HIV and AIDS, as well as increased condom use, but not at a sufficiently high level. This project, EMSAP2, set out to scale up where EMSAP1 left off, notably to increase the percentage of:

The project was designed to:

The International Development Association (IDA) was the only financier of the project, contributing a total of US$25,997,472 to the project.

Federal and regional HIV/AIDS prevention and control offices were established to coordinate the national response with oversight provided by a board chaired by the Minister of Health.

The project closed in March 2012. The government and civil society have limited resources and capacity to sustain the necessary levels of inputs and services, and there is concern that the Global Fund and PEPFAR will not sustain current levels of financing. Thus, other sources of funding must be identified, including government appropriations and community contributions. 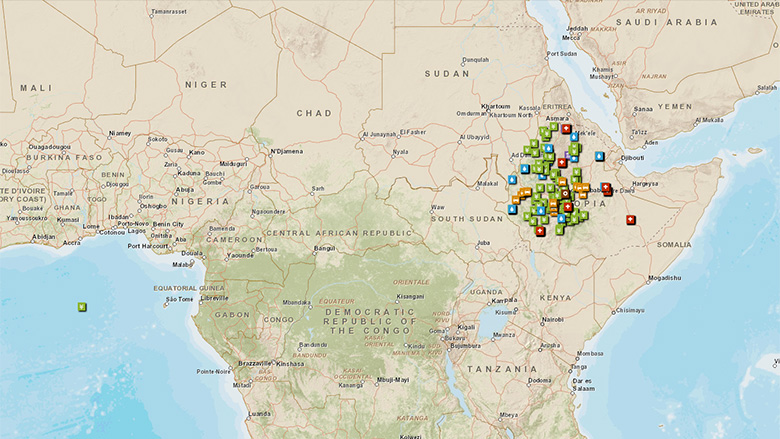