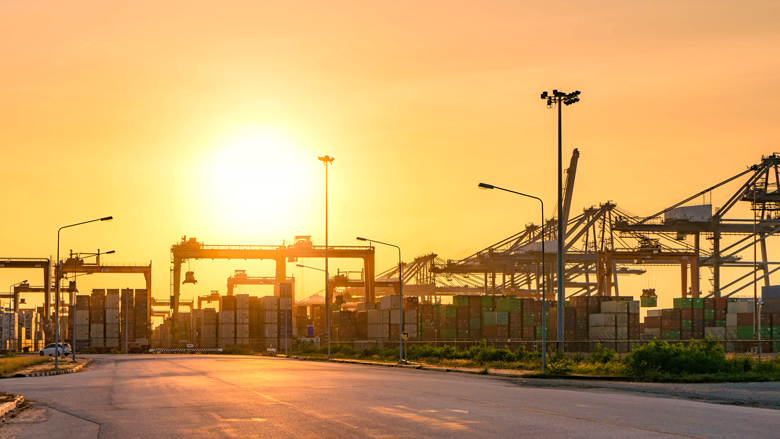 Washington, February 17, 2017. World trade in 2016 posted its weakest performance since the Global Financial Crisis in 2008, according to a new World Bank report.

Preliminary data suggest that world merchandise trade grew by a little more than 1 percent in 2016 compared to 2 percent in 2015 and 2.7 percent in 2014. Significantly, while the trade slowdown in other post-crisis years was limited to high-income countries, this year, slow trade occurred in both high-income and developing countries.

However, growth in services trade has shown more resilience since the crisis.

The trajectory of trade growth in 2016 reflects a number of structural determinants. These include a maturing of global value chains (GVCs) and a slower pace of trade liberalization. Some cyclical factors, notably slow global growth and low commodity prices also contributed.  Policy uncertainty may have added to the worsening of trade sluggishness in 2016.

“The trade slowdown may also help to explain part of the productivity slowdown in so far as it is attributable to the stagnation of GVCs,” according to the report, Global Trade Watch: Trade Developments in 2016, written by World Bank Group Economists Cristina Constantinescu, Aaditya Mattoo and Michele Ruta. “The slower pace of GVC expansion could be diminishing the scope for productivity growth through a more efficient international division of labor and diffusion of technologies.”

If the development of GVCs is considered over approximately the same period, data point to a stalled growth in vertical specialization since 2011 while world GVC participation was increasing throughout the 2000s.

The report further investigates whether these changes in vertical specialization, as revealed in GVCs, explain the current productivity slowdown. While there are many factors that determine the rate of productivity growth, the evidence found suggests that the slower pace of GVC expansion is contributing to the slower world productivity growth.

The rise of GVCs was facilitated by the deepening of trade agreements that reduced trade costs and provided the institutional infrastructure for smooth cross-border functioning. Preserving and expanding the reach of trade agreements will help to sustain productivity growth.

The Global Trade Watch series is a joint product of the Trade & Competitiveness Global Practice and the Trade & International Integration Team of the World Bank Group’s Development Economics Research Group. It provides up-to-date data from various sources along with analysis of recent trade developments.