Is a Global Recession Imminent? 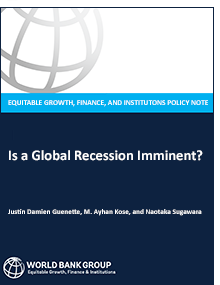 Since the beginning of the year, a rapid deterioration of growth prospects coupled with rising inflation and tightening financing conditions, has ignited a debate about the possibility of a global recession—a contraction in global per capita GDP. Drawing on insights gained from previous global recessions, this study presents a systematic analysis of the recent evolution of economic activity and policies, and a model-based assessment of possible near-term macroeconomic outcomes.

Evolution of policies. Despite the current slowdown in global growth, inflation has risen to multi-decade highs in many countries. To stem risks from persistently high inflation, and in a context of limited fiscal space, many countries are withdrawing monetary and fiscal support. As a result, the global economy is in the midst of one of the most internationally synchronous episodes of monetary and fiscal policy tightening of the past five decades. These policy actions are necessary to contain inflationary pressures, but their mutually compounding effects could produce larger impacts than intended, both in tightening financial conditions and in steepening the growth slowdown. This synchronous policy tightening contrasts with the policies adopted around the 1975 global recession but is similar to those implemented ahead of the 1982 recession. A major lesson from these two episodes is that making necessary policy adjustments in a timely fashion is essential to containing inflationary pressures and reducing the output costs of policy interventions.

Near-term growth outcomes. Three scenarios for the global economy over 2022-24 are analyzed using a large-scale, cross-country model. The first, baseline scenario, aligns closely with recent consensus forecasts of growth and inflation, as well as market expectations for policy interest rates. However, it implies that the degree of monetary policy tightening currently expected may not be enough to restore low inflation in a timely fashion. The second scenario, sharp downturn, assumes an upward drift in inflation expectations, which triggers additional synchronous monetary policy tightening by major central banks. In this scenario, the global economy would still escape a recession in 2023 but would experience a sharp downturn without restoring low inflation by the end of the forecast horizon. In the third scenario, global recession, additional increases in policy rates would trigger a sharp re-pricing of risk in global financial markets and result in a global recession in 2023. If the ongoing global slowdown turns into a recession, the global economy could end up experiencing large permanent output losses relative to its pre-pandemic trend. This would have severe consequences for the long-term growth prospects of emerging market and developing economies that were already hit hard by the pandemic-induced global recession of 2020.

Policy responses. Policymakers need to navigate a narrow path that requires a comprehensive set of demand- and supply-side measures. On the demand side, monetary policy must be employed consistently to restore, in a timely manner, price stability. Fiscal policy needs to prioritize medium-term debt sustainability while providing targeted support to vulnerable groups. Policymakers need to stand ready to manage the potential spillovers from globally synchronous withdrawal of policies supporting growth. On the supply-side, they need to put in place measures to ease the constraints that confront labor markets, energy markets, and trade networks.

The findings, interpretations, and conclusions expressed in the working paper are entirely those of the authors. They do not necessarily represent the views of the World Bank and its affiliated organizations. 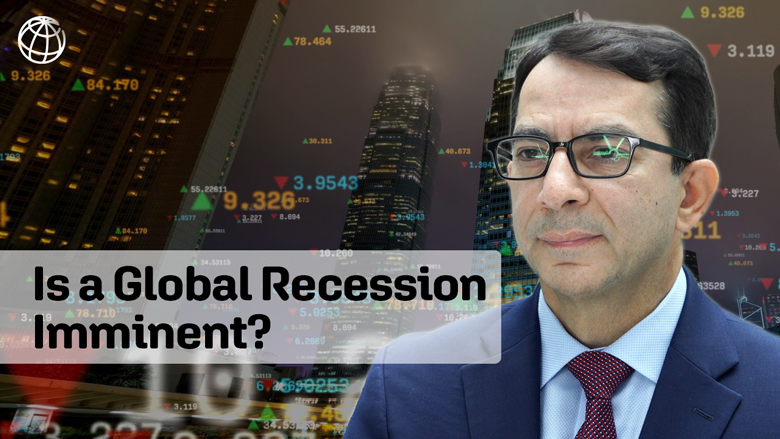 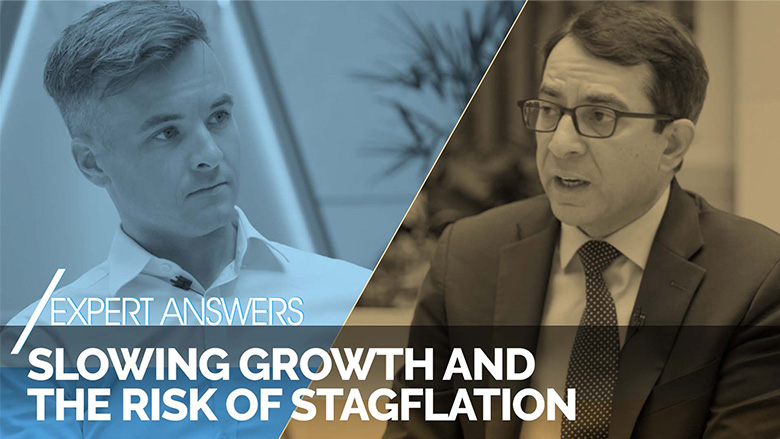