Systematic Country Diagnostic: A New Approach for a Federal Nepal 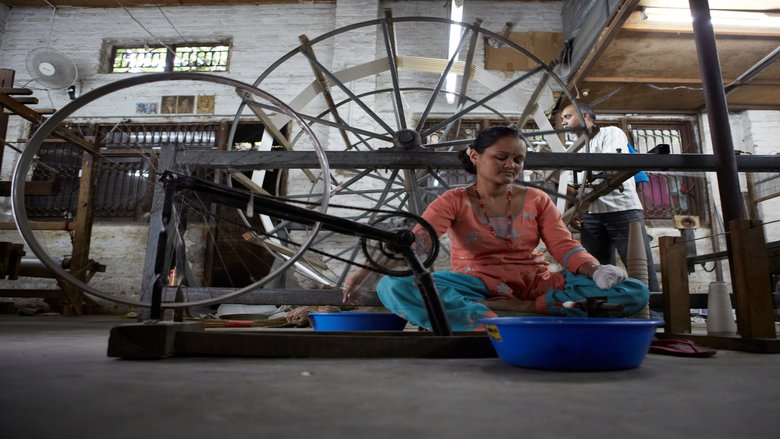 This Systematic Country Diagnostic (SCD) examines the key constraints to and opportunities for accelerating poverty reduction and enhancing shared prosperity in Nepal. The SCD builds on a broad body of analytical work conducted in Nepal, but particularly on three recent World Bank reports: “Moving up the Ladder: Poverty Reduction in Nepal,” “Climbing Higher: Toward a Middle-Income Nepal,” and the “Nepal Risk and Resilience Assessment.” It also builds on widespread consultations and surveys in all seven Nepalese provinces in which more than 200,000 Nepalese citizens were consulted.

Why a New Approach?

Nepal has recorded strong progress over the last two decades in reducing poverty and boosting shared prosperity. The proportion of Nepalese households living in poverty as measured by the international extreme poverty line fell from 46 percent in 1996 to 15 percent in 2011. Nepal also recorded strong progress on shared prosperity. From 2004 to 2011, consumption among the bottom 40 percent grew almost twice as fast as consumption among the top 60 percent.

Despite the successful and rapid reduction in poverty over the last two decades, this SCD argues that there is an urgent need to change Nepal’s development model, for three main reasons:

i. Opportunities for faster growth and poverty reduction are being missed. At current trend growth rates, per capita income would reach only US$958 in 2030, insufficient to graduate from low-income country status. It needs faster rates of growth, on the order of 7 to 8 percent, than it is achieving. Growth is driven by remittance-dependent private consumption rather than investment. Yet migration and remittance flows are on a declining trend. Higher rates of productivity growth and structural transformation require a change of the growth model from one that relies on consumption to one that is fueled by investment in physical capital. Opportunities and financing for investment are present, but public investment has been low and unable to crowd in potential private investment. The rate of FDI is currently one of the lowest in the world. Productivity can also be helped by returnee migrants, who come back with experience in a new sector, cash in their pockets, and a strong desire to be entrepreneurs.

ii. Sources of fragility remain because of power imbalances and inequality of opportunity. The Worldwide Governance Indicators ranked Nepal in the bottom 20th percentile for political stability and absence of violence/terrorism, and in the 23rd percentile for rule of law, out of more than 200 countries. Measures of inequality show overall inequality in Nepal to be low, but this reflects the fact that Nepal is at the early stages of development and the equalizing force of international remittances, rather than the absence of structural inequalities. The current political system remains highly centralized and exclusionary and identity has increasingly become a mobilizing political force. The move to federalism offers a historic opportunity to reshape this dynamic. Inequality of opportunity and access to public services along gender, spatial, and ethnic lines persist, despite substantial improvements. This has impacts on many aspects of society; for example, only 8 percent of Nepal’s lawyers are women, less than 1 percent are Dalit, and about 80 percent are Brahmin and Chhetris.

iii. Welfare gains are vulnerable to natural disasters and other uninsured risks. The earthquake in April 2015 took 9,000 lives and destroyed or damaged assets worth approximately one-quarter of the country’s FY2014 GDP. Although many households have exited poverty in Nepal, welfare gains have not been large enough to move them into the middle class, and they remain vulnerable to falling back into poverty should an income shock occur. The position of these households is particularly precarious given Nepal’s high levels of exposure to natural disasters, which will increase with climate change, and the continued dependence on rain-fed agriculture. Health shocks also push many into poverty. A substantial change in the structure of the economy is needed to reduce vulnerability.

This SCD identifies six areas where action is required to allow Nepal to take advantage of opportunities for growth and poverty reduction, to address sources of fragility, and to reduce vulnerability:

i. Encouraging political inclusion and eliminating clientelism. Increasing the inclusiveness of the political process and strengthening the rule of law is particularly important to addressing sources of fragility. The current transition to federalism is a potential game changer if it is accompanied by a meaningful change in the balance of power. This makes this area of action one in which real progress is very possible. Progress in this area can also enable progress in other areas.

ii. Promoting private sector investment to create more and better jobs. Nepal’s domestic labor force is predominantly in low-return sectors such as agriculture, and transitions out of agriculture have been into sectors such as urban services, where productivity is declining. As a result, individuals are substantially more productive when they migrate. Youth who stay in Nepal are less likely to report being satisfied with their work than similar youth in Bangladesh, Cambodia, and Vietnam. Addressing constraints to private investment is essential for individuals to become more productive employees and entrepreneurs.

iv. Ensuring all Nepalese are equally able to invest in and use human capital. While more and better jobs are essential, individuals need good health, skills, and freedom from discrimination to be able to benefit from these opportunities. Addressing spatial and social inequalities in the acquisition and use of human capital is essential for increasing efficiency and addressing sources of fragility. In Nepal, a child’s gender, location, and parental education play a dominant role in determining whether a child is well-nourished, has clean water to drink, and starts and finishes primary school on time.

v. Increasing resilience to natural disasters and health shocks. Too often in Nepal’s history, progress was set back by natural disasters. Although such disasters spotlight the vulnerability of life in Nepal, Nepalese grapple with more mundane shocks, such as ill health, on a regular basis. Resilience is built both by reducing exposure to risk and strengthening coping mechanisms for when shocks do occur.

While action in all identified areas is needed, the evidence suggests a prioritization. Improving public institutions is considered first, because inefficient and exclusive institutions constrain progress on all fronts, and because the transition to federalism presents a unique opportunity that should not be missed. Increasing private sector investment is essential to taking advantage of the growth and poverty reduction opportunities that Nepal is currently missing. Acquiring and using human capital also contributes to growth and poverty reduction and is fundamental to addressing the sources of fragility still present in Nepal. Thus, both issues are deemed equally important. Natural resource development is considered fourth, because of its important role in creating jobs in a spatially equitable manner and contributing to increased resilience. Additional action to increase resilience against shocks and to get more from migration are fifth and sixth, because much of the action needed in these areas will be addressed by action in other areas.

A short brief can be found here.