South Asia and the World Bank: Stories of Resilience and Recovery 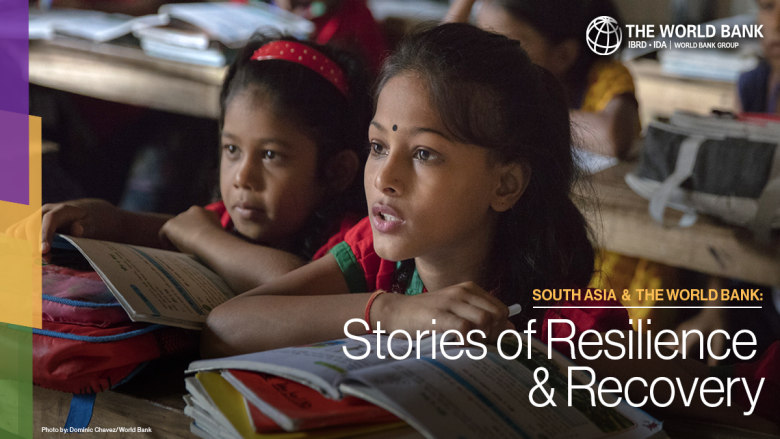 The South Asia Region is at a pivotal stage of development. In recent decades, rapid economic growth, and progress across several sectors— including education, infrastructure, health, and agriculture—helped reduce poverty and improve the lives, well-being and opportunities for millions of South Asians.

Over the past decades, the number of extreme poor has fallen from 536 million people in 1990 to 216 million people in 2015. Countries also made progress in human capital development. The mortality rate for children under five years old fell by two-thirds between 1990 and 2015. More young people were getting an education, with enrollment in post-secondary education growing by 300 percent between 2000 and 2015.

But the COVID-19 pandemic threatens to reverse decades of development gains in the region. It has increased income inequality, eroded human capital, and set back education and health outcomes for millions of vulnerable people. Almost two-thirds of the people who fell or remained in extreme poverty globally due to the pandemic live in South Asia. School closures have intensified learning poverty for students across the region and the average years of schooling in South Asia is expected to fall by between 0.3 to 0.5 years. This translates into an economic loss of up to $1.9 trillion in lost earnings.

The World Bank has been a long-term partner for the countries of South Asia—in times of prosperity and in times of crisis. This brief highlights recent result stories, stories of resilience and recovery. Download it here.