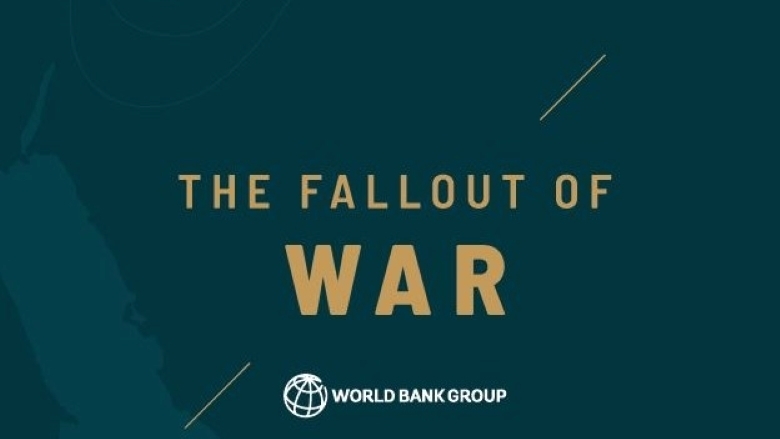 The Mashreq region has seen more than its share of deaths, economic losses, and instability for the last decade. The region has braved massive economic and social shocks that would challenge even the most advanced economies in the world. The conflict in Syria has contributed to the region’s challenges, but the region’s problems have other causes, too. As countries in the Mashreq look toward recovery, a new  approach is needed that not only accounts of the region’s interconnectedness but also  seeks to build on it in order to provide better prospects for people across  the Mashreq region. Adopting such an approach will require a scaled-up international effort.

The Fallout of War: The Regional Consequences of the Conflict in Syria identifies the impact of the Syrian conflict on economic and social outcomes in Iraq, Jordan, and Lebanon. It combines a large number of data sources, statistical approaches, and a suite of economic models that isolate the specific impact of the Syrian conflict among numerous global and regional factors that contributed to the economic and regional trends in the last decade.

THE NATURE OF THE IMPACT

3.    GDP effects are only a relatively small share of the overall impact. Despite some unquantifiable effects, the conflict had far-reaching consequences in the Mashreq:

4. The overall economic impact of the Syrian conflict on Iraq, Jordan, and Lebanon has been disproportionately high compared to similar situations elsewhere in the world in the last few decades. This difference is driven by three factors: (i) the sheer scale of the Syrian conflict and ensuing forced displacement, (ii) the high exposure of neighboring countries to a possible fallout, and (iii) the low institutional resilience in neighboring countries, which propagated the shock further.

5. The high exposure stemmed from unconventional channels. Although bilateral merchandise trade with Syria was low in all countries, the conflict still affected their external balances. Lebanon and Jordan relied heavily on foreign direct investments and service exports (tourism), which reacted strongly to instability. Iraq’s exposure also materialized through a bolstered Islamic State insurgency.

6. Institutional resilience was low in the three countries for different reasons. Before 2011, Iraq had one of the lowest state capacities in the world. Jordan had one of the best in the Middle East and North Africa region, but its fiscal space was narrowing as revenues decreased. Lebanon had both problems: driven by a complex political economy, its state capacity suffered from years of underinvestment; and an excessive public debt burden, along with an ineffective tax system, suffocated its fiscal space.

7.  In the medium term, a strong economic recovery in Syria and an associated positive fallout are unlikely. In the three security and service restoration scenarios analyzed in this report, economic recovery in Syria remains modest with limited effects on neighboring countries, not exceeding a percentage point even in the best-case scenario. In the top-five materials that would be required for reconstruction, all three neighboring countries are net importers themselves.

8.  Regardless of what happens in Syria, neighbors can unilaterally improve upon the current outcomes. The complex political economy dynamics in the region have so far restrained building better institutional resilience and mitigating the Syrian crisis shock more effectively. A persistent short-termism in both cases has led to costly and ineffective service provision, lost economic opportunities, and underfunded programs. A medium-term strategy is needed to both address own structural problems and mitigate the adverse effects of the conflict. These two objectives can be pursued in a joint manner because the synergies between them are high, especially in the following areas:

9.  A regional approach can generate a better equilibrium. In the Mashreq region, both problems and opportunities are transboundary. As the conflict in Syria has shown, instability expands beyond borders, but so do public goods (connectivity for transit trade). Thus, a regional approach can help better internalize these spillovers to minimize public bads and maximize public goods.

10.  Adopting a regional focus for stability and prosperity necessitates a concerted international effort. A supranational commitment to stability at the regional level can potentially make decision-makers feel safe enough to perform deep social and economic reforms, relaxing economic exclusion and alleviating the inherently interdependent fragility. Can such consensus be mustered? This report is optimistic, because the alternative is in no one’s interest.

Watch a live discussion on the report from the Brussels IV Conference that took place on June 24 "Supporting the future of Syria and the region." (VIDEO)