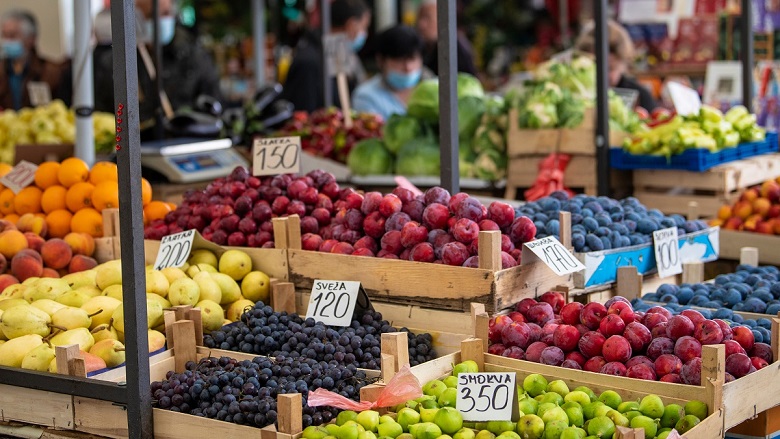 The Russian Federation’s invasion of Ukraine has triggered a humanitarian crisis, set back economic growth in Europe and Central Asia (ECA) and beyond, and heightened global geopolitical instability. The invasion has devastated Ukraine’s economy, while international sanctions have caused output to plummet in Russia. The largest spillovers of the war are likely to be through higher commodity prices and weaker external demand from the euro area.

Economic activity in Ukraine has been rendered impossible in some areas, with the war destroying productive infrastructure and halting Ukraine’s international goods trade. In Russia—the region’s largest economy—activity is contracting sharply. Neighboring economies are facing adverse spillovers from the war, including through fractures in critical trade and transit routes, sharp falls in remittances, and higher commodity prices and inflation. The war is dampening regional trade by weighing on external demand from the euro area—ECA’s largest trading partner—and Russia.

Inflationary pressures have intensified, with ECA’s median inflation accelerating to over 12 percent in April—its fastest pace since 2008, despite tightening monetary conditions in most economies over the past year. Higher energy prices have translated directly into larger import bills and wider current account deficits, particularly in countries highly dependent on imported energy. They have also generated sizable fiscal costs in several countries because of remaining fossil fuel subsidies.

Output in ECA is forecast to shrink by around 3 percent in 2022, as the war in Ukraine and its repercussions reverberate through commodity and financial markets, trade and migration links, and business and consumer confidence. The baseline projections assume that the war in Ukraine persists in the near term but becomes increasingly contained to the eastern part of the country. They also assume that uncertainty remains elevated relative to historical norms and that sanctions on Russia and Belarus as a response of the invasion remain in place over the forecast horizon.

In Ukraine, GDP is projected to contract by about 45 percent in 2022. Poverty rates below the $5.50 per day threshold is projected to increase from around 2 percent to 20 percent of the population in 2022. Russian output is forecast to contract by 8.9 percent in 2022, reflecting a sharp fall in domestic demand and declining exports. Russian GDP is expected to continue to contract in 2023, by 2 percent, as the impact of a partial oil embargo on Russia’s oil exports to the EU dampens net exports. In addition to Russia and Ukraine, four other ECA economies are expected to shrink this year – Belarus, Kyrgyz Republic, Moldova, and Tajikistan – while most of the rest are projected to experience a sharp growth deceleration.

Risks to the ECA outlook remain heavily skewed to the downside. Prolonged or intensified armed conflict could cause significantly larger economic damage and greater potential for fragmentation of international trade and investment, especially as it comes on the heels of heightened tensions in the region. The already dire humanitarian situation would also further deteriorate.

The outlook remains vulnerable to financial stress, especially given high debt levels and elevated inflation. Russia’s sizable macroeconomic buffers are now impaired, increasing the risk of a credit crunch in the banking sector—additional restrictions could cause further dysfunction in domestic financial markets and greater macroeconomic destabilization. There are unknown risks that could materialize in the regional financial system, potentially arising from under-appreciated exposures to Russia, such as leveraged over-the-counter products that depend on underlying Russian assets.

Embargos on energy imports from Russia could worsen the growth outlook, especially for the euro area—ECA’s largest trading partner—and Russia, which would further damage ECA’s economy. If record-high food prices persist, monetary policy tightening could accelerate, and a significantly higher number of people than currently expected could be pushed into extreme poverty and food insecurity.