The Economic Impact of the 2014 Ebola Epidemic: Short and Medium Term Estimates for West Africa

WASHINGTON, October 8, 2014—In a follow-up to its recent report on the economic impacts of the Ebola epidemic on Guinea, Liberia, and Sierra Leone—the countries most heavily affected by the Ebola crisis–the World Bank Group on Wednesday released new figures citing the possible costs of the disease on the wider West African region.

" With a large expansion of the outbreak, and Ebola spreading to other countries in the region, children would lose their providers, households would suffer losses to their income, businesses would lose workers to death, illness, and fear, and industries like mining and agriculture would slow down significantly " 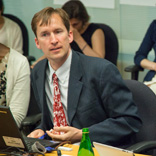 Factors contributing to the growing cost of Ebola include direct costs of the illness (government spending on health care) and indirect costs, such as lower labor productivity as a result of workers being ill, dying or caring for the sick.

But the majority of the costs stem from the higher costs of doing business within countries or across borders. These are largely due to “aversion behavior”, or changes in the behavior of individuals due to fear of contracting the disease, which has also left many businesses without workers, disrupted transportation and led to restrictions on travel for citizens from the afflicted countries.

Ebola already is having a significant impact on Guinea, Liberia and Sierra Leone. The countries with the highest number of Ebola cases have seen more than 3,400 deaths, and disruptions to their farming, tourism, manufacturing and mining industries. Liberia, with the highest rates of infection, could see a contraction of 5.2% in its 2015 GDP in the High Ebola case, leaving the country more than $100 million poorer than it would have been.

Across West Africa, the Ebola epidemic is having some ripple effects.

According to the report, if the Ebola epidemic is contained by the end of 2014, the economic impacts on West Africa, including on Guinea, Liberia and Sierra Leone, could be lessened and economies would begin to recover and catch up quickly. If the crisis continues into 2015 as predicted, slower growth could cost the region $32.6 billion over 2014 and 2015 and lead to much higher levels of poverty.

The report calls for:

Without these measures, as the report notes, “in addition to the immeasurable costs of lives lost, the loss of income in High Ebola could take years to recover”.

The impacts of Ebola on West Africa will be discussed on Thursday, October 9th from 7:30 to 9:00 ET at a high level event featuring the presidents of Guinea, Liberia and Sierra Leone. The discussion will be streamed live at https://live.worldbank.org/impact-of-ebola-crisis