WASHINGTON, July 28, 2015 — A new commitment to regional trade in the region is needed to accelerate agricultural production, boost growth and ensure adequate food for more people, according to a new World Bank report.

The report, Connecting Food Staples and Input Markets in West Africa: A Regional Trade Agenda for ECOWAS Countries, calls on governments in West Africa to move beyond nationally-focused food policies and address regional trade within the Economic Community of West African States (ECOWAS) to link farmers with consumers in the region’s booming urban areas.

“Food staples belong at the heart of the ECOWAS agenda on agriculture,” said Jean-Christophe Maur, World Bank senior economist and lead author of the report. “The importance of cross-border cooperation to secure the food supply, as well as manage common natural resources, regional diseases and security challenges, has been made painfully clear in recent years. Now is the time to act and embrace regional trade for what it is — the opportunity to feed populations, reduce poverty, generate jobs and promote shared prosperity.”

The report builds on the lessons of the World Bank report, “Africa Can Help Feed Africa,” and examines the specific circumstances in West Africa, home to one-third of the continent’s population, and bringing new analysis to the food staples trade and policies in the region.

Africa has tremendous agriculture potential with more than half of the world’s fertile yet unused land. Yet countries on the continent are increasingly dependent on food imports from the rest of the world. West African governments, supported by commodity sales, import significant quantities of staples such as rice, maize, cassava and millet, all which are the main source of calories in the region. The food crisis of 2007-2008, followed by rising international food prices, low production levels and a heavy reliance on food imports, has left West African nations unable to affordably feed their citizens, the report notes.

Regional trade in West Africa is key to food security and agricultural development, and can play an important role if supported by policies and commitments from neighboring countries, according to the report. Trade across borders will create economies of scale in food production, expand opportunities for producers, and sharply reduce the vulnerability of families, especially the poor, to price volatilities, drought and other shocks.

An active regional agenda exists in West Africa, and regional institutions such as ECOWAS have shown initiative with the recent adoption of harmonized trade and quality control rules for seed and fertilizer markets, according to the report.  Yet despite commitments to integration, the report finds that many of the 15 ECOWAS member states are pursuing policies to support national self-sufficiency, including import bans on food staples from neighboring countries.

Lacking adequate regional policies trade across borders, food producers in West Africa suffer from poorly managed transport and warehousing, a lack of financing, and fragmented supply chains such as refrigeration for perishables, all which hamper the sale of food staples, according to the report. This fragmentation also presents challenges to smallhold farmers and small traders, effectively keeping them from producing excess crops to sell to the food industry.

Working Together for Growth

With the right policies put in place, the potential for regional trade in West Africa could be considerably superior to what it is today, the report notes. ECOWAS is uniquely placed to facilitate, coordinate and enforce such a transition. The report explores a number of options for both regional and national policy makers.

“Obstacles such as import restrictions, high transport costs and a lack of standards and quality policies make it impossible to share resources and food staples among countries in West Africa,” says Ben Shepherd, co-author of the report. “Steps to establish an integrated trade market can help improve food security with excess supply in one part of the region easily being shipped to a community with a high demand in another part.” 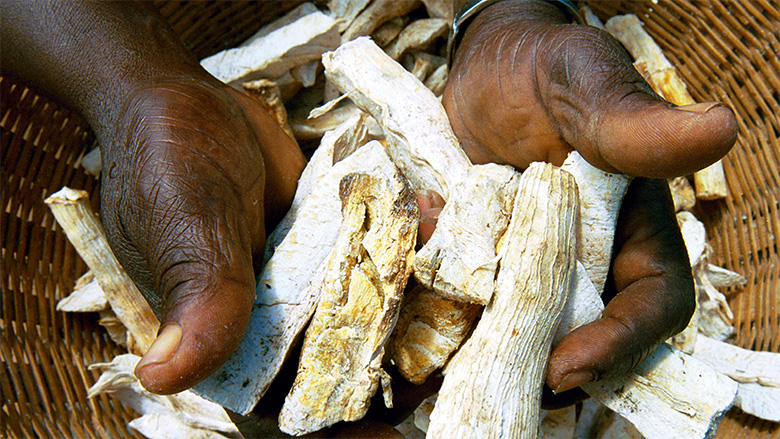