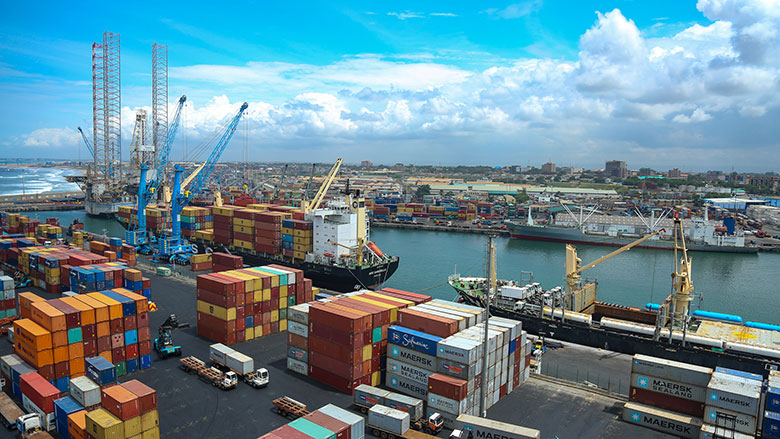 Growth in Sub-Saharan Africa is estimated to have rebounded to 2.4 percent in 2017, after slowing sharply to 1.3 percent in 2016. The rise reflects a modest recovery in Angola, Nigeria, and South Africa—the region’s largest economies—supported by an improvement in commodity prices, favorable global financing conditions, and slowing inflation that helped to lift household demand. However, growth was slightly weaker than expected, as the region is still experiencing negative per capita income growth, weak investment, and a decline in productivity growth.

Although oil producers in the region continue to deal with the effects of the earlier oil price collapse, growth rebounded moderately in metals-exporting countries, reflecting an uptick in mining output amid rising metals prices, while growth in non-resource-intensive countries—largely agricultural exporters—was broadly stable, supported by infrastructure investment and crop production.

Fiscal deficits narrowed slightly in 2017, the result of large spending cuts in some oil exporters. However, government debt continued to rise across the region compared to 2016, as countries borrowed to finance public investment.

Growth in the region is projected to continue to rise to 3.2 percent in 2018 and to 3.5 in 2019, on the back of firming commodity prices and gradually strengthening domestic demand. However, growth will remain below pre-crisis averages, partly reflecting a struggle in larger economies to boost private investment.

South Africa is forecast to tick up to 1.1 percent growth in 2018 from 0.8 percent in 2017. The recovery is expected to solidify, as improving business sentiment supports a modest rise in investment. However, policy uncertainty is likely to remain and could slow needed structural reforms. Nigeria is anticipated to accelerate to a 2.5 percent rate this year from 1 percent growth in the year just ended. An upward revision to Nigeria’s forecast is based on expectation that oil production will continue to recover and that reforms will lift non-oil sector growth. Growth in Angola is expected to increase to 1.6 percent in 2018, as a successful political transition improves the possibility of reforms that ameliorate the business environment.

Non-resource intensive countries are expected to expand at a solid pace, helped by robust investment growth. Côte d’Ivoire is forecast to expand by 7.2 percent in 2018; Senegal by 6.9 percent; Ethiopia by 8.2 percent; Tanzania by 6.8 percent; and Kenya by 5.5 percent as inflation eases.

However, given demographic and investment trends across the region over the longer term, structural reforms would be needed to boost potential growth over the next decade.

The regional outlook is subject to external and domestic risks, and is tilted to the downside. Although stronger-than-expected activity in the United States and Euro Area could push regional growth up due to greater exports and increased mining and infrastructure investment, an abrupt slowdown in China could generate adverse spillovers to the region through lower-than-expected commodity prices.

On the domestic front, excessive external borrowing without forward-looking budget management could worsen debt dynamics and hurt growth in many countries. A steeper-than-anticipated tightening of global financing conditions could also lead to a reversal in capital flows to the region. Protracted political and policy uncertainty could further hurt confidence and deter investment in some countries.