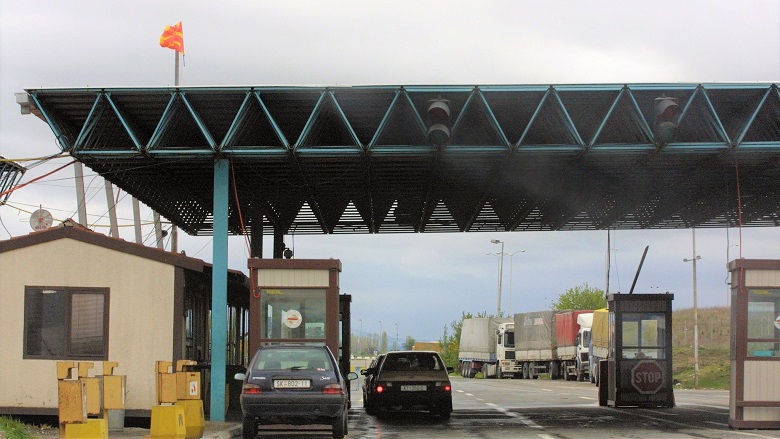 Lines of trucks, often hundreds of vehicles long, have been a frequent sight at many border crossings, including during the COVID-19 pandemic. This is just one of the most visible reminders of the challenges faced by traders and even more so at the height of the pandemic.

Maintaining trade flows during the COVID-19 pandemic has been crucial in providing access to essential food and medical items and in limiting negative impacts on jobs and poverty. For North Macedonia—highly integrated into international trade, with a total trade-to-GDP ratio of over 133% —mitigating pandemic-related trade risks has been essential. The country’s focus on trade facilitation—simplification, modernization and harmonization of export and import processes—has helped facilitate trade in times of crisis, such as COVID-19.

Whilst the Macedonian economy has contracted as a result of the pandemic—like elsewhere across the globe—trade facilitation can play a key role in helping the country to build back better and be more resilient for future emergencies.

The pandemic has accelerated the use of digital trade

According to a recent survey conducted by the World Trade Organization on trade facilitation and COVID-19, digital measures, such as ‘single windows’, have helped countries through the crisis. Single windows are online platforms, which automate trade procedures and replace the need for physical, manual, and duplicative processes. The digital platforms play an important role in speeding up border procedures, allowing seamless processing, and reducing the need for physical contact between border agencies and traders.

Single windows also enhance transparency for trade. The online platforms provide access to trade-related information and ensure that all formalities are accessible to all traders, including micro, small and medium-sized-enterprises (MSMEs), who have been hit hardest by the crisis. Post-pandemic trade facilitation reforms to automate and streamline border procedures, simplify fees, and foster inclusion of MSMEs will matter most.

North Macedonia has trade facilitation measures already in place at its borders and airports to keep goods flowing. Before the pandemic, the government was committed to improving trade and investment by improving regulations, processes, and practices that were burdensome to private businesses, and addressing investment climate issues that can hold back investment and growth.

The government’s focus on automation has already significantly reduced the time and cost to trade. North Macedonia is the only country in the wider region that has an electronic application system for export/import licenses and tariff quotas, called EXIM (www.exim.gov.mk). The online system connects the 16 major cross-border regulatory agencies. It enables traders to access information on licensing 24/7, submit documentation and receive electronic licenses relating to import and export through one submission.

Building on this momentum, the government has further deepened its commitment to automation with the development of a national single window. The new and improved system will take digital trade to the next level. It will offer a fully electronic trade environment and connect all cross-border agencies across the supply chain. Processes will be standardized across all agencies and will include all licenses, permits and certificates. Importantly, the system will also support the electronic payment of fees.

The International Finance Corporation, a member of the World Bank Group, is assisting the government in building a roadmap or blueprint for the national single window (legal, governance, business process reviews, technical architecture, etc.) and to catalyze stakeholder consensus, amongst both the public and private sectors, for the reform. This will create avenues for private sector growth and new investment – key pillars of the IFC strategy in North Macedonia. The support is part of a regional World Bank Group initiative in the Western Balkans to harmonize and strengthen regional trade, including with the development of roadmaps for national single windows in North Macedonia, Albania, and Serbia. The process is running in parallel in all three countries and is expected to be completed by mid-2021.

The national single window will bring North Macedonia and the Western Balkans region closer to international trade standards, such as the European Union regulations and the World Trade Organization Trade Facilitation Agreement. The agreement contains provisions for expediting the movement, release, and clearance of goods, including goods in transit. It also sets out measures for effective cooperation between customs and other appropriate authorities on trade facilitation and customs compliance issues.

After COVID-19, digital trade initiatives, like the single window, will play a key role in building resilient trade flows. The digitalization and simplification of trade procedures – saving time and costs for business – will enhance competitiveness and help North Macedonia participate more fully in the global economy.

Support for the implementation of the single window is being provided by the World Bank Group through financing (a lending agreement between the World Bank and the Government of North Macedonia). The National Single Window Roadmap initiative in North Macedonia, Albania and Serbia is implemented by IFC in partnership with the Good Governance Fund of the United Kingdom’s Foreign Commonwealth and Development Office.