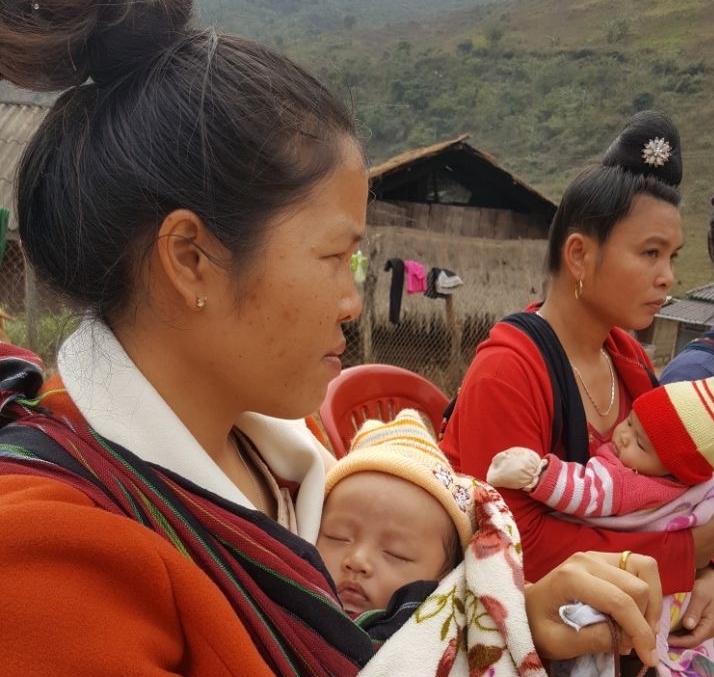 Mothers and their babies in a remote village of Laos

Disbursement Linked Indicators (DLIs), a results-based financing instrument, is effectively addressing the problem of inequity in Lao PDR’s immunization efforts by boosting vaccination rates in 50 remote districts that have historically been lagging behind the rest of the country. A US$4 million grant from Australia’s Department of Foreign Affairs and Trade (DFAT), administered by the World Bank through the MDTF, with IDA resources, has been pivotal to increase immunization coverage in these districts.

The increase occurred over the last two years since the DLIs were introduced and was at a much larger magnitude than in the rest of the districts not targeted through these measures. The design of this program and technical assistance was supported with funds from Gavi, the Vaccine Alliance as the country prepared for transition from Gavi. Immunization rates in the 50 targeted lagging districts increased by an average of 22% for MCV (measles-containing vaccine) and 30% for Pentavalent-3 vaccine (diphtheria, tetanus, pertussis, hepatitis B and Haemophilus influenzae type b). These substantial increases were achieved through focused performance-based measures, set under the DLI instrument, compared to the 1% and 4% respective increase over the same period in the remaining districts of the country.

It is an excellent example of how evidence led to evidence-based implementation. After the health financing and immunization assessment (with support from DFAT and Gavi) identified the lowest performing districts, DFAT funds were added during the additional financing of the World Bank’s Health Governance and Nutrition Development Project (HGNDP) undertaken in late-2017. HGNDP uses the DLI approach to implement key reforms for better health outcomes. DLIs release funds when a set of agreed upon results are verified. They are linked not only to outcome and output but also other critical program performance criteria. In the case of the DFAT grant, the DLIs were set to ensure that integrated outreach services, and other managerial and technical measures were undertaken in a focused manner, in these 50 remote, hard-to-reach, high-priority districts.

Lao PDR is graduating from its Least Developed Country status this year and is moving towards becoming an upper-middle-income country by 2030, thanks to its robust economic growth over the past decade. The country has also adopted the policy goal of attaining Universal Health Coverage by 2025. However, there are challenges of low and inequitable coverage as well as disparities between poor and geographically isolated areas in the country. The use of DLIs in recipient executed projects, such as with the DFAT grant, has brought a strong equity dimension to immunization and outreach services in the remote districts of Laos.