Do Trees on Farms Matter in African Agriculture? 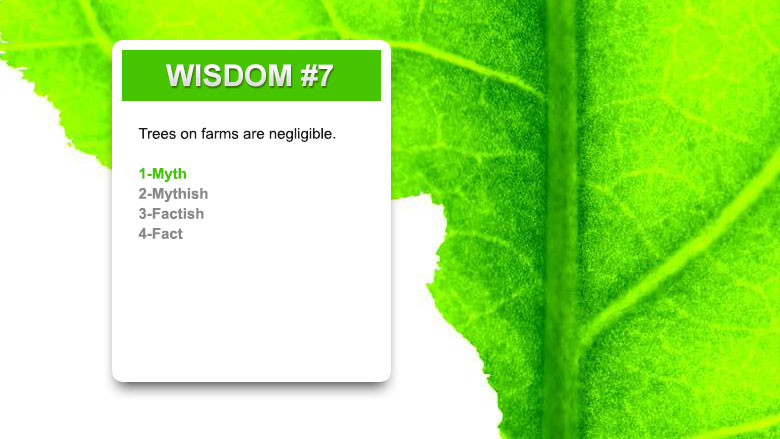 Trees on farms in Sub-Saharan Africa are typically more widespread and important than previously thought. They provide a significant source of income for many households across the continent and, in some contexts, a measure of food security. Because data limitations prevent a proper account of the indirect (environmental effects of trees on farms (soil conservation, biodiversity, etc.), they are likely even more important than the numbers presented here suggest. The implication is that governments and others should raise the profile of trees as an important crop and recognize that trees on farms can be an integral part of landscape planning, particularly in the face of a changing climate.

Trees on farms are often overlooked in research and policy on agriculture, forests, and rural livelihoods in Sub-Saharan Africa. Forestry as a field largely focuses on trees in forests rather than outside them. The focus in agriculture is usually on annual crops.  One consequence of this separation is limited empirical knowledge of the prevalence of trees on farms and their economic contribution across the continent.  Sub-national case studies suggest that on-farm trees can be important to household welfare, but there is little national-scale evidence.

This study uses nationally representative data from the Living Standards Measurement Study - Integrated Surveys on Agriculture (LSMS-ISA) in five African countries: Ethiopia, Malawi, Nigeria, Uganda and, Tanzania. Together, these countries represent 41% of the population in Sub-Saharan Africa and cover a wide array of agro-ecological zones. The dataset includes information from more than geo-referenced 20,000 households surveyed during 2010-2012.  This also permits examining the effect of variables such as distance to forest, population, soil quality, and other relevant variables. This information is used to picture and explain the prevalence of trees on farms across the study countries.

1. Trees are widespread on farmland across LSMS-ISA countries.

2. The contribution of trees on farms to rural livelihoods is non-negligible 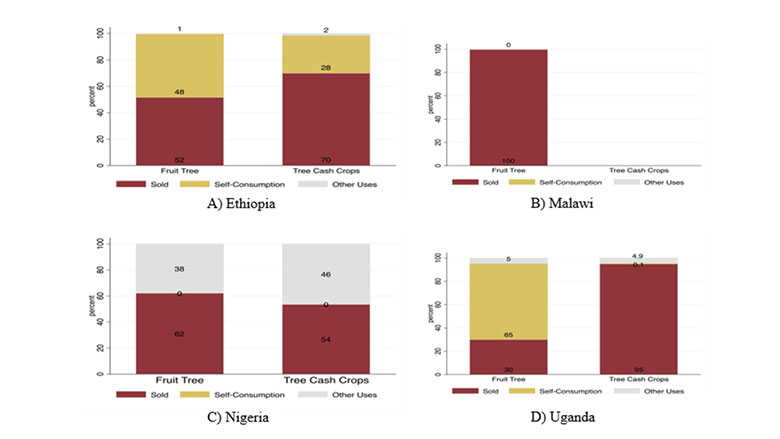 Note: Figures show whether different categories of trees on farms were sold, used for self-consumption, or had other uses. Data not available for Tanzania; in Nigeria, the share of tree products for self-consumption was not collected. All statistics were corrected by sampling weight.

3. Drivers of on farm tree growing