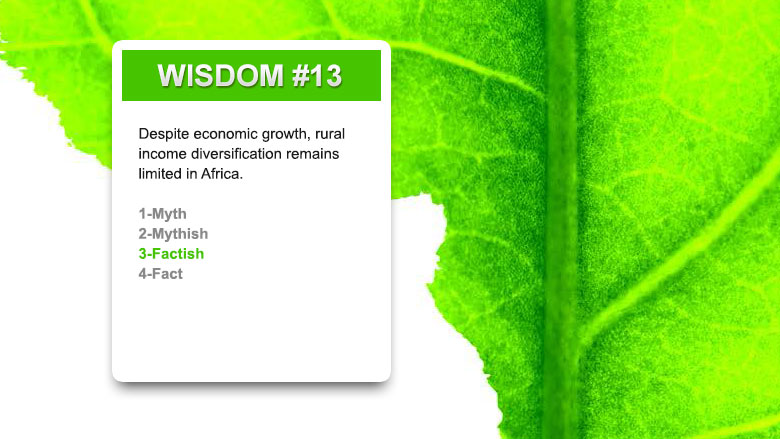 The analysis uses comparable disaggregated income data from 41 national household surveys from 22 countries from all developing regions spanning 1991–2012. It complements the surveys compiled in the Rural Income Generating Activities (RIGA) database of the Food and Agriculture Organization of the United Nations with six Living Standard Measurement Study–Integrated Surveys on Agriculture (LSMS-ISA). The nine African countries included in the study, Ethiopia, Ghana, Kenya, Madagascar, Malawi, Niger, Nigeria, Tanzania, Uganda, represent 51% of the Sub-Saharan African population in 2012. Comparable protocols were followed to construct the occupational classifications and income aggregates as described on the RIGA website. The geo-referencing of the households in the LSMS-ISA surveys is exploited to analyze the role of geography in income diversification.