I am delighted to be part of the first meeting of the Greenback Advisory Group and join you in the efforts of leveraging remittances for broader financial inclusion efforts in Albania.

The Greenback Advisory Group started out as an idea to upscale the work that the Payment Systems Development Group at the World Bank Group is carrying out in partnership with the Bank of Albania, which is supported by the Remittances and Payments Program funded by the Swiss Secretariat of Economic Affairs (SECO).

The program also extends to other countries in the region and aims at increasing the safety and efficiency of retail payments, with a specific focus on international remittances. Financial inclusion is one of the ultimate goals of this program, and one way it is emphasized in this program is through the implementation of the Project Greenback 2.0 component in Berat.

What is Project Greenback 2.0? Why should we care about financial inclusion? Why do we care so much about remittances?

Remittances are a vital component of the average family income in Albania. According to World Bank data, there are 1.2 million Albanians living abroad, which is more than 40 percent of the current population living within Albanian borders. The World Bank estimates that remittance inflows through regulated channels in 2018 will amount to $1.6 billion, representing 10.4 percent of GDP. 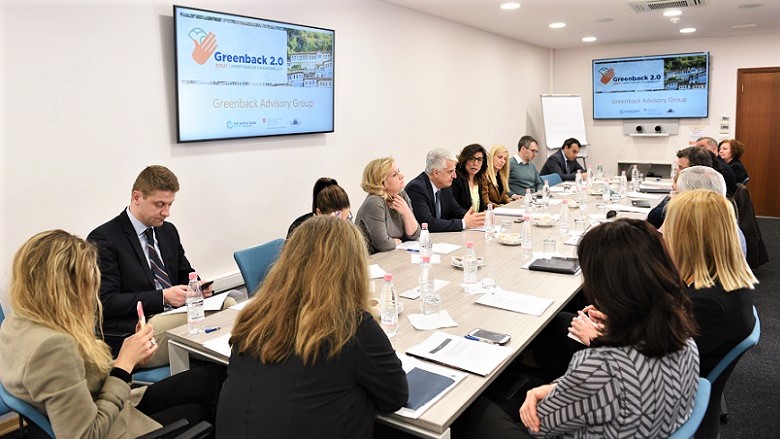 However, this major source of income for the Albanian family comes at a steep price. The cost of sending remittances to Albania is high. The latest data (Q4 of 2018) shows that the average cost of sending $200 (or equivalent) to Albania is 9.2 percent of the amount (or, approx. $18.40). This iswell above the global average cost (7.01 percent) and the regional (Eastern Europe and Central Asia) average (6.9 percent).

The price could be even higher considering indirect costs of sending and receiving remittances, such as distance to the point of service, exchange rate conversions and cash transactions.  According to another study conducted by the World Bank Group team for the same program, this is estimated to be around one percent of every $200 sent to Albania. As a result, the World Bank Group estimates that more than one third (37 percent) of remittance inflows are based on physical transportation of cash across the borders.

With this context in mind, the World Bank Group is implementing the Greenback framework in Berat, the city with the second highest ratio of remittances received by the population, after Dibër.

The project focuses on the demand side – the users of remittance services, promoting financial literacy and awareness campaigns locally; and also, on the supply side: the project interacts with remittance service providers, with the objective of encouraging demand-driven best practices.

In addition, remittances mark the first access point for many families into the regulated financial sector and serve as a major source of financing not only for consumption, but also for longer term prosperity for the recipients. Remittances sent via regulated channels into accounts can serve as proof of income for many and can be used for collateral or credit history for loans or pave the way for a digital economy by encouraging digital payments. Hence the link to financial inclusion...

The World Bank Group has set up the Greenback Advisory Group, a unique stakeholder forum committed to make financial inclusion work for the poor in this context. I am glad to see that various representatives of international organizations, local and national authorities, regulators, NGOs and associations have kindly accepted to support our initiative and will set off on a journey to provide specific recommendations on the topic.

This is an excellent opportunity for us to identify and explore potential synergies between your current projects and initiatives and our work on payments, remittances and financial inclusion. Secondly, the Greenback methodology allows for easy transfer of materials, knowledge base and know – how to other segments or geographical areas. The World Bank welcomes any suggestions on how to maximize the results from the project implementation in Berat, but also on how to carry this work forward after the project ends. Last but not least, raising the profile of the financial inclusion in the country through this highly influential group would highly benefit the broader sustainability agenda in the country and inform subsequent initiatives.

To sum up, I would like to thank you once again for being at the forefront of the development agenda in the country, for bringing a unique experience to well-known challenges and for proactively suggesting and joining forces with us to make remittances foster prosperity.

Thank you for your attention and for coming here today.