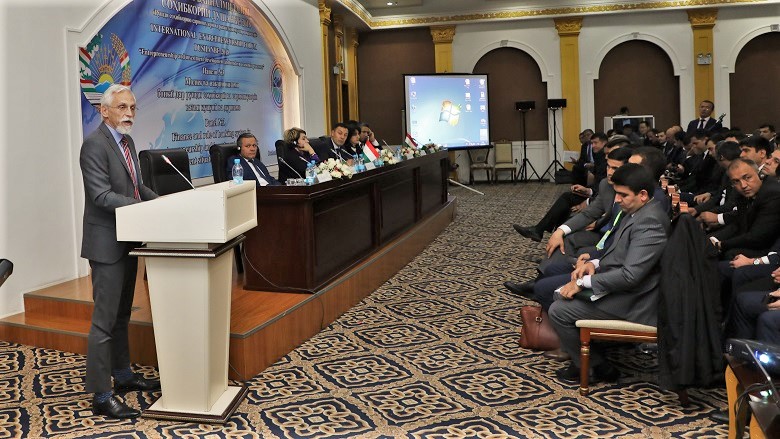 Economic decisions reflect market-participants’ trust in one another and confidence in the future. This applies to decisions by entrepreneurs on potential investments, by households on entrusting their savings to banks, and by financial institutions on providing credits to the economy. Trust and confidence are earned—gradually—by actions that are consistent with agreements and expectations, a process that is considerably more difficult after episodes of setback and disappointment. Within the context of an ambitious program of sectoral reform, Tajikistan’s financial sector, since 2016, has been moving from crisis response to consolidation and a focus on redefining business plans with which to permit banks to play a more active role in the country’s overall development agenda.

The National Bank of Tajikistan (NBT), with support from international development partners, has taken a proactive stance in strengthening the institutional foundation for a modern, healthy, and profitable banking sector based on increased transparency, competition, and customer service. The central bank’s preparation of reforms required to anchor its overall monetary-policy framework on “inflation targeting” requires—and reflects its commitment to—properly functioning markets, fair competition, and clear price signals.

This process is supported by parallel efforts to exploit emerging export opportunities in large neighboring markets—in energy, minerals and metals, textiles, and agricultural products—and providing the private sector with an environment that will boost investments, innovations, employment, profits. A precondition for such an “innovative-industrial” development (or endogenous growth) scenario, as outlined in Tajikistan’s National Development Strategy, would be the deepening of financial intermediation.

This process starts with a shallow financial sector in the process of consolidation. Credits to the private sector have continued to decline from a pre-crisis peak of more than 22 percent of GDP in 2015 to around 14½ percent in 2017 (and a projected 13½ percent in 2018). Comparable 2017 ratios in Kyrgyzstan or Armenia, for instance, stand at 22½ and 46 percent of GDP, respectively. These examples underline the need to maintain the focus on strengthening the financial sector and market participants’ trust and confidence, not least with a view of increasing the role that financial institutions are willing and able to play in supporting private-sector investment and innovation.

Remaining challenges and priorities are generally well-known. Firms, on the one hand, would be more interested in requesting bank financing for potential investments if banks were able to (i) provide more long-term financing; (ii) lower lending rates; and (iii) lower collateral requirements. The establishment of a well-functioning credit bureau—a model for the region—has already facilitated banks’ ability to increase firms’ access to affordable credits. Banks, on the other hand, would be in a better position to approve credit requests, including from small and medium-sized businesses with whom they have not yet established long-standing business relations, if they were able to (i) base their decisions on fully transparent, reliable, and audited financial statements; (ii) register immovable and movable collateral; (iii) enforce claims and property rights; and (iv) assess the quality and viability of proposed business plans, including effective tax obligations.

The academic literature is very clear on this point: financial development is a robust leading indicator of long-term economic growth. Some contributions describe the possibility of dual equilibria in financial markets, that is, of two stable outcomes, depending on an economy’s starting point. Without focused reform efforts, an economy could end up with a permanently underdeveloped financial market and narrow private sector, undermining efforts to foster innovation, productivity growth, and socio-economic development. Only with a strong policy commitment can an economy be lifted onto a superior level—a high-level equilibrium—with strong, competitive financial markets that encourage technological advance, economic diversification, and employment growth. With such an outcome being in everyone’s economic interest, central banks in many countries have been given full independence from political direction as well as a clear policy mandate and corresponding accountability.

In Tajikistan, the most frequently discussed topic—inside and outside financial circles—relates to high credit rates. Clearly, very few legal activities earn an inflation-adjusted rate of return of 20 or 25 percent per annum. Not surprisingly, there is a widespread interest

in seeing interest rates decline. For this to happen, it is important to understand their root causes. First, loanable funds are scarce, reflecting a very narrow deposit base. Given current levels of domestic productivity, many families have no savings and enterprises have limited liquidity. Second, banks require high risk premia, on the account of (perceived) country and corporate risks. Thus, one policy response consists of addressing these constraints. If successful, the outcome would be an increased supply in credit at lower interest rates (which economists would depict by an outward-shift of the supply curve).

The alternative method of relying on administrative caps to interest rates would, if successful, also lead to lower interest rates—but at the expense of an even lower supply of funds available for the private sector (depicted by a move down an existing supply curve towards the administrative interest rate). Such a policy response would only reinforce the inherent risk of cementing a low-level equilibrium of shallow financial intermediation and stagnant private-sector activities. There are, unfortunately, abundant examples worldwide that demonstrate the link between heavy-handed regulation and the detrimental impact on the banking system.

To be able move from a low-level equilibrium onto a high-level one, there is no alternative but to implement reforms to strengthen the banking sector and corporate governance. Such a reform agenda comprises a fiscally sustainable bank-resolution framework aimed at rationalizing lending practices, restructuring outstanding, non-performing debt by SOEs, and addressing other key factors that could weaken commercial banks’ balance sheets. To effectively increase credits to the economy and decrease credit rates, firm steps need to be taken to guarantee free and fair competition, reinforce corporate governance, improve market discipline, and strengthen operational efficiency. Complementing these efforts with measures to encourage financial inclusion and support a “savings culture” (including by strengthening financial literacy, financial inclusion, consumer protection, and the institutional architecture surrounding collaterals or deposit insurance) would help to alleviate funding constraints and deepen financial intermediation.

Free and fair competition, with clear and transparent regulation and reporting, would help the economy channel available resources efficiently towards productive uses. The World Bank Group, in close cooperation also with our Swiss development partners from SECO, would like to take this opportunity to reconfirm its commitment to providing technical and financial support in efforts to have Tajikistan’s banking sector develop into a powerful engine of growth and development. A country in the midst of hundreds of millions of potential clients for its principal export commodities and services, at the brink of providing a supportive public infrastructure, including in energy, and recognizant of the need to provide the private sector with a supportive business climate and level playing field offers its banks a solid perspective and their clients the trust and confidence needed to dare to invest in Tajikistan. In conjunction, this would generate a virtuous cycle of increased investments, productivity, revenue, income levels, employment, and—yes—tax revenues.