On behalf of the World Bank as the Secretariat of the Mindanao Trust Fund, let me extend a very warm welcome to you all this morning.

Today we recognize and pay tribute to all of you who have been the key contributors to the Mindanao Trust Fund over the past eleven years.

We don’t usually organize an event of this scale when a project closes. But in so many respects the Mindanao Trust Fund-Reconstruction and Development Project has not been a regular project.

The program has worked across a vast geographic scope, from Tawi-Tawi, Sulu and Basilan in the south-west to Davao Oriental in the east, dealing with the challenges of remoteness and insecurity.

And as I looked around the booths this morning, it was impossible not to be impressed by the sheer breadth of activity the MTF-RDP has supported.  Starting in 2006 with community-driven development, the MTF has been a flexible and responsive accompaniment to the peace process.  Following the signing of the Framework Agreement on the Bangsamoro in 2012, the MTF expanded to support small community enterprise development, the formulation of the Bangsamoro Development Plan and the MILF’s Project Management Team for Sajahatra Bangsamoro.

The program has confronted challenges and inevitably confronted its fair share of setbacks, but I think everybody here can be enormously proud of the program’s many achievements. So, please give yourselves a round of applause.

I’d like to acknowledge a few people in particular:

While the MTF-RDP is closing, our commitment does not end here. On the part of the World Bank, we are working to significantly scale up assistance in Mindanao for peace and development, to generate jobs, to build strong institutions and to support social cohesion on the ground.

In these and other activities, we look forward to continuing to work with all of you, building on the gains of eleven years of partnership for peace and development under the MTF.

I didn’t say a lot in my remarks about the project itself.  That’s because we have a video presentation that will give you a taste of just part of the journey of the MTF-RDP.  So, I invite you to turn your eyes now to the big screen behind me. 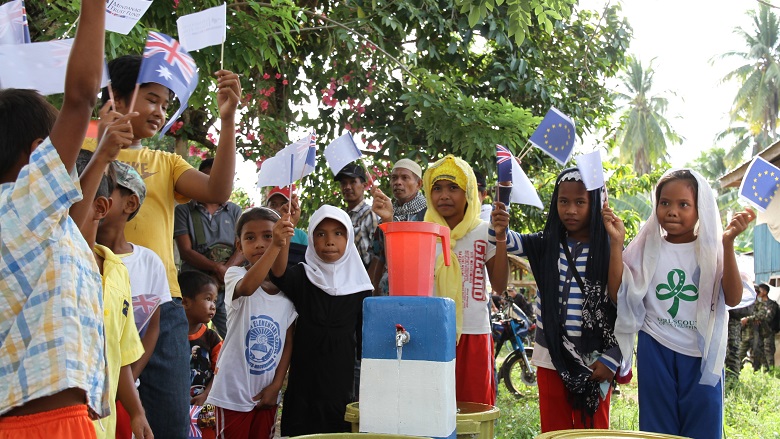