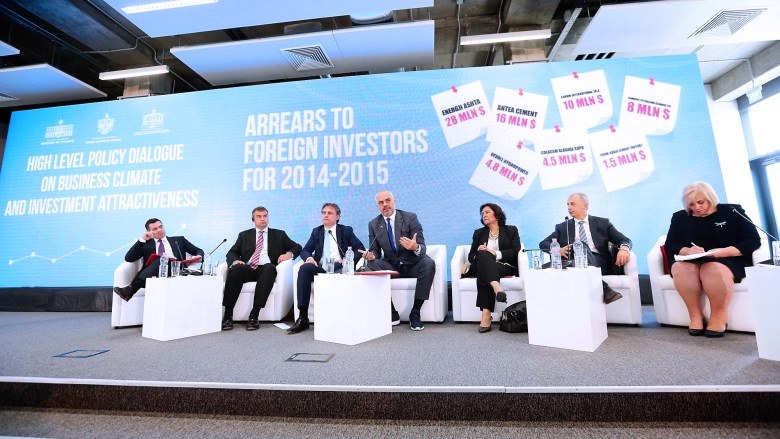 Albania has seen transformational change in the past two decades – moving from a low income to an upper middle income country, with absolute poverty declining by half. This reminder is important as Albania’s track record demonstrates its resilience and strength not only in the past, but also today and in the future. Since early transition period, Albania made a transformational progress towards growth and welfare improvement of its citizens.

The growth model heavily relied on consumption as the main driver of growth.  The expansion of consumption was fueled by foreign capital flows, including large remittances. But this growth model had inherent sustainability risks. It led to the eventual accumulation of macroeconomic imbalances in the external, fiscal and financial sectors.   The global financial crisis brought these weaknesses to the fore. Growth slowed, decline in poverty halted and income convergence with the EU stalled.

Eight years after the global financial crisis, there are today encouraging signs of recovery and rebalancing of growth anchored in macro-fiscal and structural reforms initiated by Government during the past few years. Last year, growth continued its upward recovery path, and most importantly, growth is rebalancing towards private investments. We project growth to reach 3.2 percent in 2016 and gradually increase to 3.8 percent in 2019. Labor markets are awakening in response to growth, with some rise, though small, in labor force participation and employment. Fiscal policy remains geared toward stabilization, a necessary condition for an efficient use of domestic savings and attracting foreign flows. Progress has also been achieved in a number of structural reforms: in the energy sector the country is moving towards financial sustainability and market liberalization while pension reforms are lowering the fiscal burden of social insurance spending.

Public service delivery improvements is another key area benefiting from Government reforms including through creation of models to separate front and back office services, and establishing one stop shops for business registration. Let me especially highlight  power sector reforms as these are required for restoring investor confidence in the sector and unlocking further investments in Albania’s hydropower potential. The first phase has shown remarkable results in loss reduction and increase in collection rates. The second phase - improving governance and putting the sector on a sustainable path -is an essential element in creating a business environment that is attractive to investors and in ensuring regular service to citizens.

These multi-pronged reforms, and their implementation, led to a record ramp up of WBG support for Albania amounting to $1.2 billion over a four year period. It is the World Bank Group’s mandate to eliminate poverty and promote shared prosperity— hence supporting Albania in its efforts towards restoring economic growth and creating employment opportunities is our top priority.

As the economy stabilizes, a key challenge is what it will take to accelerate growth and job creation. This requires fostering private sector growth and investments. Albania needs to be seen as an attractive investment destination for foreign investors and an equally attractive business environment for the private sector. In this regard, three priorities areas are critical.

The first priority area is macro-fiscal stabilization. The progress so far in this areas has been highly encouraging:  fiscal consolidation is under way, arrears to the private sector have been cleared, and public finance management is being reformed. These measures need to be sustained and coupled with increased efforts to raise revenues, and putting in place a fair, stable, transparent and coherent implementation of the tax policy regime for a sound business climate. The fight against informality has been making steady progress. The focus on fiscal consolidation should not prevent the country from maintaining an efficient public investment program.

Better management of public investment, credible public procurement, and concessionary contracts based on value for money, not only lower the direct costs of fiscal consolidation, but improve business climate through establishing fair and transparent competition among private operators. Regarding the financial sector, while banks are sufficiently-capitalized and provisions are adequate, the high ratio of non-performing loans needs to be reversed at a faster pace. The Government is well advanced on preparing reforms for instituting much needed improvements in the bankruptcy framework and removal of barriers to collateral execution. Timely implementation of these changes will lower the risk premiums and stimulate growth.

The second priority area is better integration into the global economy. Albania needs to grow at an average of above 4.5 percent per annum in order to catch up with the average living standards of the EU within several decades. It needs to integrate into the global economy more successfully in order to grow at these higher levels and create more jobs. This also requires a structural shift toward increased productivity among firms and a boost in the external competitiveness of the economy. Global experience shows that small countries (with less than 10 million people) that reach high income status tend to generate at least 50 percent of their wealth through exports in order to become high income countries. Albania has a number of strengths it can leverage. Its assets include a well-educated and internet-savvy population, proximity to the world's largest economic bloc, and low labor costs. Its geographic location should facilitate its integration into regional and global value chains (e.g. agriculture and “façon”).

However, Albania’s trade volumes are substantially below its peers and its potential. Exports are only 35 percent of GDP and are close to 40 percent below their potential. Challenges in this area include the difficulty to trade across borders efficiently due to less than optimum management at maritime entry points, still cumbersome border clearance processes and the absence of risk based inspection for imports of food products. As you know, Albania’s export growth is mostly driven by exports of the same products to the same markets. Due to this concentration of exports in a few destinations, there is a high degree of vulnerability to country-specific shocks. Moreover, as the economy grows, the competitive advantage of low labor costs is likely to reduce.  Hence, the need to diversify the export base and move up the value of chain with technological readiness and a skilled labor force to keep the pace of exports.

The third priority area is improving investment attraction and business climate – the topic of today’s dialogue. Albania’s overall FDI performance remains positive in absolute terms. However, it lags behind some top performers in the region that have benefited from integration with the EU, such as Bulgaria and Hungary.  A positive development is that FDIs have benefited from large privatization in services sectors, including banking and communications, and, most recently, large energy infrastructure projects, such as TAP. Government is also encouraging more broad based FDIs to include sectors which can leverage the country’s human capital and facilitate job creation.

Moreover, having transparent policy framework for attracting and retaining investments is essential. A singular investment regime, applicable to all investors and aligned with international good practices, will help attract and retain foreign investments and spur local business development. The work underway to establish a governance framework for systematically addressing investor retention issues and investor concerns is a step in the right direction. Addressing these concerns will add to the country’s attractiveness for existing investors, and its reputation among potential future investors. Ensuring stability in contract enforcement, establishing a strong judicial system, enforcing rule of law and predictability in rules are also critical factors for boosting investments.

Regarding the business climate, we appreciate Government commitment to make faster progress in the ease of doing business. The recent reforms on establishing one stop shop for starting a business, removal of moratorium on issuance of construction permits and launching e-permitting are laudable. Further reforms in the areas of paying taxes, protecting minority investors, resolving insolvency, trading across borders, and registering property and access to electricity will make it easier to do business.

In sum, let me close by noting the reforming environment that is contributing to results and reiterate the need to sustain reforms.  I also highlight the three priority areas for Albania to accelerate growth and job creation: (i) macro fiscal stability; (ii) integration into global markets; and (iii) investment and business climate. We share the Government’s vision to upgrade the business environment to global standards, and make Albania attractive as a global investment destination. Continued progress in implementing reforms should help you accomplish your vision.  We stand ready to support your work in these areas.

I hope the discussions today will productive and useful for all stakeholders. 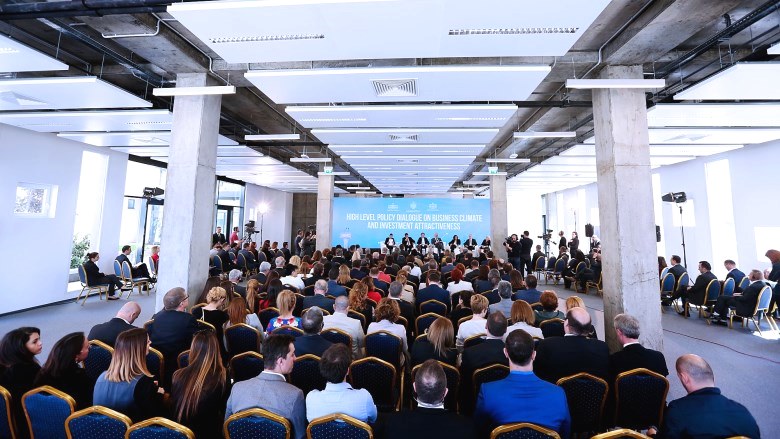