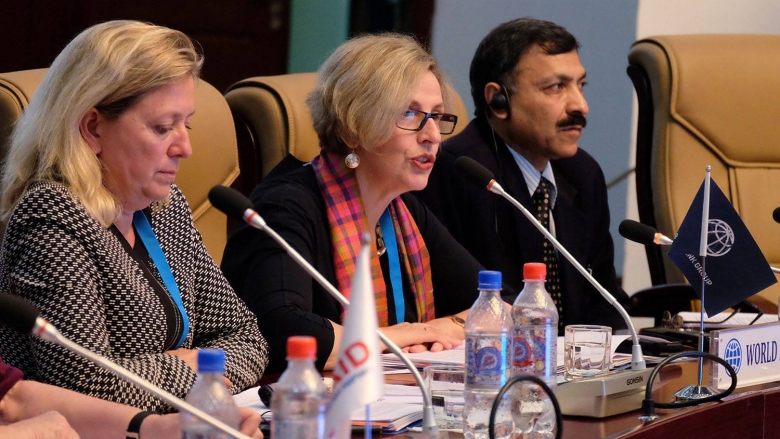 The World Bank is extremely happy to see that countries from both Central Asia and South Asia regions are demonstrating strong commitment to the regional cooperation, addressing their energy challenges together by developing the vision of CASAREM (Central Asia South Asia Regional Electricity Market).

I personally, have a strong association with this vision and CASA-1000 project, both in my past capacity as Regional Director for Central Asia Region and now, as Regional Vice President for South Asia.

For Afghanistan and Pakistan, CASA-1000 will ease electricity shortages during the peak summer season when demand is highest. A shortage of energy is cited as the main and most binding constraint to business operation, expansion, and job creation. CASA-1000 will also help reduce the countries’ dependency on costly, polluting oil-based power generation. Both countries have major gaps between what they generate and what they currently use in electricity. CASA-1000, while not solving their problem completely, will go some way toward making this problem a smaller one.

In addition to reducing energy shortages in Pakistan and Afghanistan, CASA-1000 also has another important benefit for that country. It could help establish Afghanistan as a viable transit country, initially for electricity and perhaps later for other exchanges, as the transmission lines will cross through its territory into Pakistan. This could improve the country’s growth and stability prospects by strengthening ties to neighbors and the wider region.

It can become an important building block in a wider initiative for an integrated electricity market, where energy shortages could be avoided if countries shared their energy with neighbors. For example, an energy surplus in one country at a specific time of year can offset a shortage across the border in another.

The Kyrgyz Republic and Tajikistan have abundant hydropower, but power generation capacity exceeds national needs during the summer and is insufficient during the winter.

Exporting surplus electricity during the summer will help the two countries generate the precious foreign exchange revenues they need for priority investments, for improving infrastructure and services to their citizens. We are also happy to note that both Governments of Tajikistan and Kyrgyz Republic are setting up a transparent system to account for the in-flows and use of the exports revenue.

In addition to the infrastructure investments, the CASA 1000 project also has a design to provide country-specific social and community support programs, during construction period. These programs will help improve livelihoods in communities living along the project corridor and facilitate revenue-sharing. Over six hundred communities living on the corridor of the CASA-1000 project are expected to benefit from these interventions.

The four countries have also agreed to share a portion of revenue from every unit of energy traded to continue supporting the Community Support Program, throughout the life of CASA-1000 Project.

CASA 1000 is a challenging project because four countries across two regions have had to work together to make this happen. It is also being built in countries facing issues of fragility and conflict. The economic gains from the project can contribute to peace and stability in the region.

CASA-1000, as a transformational project, it will give a much-needed boost to energy security, improved connectivity and trade across two regions at a critical time. It demonstrates the power of regional cooperation through four countries reaching agreement on a project that is a win-win for all involved.  The project also helps to revive the Silk Road, the ancient route linking East with West, in a region that used to be separated by hard borders.  Like all such ventures, CASA-1000 is not without challenges. But the risks are worth taking as the gains for Central and South Asia could be immense.

This region has a pathway to enhance regional cooperation and integration, create good jobs for its populations ---to eradicate poverty and achieve shared prosperity.  This is not without challenges, but indeed, as we see today, it is achievable.

A new electricity transmission system, to connect Tajikistan, Kyrgyz Republic, Afghanistan and Pakistan, called CASA-1000, would help make the most efficient use of clean hydropower resources in Central Asia by enabling them to transfer and sell their electricity surplus to the deficient countries in South Asia. 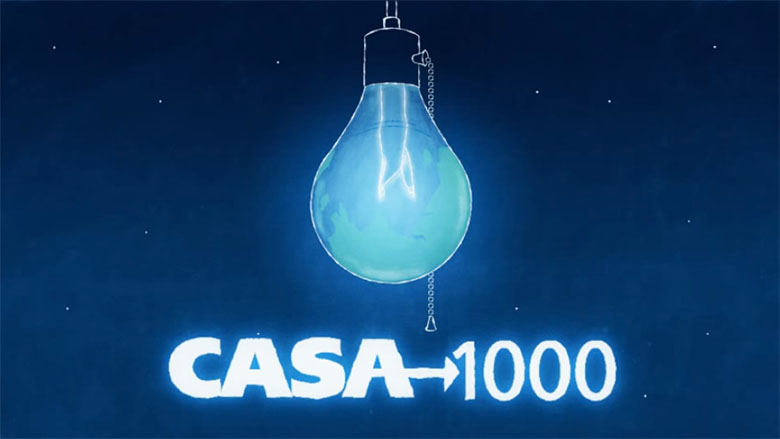 Can One Country's Electricity Surplus Be Another Country's Gain?