Once Kosovo manages to form a new Government and re-focus its attention from procedural tactics to socio-economic development strategies, the overarching challenge will consist of defining—and implementing—a set of policies that would help to accelerate economic growth, ensure its sustainability over a prolonged period of time, and lift an increasingly growing proportion of the population out of poverty, unemployment, and a lack of professional perspectives. This is a very complex task, but one that is possible to achieve—one that has been realized by other countries before. 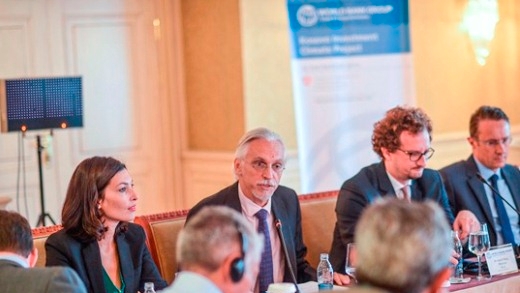 In the 2008 Growth Report, in which a most distinguished group of economists, policymakers, and development leaders analyzed common features of the world’s most dynamic economies, the authors highlighted one particularly important feature of commonality among them.

“Growth of 7 percent a year, sustained over 25 years, was unheard of before the latter half of the 20th century. It is possible only because the world economy is now more open and integrated. This allows fast-growing economies to import ideas, technologies, and know-how from the rest of the world. One conduit for this knowledge is foreign direct investment, which several high-growth economies actively courted. … Sustainable, high growth is catch-up growth. And the global economy is the essential resource.”

I have started with these observations to highlight that Kosovo faces, ultimately, two distinct challenges, viz., to (i) stimulate a domestic debate on the inherent benefits (and risks) from a closer integration with the rest of the world; and (ii) deepen the ongoing reform agenda to ensure that the country becomes a destination for economic activities, that is attractive for domestic and foreign businesses alike.

For products and services “made in Kosovo” to be competitive on the local market, in the region, and in Europe and the rest of the world, the new Government will have to continue and deepen its reform agenda aimed at improving economic governance, strengthen the business and investment climate, and instil confidence into the private sector that this country has a dynamic, integrated economy with the legal, institutional, and physical infrastructure needed to convince potential investors that there is a better business case to establish a production site in Kosovo than anywhere else in the region and the world

In this challenge, the World Bank Group has been supporting Kosovo to improve the business climate and make it easier for both foreign and domestic investors to do business in Kosovo. Not least the results in the annual Doing Business survey that Minister Nikaj mentioned, but also hard data on the number of registered, tax-paying businesses point to the fact that Kosovo has been moving in the right direction. Among many other things, the World Bank Group has been—and will be—working with governments on the central and municipal levels to (i) clarify and make transparent all administrative procedures, permits, and licenses that businesses need to receive in order to operate in Kosovo; (ii) simplify the procedures for issuing work permits for foreign employees; (iii) strengthen the investment promotion department of the Kosovo Investment and Enterprise Support Agency to conduct an Investor Perception Survey, the results of which can be very helpful to guide policy-making; and (iv) support the Business Registration Agency in facilitating the process of registering a business.

After the dust of the current post-electoral process will have settled, it is important for Kosovo’s authorities to re-assemble and collaborate on a coherent vision for development objectives and the types of private-sector investment sought to be attracted. On that basis, it becomes easier to design and implement policy responses to help achieve those objectives. On that note, with special thanks to my colleagues from IFC, we hope that the Investment Reform Map will provide a useful framework to develop this vision and implement important reforms that will facilitate more investment in Kosovo.