It is a great pleasure and honor to be with you today. This is my second visit to Tajikistan – and my first in my capacity as the Vice President for the Europe and Central Asia region in the World Bank. I am particularly pleased to among so many young people. As a mother of two children your age, I understand the many challenges you face as students. I also see the promise you hold, not just for this country, but for the global community.

As you are aware, this region is already undergoing rapid demographic change. Over the coming decades, the populations of most countries in Eastern Europe and the CIS region will become older and the number of workers will shrink. For example, in Russia, the share of elderly people over 65 is projected to reach 23 percent of the population by 2050 – from 13% now; in Central Europe, it is projected to reach 27 percent (from 16% today). In these countries the working-age populations will decline sharply – by 27% in Russia and by 26% in Central Europe.

By contrast, Tajikistan has the youngest and fastest-growing population in Europe and Central Asia, with 54% of the population under the age of 24; only 3% of the population are over 65 [this is projected to rise to 9% by 2050]. And Tajikistan’s working-age population is projected to grow by 77%. A young population is an important asset for the country’s efforts to develop its economy and improve living standards for its people. For example, the countries of East Asia have achieved impressive economic growth and poverty reduction by making use of their abundant, young labor force, which was their main asset.

But, as we see from the experience of East Asian countries, a young population is not enough for economic development. A country’s economy needs to offer the right conditions for enterprises to invest and create jobs, including through infrastructure investments and reforms to increase the country’s integration in regional and global markets. And the education system needs to equip young people with the rights skills to compete effectively in the labor market.

Higher education helps to develop the technical and cognitive skills that are needed in a modern economy. Behavioral skills such as self-discipline, adaptability, and communications skills are also increasingly in demand by employers around the world.

Higher education also makes a big difference to people’s ability to increase their incomes. Recent research by the World Bank shows that across the Europe and Central Asia region, including Tajikistan, households where at least one member has higher education are much more likely to participate in the formal economy and they are twice as likely to have incomes that place them in the top-earning 60% of the society.

I believe that the Government of Tajikistan is therefore right to place much emphasis on education. Economic research shows that level of the population’s educational attainment is a critical element of an economy’s productivity and competitiveness. High-quality education that provides students with the right skills that enterprises need will therefore be critical for Tajikistan’s efforts to become a middle-income country and help its people improve their lives.

Over the past decade, Tajikistan has made much progress, both in economic development, poverty reduction, and also in educational outcomes. When we started our collaboration with Tajikistan in the 1990s, the country was emerging from a war, which had ravaged the country’s economy and depleted its human capital. The 1991 level of GDP was recovered only in 2002. Since then, the size of country’s economy has grown sevenfold – at an average rate of 8% a year. This is indeed an impressive performance.

Even more impressively, the benefits of economic growth have been widely shared by the population. The share of the population living in poverty (i.e., on $2.5 a day or below) declined by half -- from 95% in 1999 to 45% in 2009. During the period of 2003 - 2009, the consumption of the poorest 40% has grown by 6%. The country has also seen the emergence of a middle class. These are all very important achievements.

On the other hand, our recent research shows that the middle class in Tajikistan is at high risk of falling back into poverty. It also shows that the poor in Tajikistan tend to have low levels of education and be employed in the agriculture sector. Unfortunately, men are still three times more likely to have higher education than women in Tajikistan. Better education will therefore be key to further reducing poverty, strengthening the middle class, and achieving more equitable outcomes for the men and women of Tajikistan.

In the 1990s, Tajikistan lost many high-skilled workers. Despite much progress, the country has yet to rebuild the skilled workforce it once had. In the past decade, the country has witnessed an impressive revitalization of the general education system: it has achieved almost universal 9-year basic education. Tajikistan now needs to boost quality and access to higher education which, as I’ve just said, is an essential element for sustainable economic growth and poverty reduction.

We are now preparing a new country partnership strategy between the World Bank Group and Tajikistan. We have consulted widely with youth in different parts of the country, to determine their highest priorities.  You and your peers all gave us the same response.  You want high quality education that will enable you to find good jobs in the future so you can contribute to both personal and your country's development goals.

You are right:  as in many other countries, university-educated Tajiks are more likely to participate in the labor market, be employed in the formal economy, and earn higher and stable incomes, compared to those less educated.   Moreover, there is broad agreement, backed by research findings, that high-quality education creates opportunities for gains in growth, productivity, employment, and poverty reduction. Thus, an increase of one standard deviation in student reading and math is associated with a 2 percent increase in annual GDP per capita growth.

For this reason, the World Bank invests in education.  Since the late 1990s, we have supported the Tajikistan’s efforts to strengthen the general education system. Together with other development partners, we are honored to have contributed to many education reforms with positive results. We are now discussing the possibility of collaboration in higher education with the Government of Tajikistan. It would be our privilege to invest in you, the youth of Tajikistan.

Thank you for your attention! 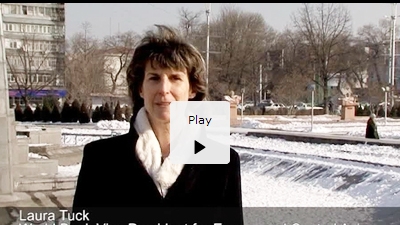