Industrial Policy: A complement to other roles for the state? Or the alibi to avoid having to get to grips with difficult reforms?

The crisis has inflicted heavy costs on economies around the world.  Unemployment is at record levels in many countries, fiscal fragility is a legacy of the crisis in many countries, and capacity utilization rates in industry remain substantially below pre-crisis levels.

Many developing countries have the potential to grow faster than developed countries and are now confronted with the challenge of finding new sources of growth in the context of a multi-polar growth world.

In that regard, the role of governments in inducing and accompanying structural change - industrial upgrading and economic diversification - to promote growth, employment, and poverty reduction regain center stage.

Industrial policy and state development banks developed a bad name among a great number of economists and academics, however. They have often been synonymous with ‘picking winners’ and thus dis­torting competition, while exposing government to capture by vested interests. Indeed, the sad fact is that such policies have usually been extremely costly in public resources, often the source of nepotism, rent-seeking and corruption, and too often failed to achieve their stated objectives.

But there are reasons for a rethink.

A new post-crisis realism. “Laissez-faire” complacency by many governments has led to mis-investment in the non-tradable sector at the expense of growth- and employment-rich tradables.

Then - China, and before that Japan, Korea, Taiwan, Malaysia, etc, which has become prominent on the world economic stage and is a keen practitioner of industrial policy. Which role this policy has played in its economic success is a matter for discus­sion. But the reality is that this very success has somewhat wiped out the stains from previous eco­nomic failures, and made thinking about industrial policy legitimate again.

Notwithstanding the renewed interest in new structural policy, I believe there is no argument whatsoever that the primary roles of government remain: (i) ensuring macro stability and (ii) contributing to creating a better business environment for all firms.

Industrial policy may have a role to play, under certain conditions, but as a “junior” complement - rather than primary tool of government - to encourage growth.

Unfortunately, industrial policy is sometimes seen – by their policy maker champions – as an alternative, if not an appealing political-economy slogan, to tough and unpopular reforms.  Indeed, it is more politically appealing to announce the distribution of subsidies or other forms of state aid, than to talk about fiscal adjustment and reform in general.

Many oppose the “growth” against the “reform” agenda. The two, however, may need to go “hand in hand” and success depends on the right “dosage”. One has fiscal costs, while the other has political cost.

The need for government to focus on macro stability remains of paramount importance, and today more than ever.

It sounds a bit like a phrase, thus it is sometimes neglected.

But what it really means is low inflation; sustainable public and external debt. This is crucial to give confidence to all investors - local and foreign - that economy of certain country is “well managed”, and that their business plans can rest on solid and predictable medium term foundations.

In this regard, the government should be complimented for launching a program of serious fiscal consolidation in first months of its mandate. The bulk of adjustment relied on tax increases, control of wages and pensions and, to some extent, control of purchase of goods and services.

These were politically difficult and brave decisions indeed, but mostly “one-off”.

Tax rates cannot be increased every year. The erosion of the purchasing power of pensioners and wage earners cannot be sustained for years and years. Accordingly, the Government’s own objectives of significant reduction of the fiscal deficit for 2013, 2014 and beyond are unlikely to be achieved unless the government moves to a second phase of adjustment, which calls for structural reforms. This is well and clearly recognized in the medium term fiscal strategy, but actions have yet to be taken.

The “breathing space” that Serbia currently has should not be taken for granted. This breathing space, successful and favorably priced raising of resources needed to finance the budget deficit in 2013, was a result of credible consolidation plan, but also a bit of luck, and a bit of help from central banks of large economies (US; Eurozone and UK). But there is a clear risk that these favorable circumstances could be reversed.

Borrowing costs are much lower, which is great news … but the debt has increased and, with it, Serbia’s annual obligations to pay interest on this debt. This year alone, Serbia will need to pay EUR 900 million in interest – this is the amount needed to build Corridor 10!

With Public Debt at over 60% of GDP, Serbia has entered the “danger zone”. We have ample evidence of the fickleness of international capital markets. Good international conditions may not last forever.

It is no time to relax. On the contrary, this breathing space should make further structural reform effort somewhat easier to contemplate and pursue.

The areas where action needs to be taken have all been identified. Let me just name a few:

·         Resolving once and for all the Privatization Agency portfolio and increasing efficiency, productivity, transparency and accountability of state and municipal enterprises;

·         Health financing reform to address deficit and arrears of the HIF;

·         Building “quality infrastructure”: agencies and institutes needed to check and certify the quality of the production process and the final output, or making border crossing more friendly to traders, for instance.

Another important ingredient in a successful policy to strengthen the domestic economy and ensure macro stability is the financial sector. The good news is that there is no evidence of deleveraging.

But (i) fiscal consolidation is critical to stop the “crowding out” of real sector, and (ii) banks have to deal with problem of NPLs that constraint their ability - or appetite - for new lending.

Last week, I attended the first “Belgrade Initiative”, an event for the calling of which the NBS cannot be too highly praised.

It called for concerted and pro-active efforts by the NBS, Government, Serbian banks - and their parents, as needed - and IFIs in bringing back NPLs to pre-crisis levels.

Again, there is much to be done to “walk the talk”:

·         Further improvement in the legal and regulatory framework to remove obstacles to NPL resolution and facilitate voluntary work-out activities. Some excellent changes have already been introduced by NBS and the Ministry of Finance. But it appears that more needs to be done in the area of reform of bankruptcy / foreclosure to speed up entry and exit and to develop “securitization” legislation.

The second clear priority role of Government rests in improving the business environment.

So much has already been said over and over again that I will not dwell further on it. But let me simply mention a couple of positive changes, and areas where, in spite of encouraging rhetoric, not much concrete action has actually yet taken place.

The government should be praised for setting up and beginning of work of National Council for Economic Development, a body which allows voices of both business and labor to be heard and shape economic policy;  for the elimination of different fees and taxes imposed by different extra-budgetary funds and local governments, as well as for the simplifications in procedures for paying taxes; for completing the Cadastre project, though serious challenges remain in inconsistent interpretation and slow registration procedures.

But quantum improvements are still needed in a number of areas: land management and ownership, construction permitting, trade logistics, and reform of the labor legislation. They have all been well documented but all remain on the agenda.

Let me add one more, that is not always mentioned in the context of improvement of the business environment: the reform of public administration at both central and local governments’ levels. This is essential to ensure that the quality and efficiency of the administration, whose activities impact so much on the ease  - or lack thereof – of doing business, become systemic and not just the results of individual excellence.

The tenants of what is called “New Industrial Policy” argue for “smart” interventions that address coordination problems and other barriers that discourage private investment in new industries and technologies.

One can distinguish between two types of industrial policies: those that “facilitate structural change” by overcoming information, coordination, and externality issues, and those intended to “protect selected firms and industries” that defy the comparative advantage determined by the existing endowment structure.

Governments need to adopt the former type because the latter, which amounts to “picking winners” (or “protecting losers”), almost always produces costly and unsuccessful outcomes.

" Industrial policy may indeed have a role to play in addition to the two priority areas of intervention of the state: macro stability, and creating a favorable investment and business environment for all firms. But it cannot be the “alibi” to avoid having to get to grips with difficult reforms.  " 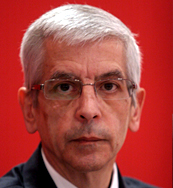 The main lesson from development history and economic theory is straightforward: the government’s policy to facilitate industrial upgrading and diversification must be anchored in industries with latent comparative advantage so that, once the new industries are established, they can quickly become competitive domestically and internationally.

What is needed, first and foremost, is a clear strategy anchored on sound and de-politicized analytics aimed at identifying promising sectors, rather than ad-hoc interventions: helping this firm, that firm and then another … often in response to labor or business lobbies.

Second, interventions need to be designed so that they are both competition and innovation friendly.

Sectoral state aid should target skill-intensive and competitive sectors and be allocated evenly within the sector, rather than to one or several pre­selected firms.

Industrial policy and competition policy should be viewed not as opposites but as complementary. Sectoral intervention should promote competition between firms for access to public sup­port, and should not involve clauses that automatically favor incumbents.

Finally, it is paramount to set clear, transparent and de-politicized guidelines for the allocation and for the governance of that aid.

Industrial policy may indeed have a role to play in addition to the two priority areas of intervention of the State: macro stability, and creating a favorable investment and business environment for ALL firms.

But it cannot be the “alibi” to avoid having to get to grips with difficult reforms.