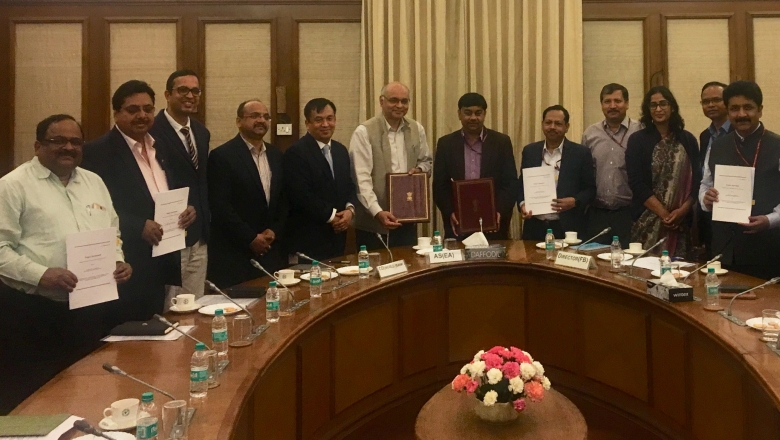 New Delhi, March 8, 2019 – The World Bank, Government of India and representatives of 5 state governments of India and implementing agencies today signed the loan agreement for additional financing of $137 million for the Dam Rehabilitation and Improvement Project (DRIP) that will help rehabilitate and modernize over 220 selected large dams in the states of Karnataka, Kerala, Madhya Pradesh, Odisha, Tamil Nadu and Uttarakhand.

In 2010, the Bank’s Board approved $350 million to finance the Dam Rehabilitation and Improvement Project to improve the safety and sustainable performance of over 220 selected dams in India.  .

“Fostering rapid and sustained agricultural growth is a key priority for the Government of India.  Due to erratic rainfall patterns, dams play a key role in storing water for irrigation and other uses,” said Sameer Kumar Khare, Additional Secretary, Department of Economic Affairs, Ministry of Finance. “This project will help improve safety and operational performance of large and small dams in India leading to sustained rural development,” he added.

The Loan Agreement was signed by Sameer Kumar Khare, Additional Secretary, Department of Economic Affairs, Ministry of Finance, on behalf of the Government of India; and Junaid Ahmad, Country Director, World Bank India, on behalf of the World Bank, and representatives from the state governments of Karnataka, Kerala, Odisha, Tamil Nadu, Uttarakhand.

including strengthening the institutional, legal and technical framework for dam safety assurance within the Government of India and in the participating states.

“Infrastructure management often falls prey to a costly ‘build-decay-rebuild’ cycle.  Breaking this pattern by ensuring that dams are well managed, properly maintained and efficiently operated is essential.  This will ensure the welfare and safety of communities and sustain economic growth.  DRIP is delivering these important objectives," said Junaid Ahmad, Country Director World Bank.

. Rainfall, which occurs mainly in intense and unpredictable downpours within short monsoon seasons, is of high temporal and spatial variability and does not meet year-round irrigation and other water demands. Considering this, storage of water is essential for India. The dams play a key role in fostering rapid and sustained agricultural and rural growth and development – a key priority for the Government of India since independence.

. Flood protection measures in many dams need to be supported as well, as their failure could pose serious risks to downstream communities.

The World Bank has so far invested $280 million in the project that acts as a “lighthouse”, showcasing how best to make dams fully operational and safe in a technically sound and sustainable manner.

"In addition to the 25 million primary beneficiaries from both urban and rural communities who are directly dependent on the project for their water supply and livelihood, the project will benefit downstream communities at risk due to flooding," say Chabungbam Rajagopal Singh and Arun Kumar Kolsur, Task Team Leaders for the project.

The $137 million loan from the International Bank for Reconstruction and Development (IBRD), has a 3-year grace period, and a final maturity of 16 years.