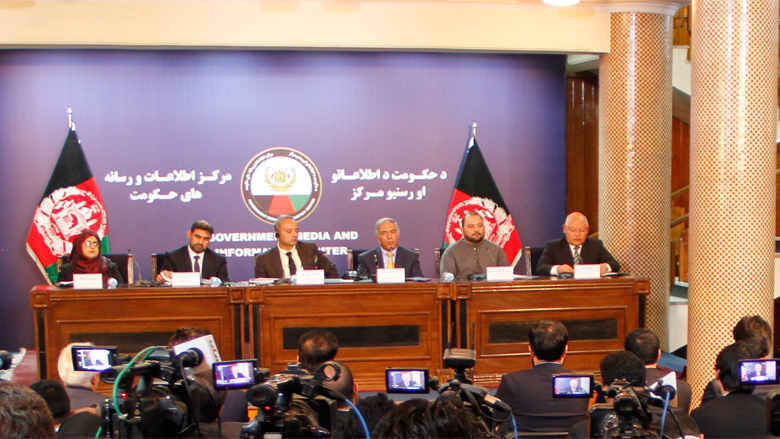 Speaking about the new financing package, acting Finance Minister Humayon Qayoumi said: “Investing in women empowerment and education programs sets the direct path towards gender equality, poverty reduction, economic growth and higher income. Women are remarkable part of the society; empowering them will enormously contribute to economic and social advancement. I am thankful to our ARTF partners and the Global Partnership for Education for their usual cooperation to our development efforts in Afghanistan.”

“Investing in the next generation of Afghans, ensuring that boys and especially girls in all parts of the country have access to a quality education, and unlocking the latent potential of Afghanistan’s women through women’s economic empowerment programs, are probably the two most important initiatives we could support to secure a better future for Afghanistan,” said Shubham Chaudhuri, World Bank Country Director for Afghanistan. “.”

“By signing this agreement, important deeds will be done for improving quality of education,” said Dr. Mohammad Mirwais Balkhi, Acting Minister of Education while calling the EQRA project vital. “ The Ministry of Education has finalized al the practical plans and the program will be completed in due time and in accordance with the specified budget, which in any case will have positive impacts on the education system of the country.”  He, at the same time, expressed his satisfaction with the cooperation of the World Bank, Ministry of Finance and other partner organizations, which worked to finalize the document and opened the way for its implementation.

The EQRA Project will include students in general education and out-of-school children in lagging provinces, especially girls, over the five-year implementation period. The project will focus on making teachers better at teaching. , which were national programs focused on increasing access to basic education from Grades 1 to 12.

The project will be implemented jointly by the Ministry of Education (MoE) and Ministry of Rural Rehabilitation and Development (MRRD). A Memorandum of Understanding will be signed between the two ministries, outlining the roles and responsibilities of each ministry. MRRD will be responsible for school construction activities, while MoE will be responsible for the other project areas.

The WEE-RDP is fully aligned with the government’s National Peace and Development Framework. .

The additional $5 million financing for the HEDP will be used to expand successful actions in four areas including: (i) provision of scholarships for full-time faculty to pursue master’s degrees or above; (ii) training of teaching faculty in Outcome-Based Education (OBE) and Student-Centered Learning (SCL); (iii) support to public universities to prepare and implement Strategic Institutional Development Plans (SIDPs); and (iv) grants to support individual and group research projects at universities.

The agreements were signed by Mohammad Humayon Qayoumi, Afghanistan’s acting Minister of Finance and Chief Advisor on Infrastructure and Technology to the President of Afghanistan, and Shubham Chaudhuri, World Bank Country Director for Afghanistan in presence of Ministers of Education, Rural Rehabilitation and Development, Higher Education and Deputy Women’s Affairs Minister.