Uttar Pradesh (UP) is one of India’s biggest cultural and tourist destinations, home to some of the country’s most iconic assets like the Taj Mahal in Agra, to one of the most ancient living cities in the world, Varanasi. Two of the world’s most important Buddhist sites, Sarnath and Kushinagar are also in UP. In 2016, the state attracted 211 million domestic and just over 6 million international visitors. Despite this, UP remains India’s third poorest state, with a 37.7 percent poverty rate.

The Uttar Pradesh Pro-Poor Tourism Development Project  will support the state government’s priority of re-structuring tourism in a way that optimizes the state assets in an inclusive and sustainable manner directly benefiting poor residents and local entrepreneurs, such as rickshaw drivers, local artisans and street vendors, in both economic and non-economic terms. 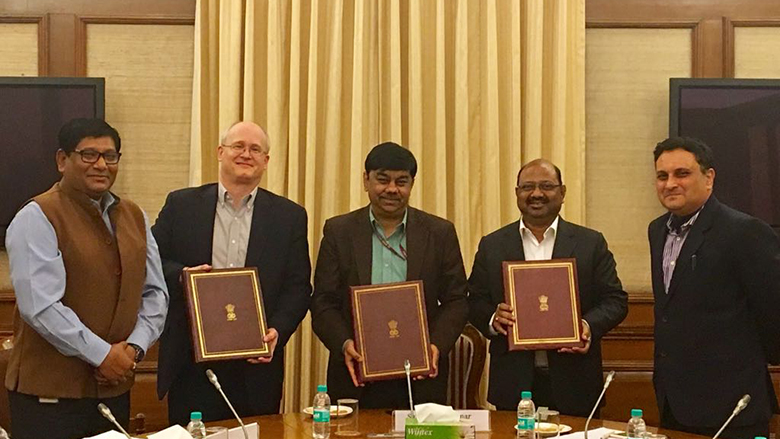 “Tourism is experiencing a period of strong growth driven by India’s burgeoning middle class. Uttar Pradesh with its rich historical, religious and cultural resources, has unrivalled tourism potential. However, the economic benefits of tourism trickle down unevenly to local communities,” said John Blomquist, Program Leader and Acting Country Director, World Bank, India. “This project will enable culturally rich local communities to share their knowledge, traditions and heritage with visiting tourists for generating income for themselves and their families.”

The project will focus on Agra and the Braj region, which despite being two of the prime tourist and pilgrimage destinations of India and UP, have some of the state’s highest poverty rates. Agra’s most iconic asset and India’s primary tourism attraction, the Taj Mahal, is surrounded by more than 20 slums with crumbling infrastructure.

In Agra, the project will focus on retelling the story and history of the city, its more than 150 sites and monuments and its rich living heritage by stimulating “Agra beyond the Taj”— a move away from a Taj Mahal-centric tourism model — to retain visitors and increase their spending in the city. It targets the locations that are already seeing notable tourist footfall, bridging its major attractions, which are today visited in isolation, such as the Taj Mahal and the Agra Fort, while promoting nearby lesser visited attractions, such as the traditional Kachhpura village in front of Mehtab Bagh’s Mughal garden.

To ensure a destination-level approach, the project will finance the preparation of a tourism development plan for Agra, leverage and partner with the private sector, as well as other key agencies working in the city, such as the World Monuments Fund, which is supporting the Archaeological Survey of India in revitalizing two of the city’s four remaining Mughal gardens.

Given its association with the Krishna mythology and its popular parikrama(pilgrimage) routes, the Braj region draws millions of pilgrims annually. The project will revitalize some of these assets, many of which are intrinsically linked to local communities’ way of life. In Braj, a major emphasis will be on rescuing the living heritage of the region through support to emblematic natural assets, such as its kunds (water bodies, endogenous arts, expressions and creative industries.

“Rather than representing a specific type of tourism or market segment, the project’s pro-poor tourism approach focuses on how the sector is structured to ensure that local communities and the destinations per se benefit from tourism. It does so by supporting a range of activities from strengthening policies, regulations and institutional capacities to providing basic services to communities and tourists alike and ensuring that economic and non-economic linkages with local communities and entrepreneurs are established throughout the tourism value chain,” said Stefania Abakerli, Senior Development Planner and World Bank’s Task Team Leader for the project.

The $40 million loan from the International Bank for Reconstruction and Development (IBRD), has a 5-year grace period, and a maturity of 19 years.