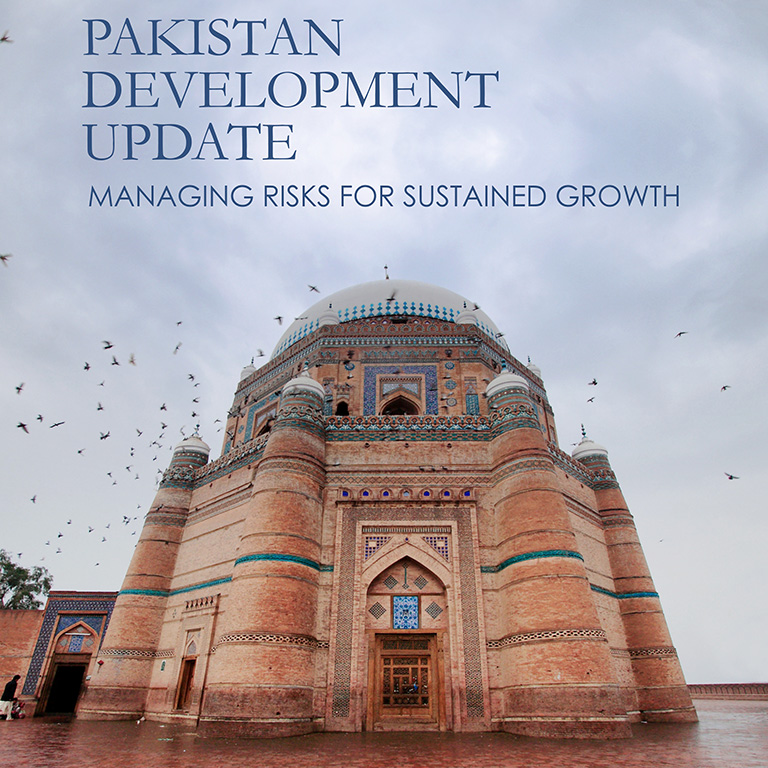 However, as growth picked up, internal and external imbalances re-emerged. The fiscal deficit expanded to the highest level of the last three years as revenue mobilization weakened and spending rose. On the external front, the current account deficit grew, reaching its highest level in 10 years.

"Pakistan has made good progress in making its economy more stable in recent years,” says Illango Patchamuthu, World Bank Country Director for Pakistan. “In order to sustain this hard-won achievement, Pakistan will need to continue with economic reforms and pursue policies that make the country compete better in global markets.”

“With 2 million people joining the labor force every year over the next 20 years, a key challenge for Pakistan is to create jobs”, says Enrique Blanco Armas, World Bank Lead Country Economist for Pakistan. “ This will require not only an acceleration in economic growth but also a medium-term agenda to invest massively in human capital to improve labor productivity and overall competitiveness”.

The report also notes there has been some improvement in human development indicators, such as school participation rates and access to health services. A concerted effort is required to accelerate these gains. An alarming number of children under the age of five are severely or moderately stunted and a substantial proportion of the population remains unconnected to piped water or sewerage systems. Going forward, investments in human development will be critical for improving competitiveness and ensuring inclusive growth.