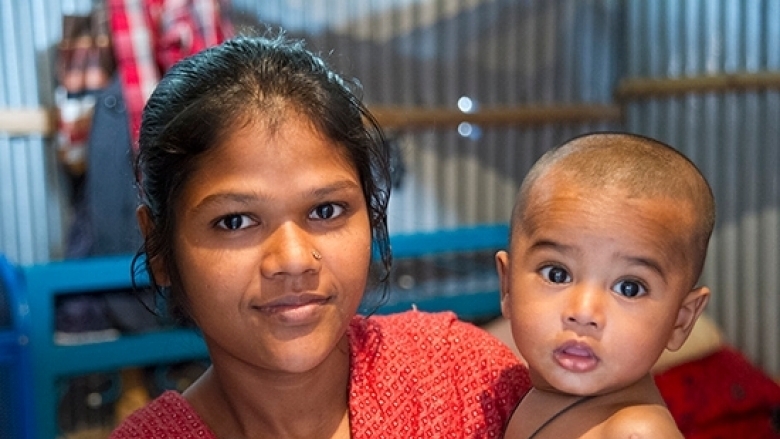 WASHINGTON, June 27, 2017 – Child marriage will cost developing countries trillions of dollars by 2030, says a new report published by the World Bank and the International Center for Research on Women (ICRW). In contrast, ending child marriage would have a large positive effect on the educational attainment of girls and their children, contribute to women having fewer children and later in life, and increase women’s expected earnings and household welfare.

According to the Economic Impacts of Child Marriage report, in the past 30 years, the prevalence of child marriage (marriage or union before the age of 18) has decreased in many countries, but it still remains far too high. In a set of 25 countries for which detailed analysis was conducted, at least one in three women marry before the age of 18, and one in five women have their first child before the age of 18.

“Child brides are often robbed of their rights to safety and security, to health and education, and to make their own life choices and decisions,” said Quentin Wodon, the World Bank’s Project Director and co-author of the report. “Child marriage not only puts a stop to girls’ hopes and dreams. It also hampers efforts to end poverty and achieve economic growth and equity. Ending this practice is not only the morally right thing to do but also the economically smart thing to do.”

Across the countries considered in the report, three in four early childbirths (children born to a mother younger than 18) are attributed to child marriage. The report estimates that a girl marrying at 13 will have on average 26 percent more children over her lifetime than if she had married at 18 or later. This means that ending child marriage would reduce total fertility rates by 11 percent on average in those countries, leading to substantial reductions in population growth over time. In Niger, the country with the highest prevalence of child marriage in the world, the population by 2030 could be five percent smaller if child marriage and early childbirths were eliminated.

The analysis suggests that by 2030, gains in annual welfare from lower population growth could reach more than $500 billion annually. In Uganda, the benefit from reduced fertility would be equivalent to $2.4 billion, while in Nepal this would be almost $1 billion.

The report confirms that keeping girls in school is one of the best ways to avoid child marriage. Each year of secondary education reduces the likelihood of marrying as a child before the age of 18 by five percentage points or more. Child brides are much more likely to drop out of school and complete fewer years of education than their peers who marry later. This affects the education and health of their children, as well as their ability to earn a living.

“Every day more than 41,000 girls marry before the age of 18. Poverty, gender inequality, poor access to quality education and to youth-friendly sexual and reproductive health services, and a lack of decent employment opportunities, help perpetuate child marriage and early childbirths,” said Suzanne Petroni, ICRW’s Project Director and co-author of the report. “These will all need to be addressed for countries to successfully end this harmful and costly practice.”

Another important benefit from ending child marriage would be an increase in women’s expected earnings in the labor market. Due in large part to the impact of child marriage on education, women who marry as children have, on average, earnings that are nine percent lower than if they had married later. In Nigeria, this equals to $7.6 billion annually in lost earnings and productivity.

Finally, budget savings would be reaped by governments in the cost of providing basic education, health, and other services. In many countries, thanks to lower population growth, eliminating child marriage today would save governments five percent or more of their education budget by 2030.

The Economic Impacts of Child Marriage project was funded by the Bill & Melinda Gates Foundation, the Children’s Investment Fund Foundation, and the Global Partnership for Education.