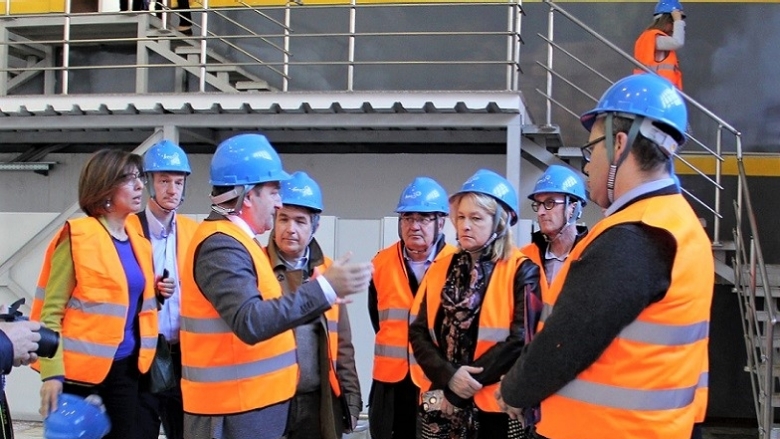 TIRANA, March 31, 2017 -  A group of eight Executive Directors[i] – members of the Board of the World Bank Group, visited Albania during March 29 – 30 as part of a broader tour of the Western Balkans. The main purpose of this visit was to assess  the Bank Group’s engagement in the energy sector and efforts to support regional connectivity. Increasing regional cooperation and plans to improve connectivity within Western Balkans started in 2014 with support from the World Bank Group and the European Union.

The Executive Directors met with Prime Minister Rama, as well as with the Ministers of Finance and Energy. They discussed Albania’s progress and challenges in the energy sector and its regional connectivity agenda. They shared views on facilitating energy exchange through the establishment of organized electricity markets and the prospects for expanding regional integration. They also discussed the impact of World Bank Group financed operations, like the Power Sector Recovery Program, on energy sector reforms within the Government’s broader structural reform agenda. During their meeting with representatives of the private sector, the Executive Directors discussed challenges to a competitive and efficient energy sector and how the World Bank can assist in addressing these constraints.

The Executive Directors visited Fierza hydropower station, one of the most important investments in the Drini River cascade, where they saw progress in implementing the Dam Safety Project, financed by the World Bank, as well as other development partners (Swiss Development Agency, EBRD, USAID, and KfW) to improve dam safety and enhance efficiency of hydropower generation.

“We welcome the role of the Bank in improving dam safety and  the  efficiency of energy generation in the Drini River cascade,” noted Ms. Karen Mathiasen, who represents the United States on the Bank’s Board.“Efficient development of Albania’s hydropower potential is critical to the success of Albania’s growth and anti-poverty agenda ”.