NEW DELHI, March 23, 2017 – The Government of India, the Government of Uttarakhand and the World Bank today signed a credit agreement for the US$100 million Uttarakhand Health Systems Development Project to improve access to and quality of health care services in all 13 districts of Uttarakhand, a mountain state richly endowed with natural resources.

"The Project will benefit the residents of Uttarakhand, in particular those residing in the hilly and remote areas with poor availability of health services. Successful implementation of the project will not only have a positive impact on the underserved population (women, elderly, and communities living in remote areas) but also improve the state’s disaster response capabilities,” said Raj Kumar, Joint Secretary, Department of Economic Affairs, Ministry of Finance.

The population in the remote areas continue to be underserved, as public and private providers are concentrated in the state’s urban and plain areas. Most public health facilities in the middle and upper mountainous areas are unable to functional optimally or at the required level of quality, because of large-scale vacancies of health staff, as deployment and retention in such geographically remote areas has proven to be extremely difficult. In 2013, 48 percent of the posts of general duty medical officers and 75 percent of the specialists’ posts were vacant, despite a liberal government policy to hire contractual doctors and to pay them incentives for remote area postings. The state’s difficult terrain and its susceptibility to natural disasters further adds to the challenges faced by the state’s health system.

A key focus will be to finance innovative engagements with private health care providers, expand their role in meeting the unmet health access needs of the state’s population, strengthen the managerial capacity of state health directorates, improve their information systems, and focus on monitoring and research. The project also aims to reduce the financial risk for its citizens and make affordable, quality health care available to all.

“While Uttarakhand performs better than the national average on many key health indicators, access to quality health services is a challenge, particularly in remote mountainous areas,” said Hisham Abdo Kahin, Operations Manager and Acting Bank Country Director, World Bank, India. “To help address these challenges, the primary focus of the Project will be to make a sustainable change in the availability of quality healthcare services, particularly for the poor and underserved population.” 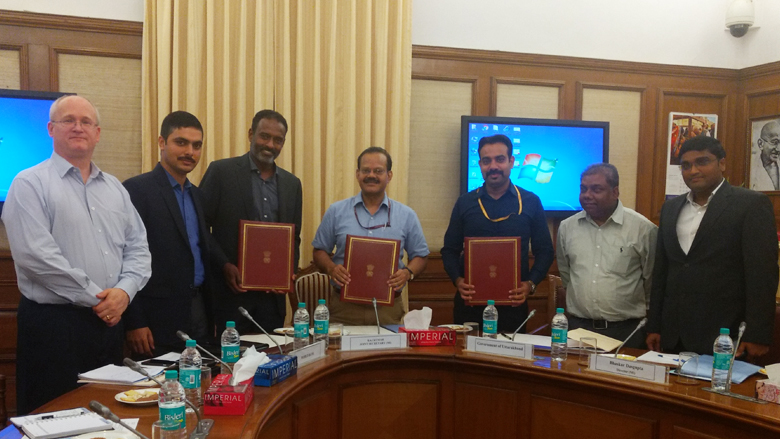 Innovations in engaging the private sector will be a key component through which the project will stimulate and finance innovative private sector engagements in the delivery of healthcare services as well as in healthcare financing. Integrated, district-level operators will be invited to provide primary care and referral services through a network of mobile health vans, community health centers and district-level referral facilities. This will attract the much-needed specialized human resources as well as ensure integrated management and accountability to service delivery in the defined geographical area. It will also expand financial protection by defining a benefit package of primary care services for child and adolescent care and for the management of Non-Communicable Diseases which are on the rise in Uttarakhand.

The other component of the project will be to strengthen the government’s ability to effectively engage with the private sector, particularly in its capacity to pursue the innovations being planned under this project. In the long run, such capacity enhancement will enable the government to provide effective stewardship to the entire health system and augment both the state’s human resource capacity as well as its ability to serve beyond the activities of this project.

“The state’s health system faces severe human resources constraints, which is contributing to limited access, inequity, and a highly variable quality of health services,” said Somil Nagpal, Senior Health Specialist, and World Bank’s Task Team Leader for the project. “This project will help the state improve the quality of services in the entire health system, particularly in its capacity to effectively pursue the innovations being planned under this project.”

The credit is from the International Development Association (IDA) - the World Bank's concessionary lending arm - with a maturity of 25 years, including a 5-year grace period.