NEW DELHI, March 22, 2017: The Government of India, the Government of West Bengal and the World Bank today signed a US$ 210 million loan agreement to strengthen Gram Panchayats (GPs) – the lowest tier of rural local governments – to better utilize the untied/discretionary funds that are now available to them.

“Following the recommendations of the 14th Central Finance Commission and the 4th State Finance Commission, aggregate fund flows to Gram Panchayats (GPs) would substantially increase. The Program will support GPs in the state to effectively utilize the untied funds, and will strengthen local communities’ participation in the planning, budgeting, and financial management of projects in rural areas,” said Raj Kumar, Joint Secretary, Department of Economic Affairs, Ministry of Finance.

During the first phase of this Program (ISGPP-I), performance-based block grants (PBG) were given to 1,000 better performing GPs within nine districts for investing in priority local infrastructure and service delivery projects. Out of the 92,000 activities carried out by the GPs using ISGPP grants, 54 percent were on transport, 23 percent on water and sanitation, and 20 percent on public buildings. Similar activities are envisioned under ISGPP-II for all 3,342 GPs, with expected economic benefits including employment generation and increased efficiency in spending.

“Bringing the state closer to citizens is important for India’s economic development. Effective and accountable Panchayati Raj Institutions empowered with additional resources can help deliver on this promise.” said Hisham Abdo, Operations Manager and Acting Country Director for India. “Drawing on this principle, the Program aims to build the capacity of PRIs to respond to service needs of citizens across West Bengal,” he added. 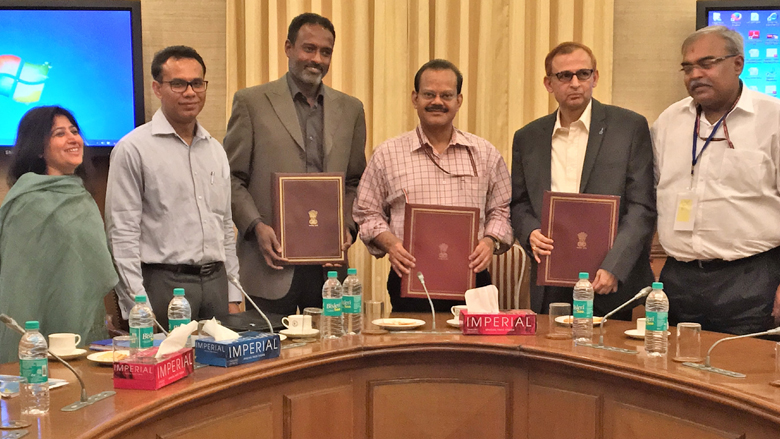 The ISGPP-II will accelerate the pace of decentralization to all GPs across West Bengal through a state-wide unified performance-based grant (PBG) allocation system. Consolidation of this system will be one of the key aspects of the Program. In order to access the PBG, GPs will be assessed on an annual basis through an independent Annual Performance Assessment (APA). The APA will be conducted for all 3,342 GPs in key performance areas include planning and budgeting, project execution and service delivery, accounting, financial reporting and audit, and participation, transparency and accountability.

Some of the other areas that the Program will focus on include building human resource capacity for increased transparency and accountability in local government functioning and mentoring GP officials to create a level playing field.  A robust internal audit system will also be developed and implemented in all the GPs.

“The overall strategic vision is to strengthen the GPs as a self-standing tier of government. This Program will strengthen GPs to emerge as devolved service delivery and administrative units in the PRI system,” said Uri Raich, Senior Urban Specialist, World Bank and Rajni Bajpai, World Bank’s Program Leader and Task Team Leaders for the Project.

The loan, from the International Bank for Reconstruction and Development (IBRD), has an 8-year grace period, and a maturity of 15 years.