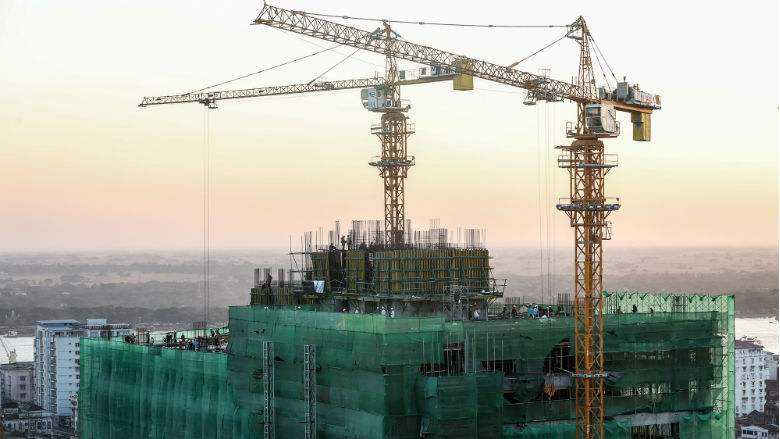 The economic outlook remains strong.  Sound macroeconomic policies and structural reforms including on access to electricity and finance will be key.

NAY PYI TAW, May 31, 2016 – After two years of strong economic growth and macroeconomic stability, Myanmar faced a more difficult economic environment in 2015-2016. Economic growth declined, but remained strong, at 7 percent during the period, compared with 8.5 percent in 2014-2015, according to the World Bank’s May 2016 edition of the Myanmar Economic Monitor. The slower growth came amid a supply shock from heavy flooding, a slowdown in new investment during an election year, and a more challenging external environment including lower commodity prices affecting Myanmar’s main exports.

The World Bank’s Myanmar Economic Monitor found that exports declined by 12 percent in nominal terms in the first three quarters of 2015-2016 compared to the same period last year due to the agriculture supply shock and declining commodity prices. This contributed to a growing trade deficit and has put pressure on the exchange rate. Ongoing structural constraints, short-term exchange rate pressures, rising inflation peaking at 16 percent in October 2015, and the recent political transition have contributed to a deceleration in new investment flows.

“While Myanmar’s economic growth has eased in this past year, it still remains a powerful engine of change and development for the people of Myanmar,” said World Bank Country Manager for Myanmar Abdoulaye Seck. “Growth prospects are positive provided a continued focus by the government on structural reforms and on maintaining macroeconomic stability.”

Real GDP growth in Myanmar is projected to rise to 7.8 percent in 2016-2017, and average 8.2 percent per year over the medium-term, as the economy recovers from the 2015-2016 supply shock and private investments begin to pick up again. The agriculture sector is projected to bounce back over the short-term, while investors’ demand for services, and infrastructure construction, are expected to be the main drivers of growth.

The MEM notes that whilst Myanmar’s economic prospects remain strong, there is a premium on sound macroeconomic policies and institutions that can help manage the pressures emerging in 2015-2016, including lower commodity prices, and growing external and fiscal deficits. In the short-term, this includes balancing a reduction in the government deficit and prudent public debt management for economic stability with an increase in spending for public services and growth.

“Ongoing revenue administration and policy reforms, together with more efficient spending, are expected to contribute to macroeconomic stability in Myanmar, whilst enabling the government to expand public services,” said World Bank Manager for the East Asia and Pacific Macro-Fiscal Practice Mathew Verghis.

The MEM projects that inflationary pressures can be expected to ease due to recovery from last year’s agriculture supply shock and projected low international commodity prices, averaging 8.5 percent over the course of 2016-2017. The Union Budget deficit is projected to average 3.5 percent of GDP over the medium-term, with a pick-up in Government revenue, which could rise to around 14 percent of GDP by 2017-2018.

Over the medium to longer-term, the manufacturing and processing sectors continue to hold strong promise as potentially important drivers of inclusive growth.

The Policy Watch section of this MEM covers selected issues regarding access to electricity and the reform of State Owned Banks.