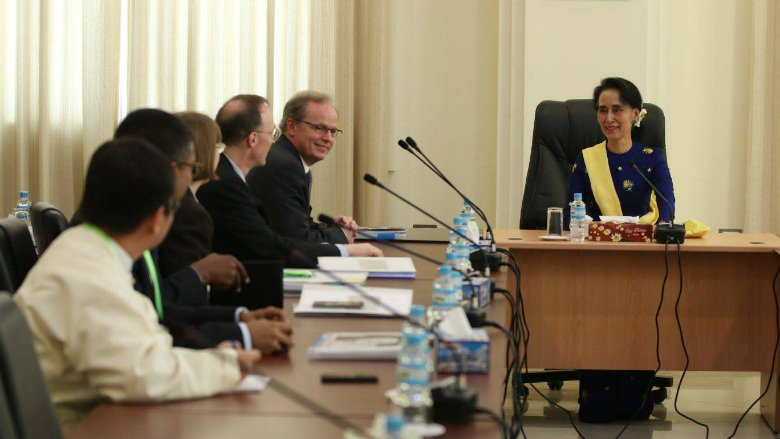 Affirms strong support to fight poverty and promote growth for all

“Myanmar’s historic transformation over the last couple of years has delivered significant economic gains,” said van Trotsenburg. “Between 2011 and 2014, Myanmar’s economy grew at an average rate of 7 percent per year, which is among the fastest in East Asia. The country now has the opportunity to advance reforms further so growth will benefit more people across geographical areas, ethnic communities and income groups in Myanmar. The World Bank Group will continue to support the people of Myanmar in providing long-term solutions to end extreme poverty and promote shared prosperity.”

In their discussions, van Trotsenburg and the Myanmar officials focused on economic policy priorities for Myanmar for closing the gap in access to basic services; reducing rural poverty and raising agriculture productivity; promoting a competitive business environment; enhancing financial inclusion; expanding access to energy; and strengthening public sector governance.  Many of these policies are discussed in the World Bank Group series of policy notes for Myanmar which will be published and disseminated widely from February 23.

In 2015, the World Bank Group prepared its first Country Partnership Framework (CPF) for Myanmar for 2015 to 2017. The Framework outlines how the global knowledge, financing, and convening services of the World Bank Group can support Myanmar and its people in transforming their country, ending  extreme poverty and boosting shared prosperity.