World Bank Group President Announces US$1.2 Billion in Planned Support for Tunisia in 2014 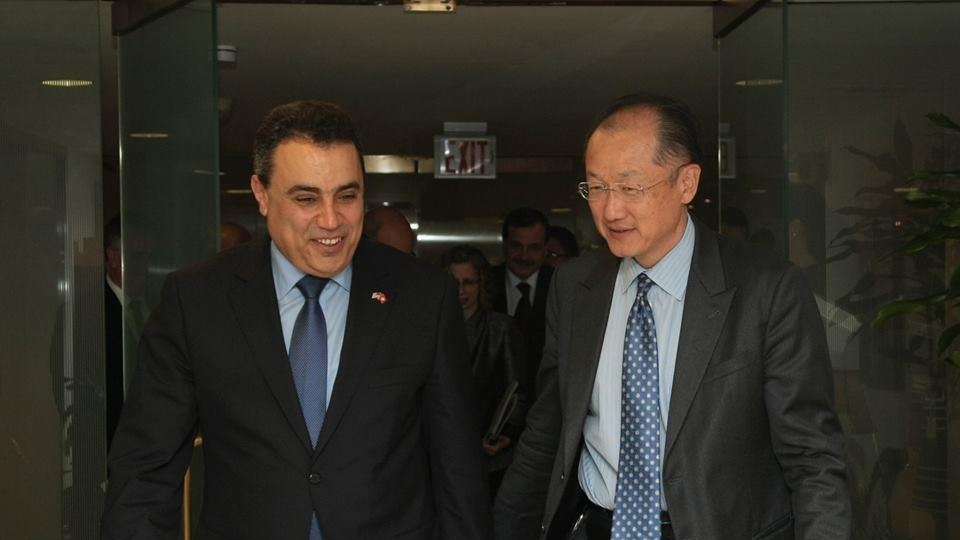 WASHINGTON, April 8, 2014 – World Bank Group President Jim Yong Kim announced today that the organization plans a US$1.2 billion financial package this year for Tunisia, an amount that is four times more than the pre-revolution period and doubling the amount provided post-revolution. The announcement came after a meeting last week between Kim and Tunisian Prime Minister Mehdi Jomaa at World Bank headquarters.

Kim congratulated the Prime Minister on the adoption of the country’s new constitution, one of the region’s most progressive, and for the consensus which has provided confidence and a sustainable path for Tunisia’s future.

“The ratification of Tunisia’s new constitution and the appointment of the interim government in January give us great hope that Tunisia’s transition will now speed up, opening up greater economic opportunity for all. That is why we are substantially increasing our support,” Kim said. “Tunisia is setting the example for all countries in the Middle East and North Africa, and we now need to do all we can to support development during this critical transitional period.”

At last week’s meeting, Prime Minister Jomaa thanked Kim for the World Bank Group’s support. The Prime Minister declared his determination to strengthen the democratic process and ensure the success of the transition.

Kim said that the World Bank Group’s enhanced support to Tunisia showed it was fully behind the transition.

"The World Bank Group is committed to working with the new government to match political achievements with progress toward an open and vibrant economy that provides opportunities for all Tunisians,” Kim said.

Inger Andersen, World Bank Regional Vice President for the Middle East and North Africa, said that the World Bank’s financing planned for 2014 would include:

Prime Minister Jomaa, on his first official visit to the United States, was accompanied by the Minister of Economy and Finance, Mr. Hakim Ben Hamouda, the Governor of the Central Bank of Tunisia, Mr. Chadly Ayari, and the Secretary of State in charge of International Cooperation, Mr. Noureddine Zekri.

Along with budget support, the Bank is currently financing 10 projects in Tunisia, totaling an estimated US$435 million in areas such as water and sanitation, wastewater, financing for micro, small and medium enterprises, higher education, and rural development activities in underdeveloped regions.  A new World Bank report released last month, All in the Family, State Capture in Tunisia details the systematic manipulation of regulations by the previous regime, and reinforces the urgency of reforms to level the economic playing field.

In the wake of the transition, IFC has ramped up its engagement in Tunisia, supporting the private sector by investing US$105 million in six projects since January 2011, and mobilizing other investments. IFC has also launched several advisory projects to improve the investment climate, enhance corporate governance, support the employability of youth, and increase access to finance for micro, small and medium enterprises. Michel Wormser, Vice President of the Multilateral Investment Guarantee Agency visited Tunisia last week to identify areas where the organization can help the country mobilize capital for important infrastructure projects and other job-creating enterprises to meet its development goals.