Infrastructure Stimulus and Finance: A Rethink 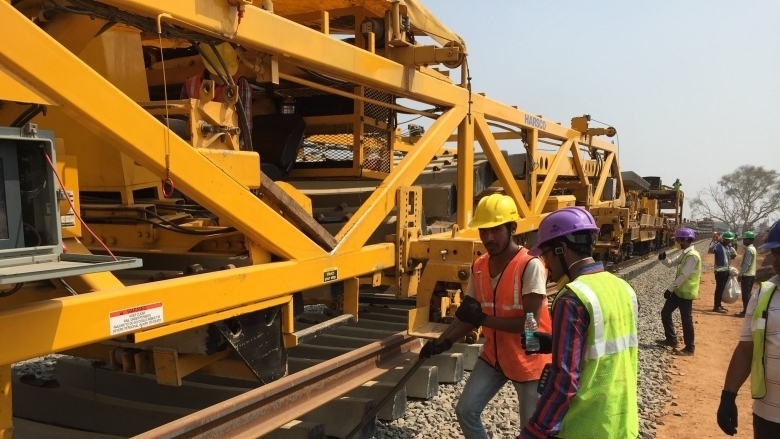 Can infrastructure investments provide a strong stimulus for the Indian economy? The answer is a resounding but conditional yes: conditional on how the investments will be financed and spent.

The policy discussions on how to finance infrastructure inevitably focus on the size of a potential fiscal stimulus. This is surely an important aspect of financing infrastructure and is well reflected in the GoI’s fiscal allocations through various centrally sponsored schemes, different funds like the Consolidated Roads Infrastructure Fund (CRIF), the allocations of the Finance Commissions, and directly and indirectly through the multiple Development Finance Institutions (DFI).  Increasing fiscal allocations through these channels is always possible and is being actively pursued.  But, the amount of resources needed to finance the infrastructure deficit – at least 7-8% of GDP per annum – would be a challenge to fund directly from the annual fiscal allocation of government.  Rather, the need of the hour is to pivot from a focus on the size of a fiscal stimulus to an emphasis on leverage – how much can public resources crowd-in the financial markets. The latter allows for a more efficient and equitable way of financing infrastructure. First, by smoothening the cost of financing the investments over time and second, by sharing the cost with future beneficiaries of investments made today.

But leveraging should not be about piggy backing on the public banking system. Public banks in India are in the middle of an evolving reform process that needs to continue. And, the maturity of their money does not match the need for long term infrastructure finance. The alternative of strengthening public DFIFs to tap into financial markets and ensure on-lending for investment purposes is already part of GoI’s arsenal. DFIs can be further leveraged but their track record is mixed and like the public banks, their roles would benefit from a rethink in terms of purpose and operational framework. Instead, the power of the fiscus is perhaps best used to offer different mechanisms to access capital markets and institutional investors – pension funds and life insurance agencies – to finance infrastructure. A second generation of DFIs which offer credit enhancement and bond insurance is the need of the day. These institutions would offer credit enhancement, first loss, and partial guarantees to enable infrastructure providers to access long term finance from international and local markets.  Such an approach would receive additional fillip if the regulatory framework also enabled domestic institutional investors to increase their funding for infrastructure.

DFIs with credit enhancement approach has three distinct advantages over traditional DFIs. Government can share more of the risks of the investments with markets while relying on market assessments of the creditworthiness of the projects. Second, infrastructure providers will seek to establish greater creditworthiness of their investments as the incentive is to rely primarily on market finance with government enhancements offering only additional support.  Third, while political interference in credit decision is difficult to eliminate completely, it is less in a credit enhancement system which has a clearer separation between public and private actors.

Leveraging finance is, however, only one part of the equation. The other part is on the expenditure side -- focusing on how the finance is spent.  Traditionally, the emphasis has been on the hardware such as expanding the road network; investing in pipes and wires for water and electricity; building the ports and the airports; and expanding public housing. As these examples suggest, ensuring adequate capital expenditure for the hardware has traditionally been the focus of infrastructure programs.  Even more important, however, is to ensure that infrastructure expenditures are successfully converted into infrastructure services. By themselves, more water pipes may not lead to regular water supply. More buses will not automatically give rise to an efficient urban transport system and more airplanes will not necessarily translate into better airline services.  India needs accountable and effective utilities, companies, and corporatized agencies that can translate infrastructure spending into, for example, continuous not intermittent water supply, reliable electricity supply, efficient transport services, effective solid waste collection and disposal, and efficient port services.

An infrastructure stimulus program must therefore include a concerted and long overdue push to convert existing public sector departments and agencies into efficient and accountable public sector companies. Australia which lost its place as a top industrialized country in the late nineties, reformed its infrastructure sector along these lines to give its economy a boost. England has long reformed its infrastructure agencies linked to financial markets. The examples of PowerGrid, EESL, ConCorp, Delhi electricity companies, Shimla and Belgaum-Hubli-Dharwad water companies, and corporatized airports, however, suggest that India does not need to go beyond its borders to find the innovations in infrastructure service delivery. Rather, India needs to pivot from a focus on bankable projects (more hardware) to supporting bankable institutions (scaling up infrastructure services). Such a shift has greater multiplier effect on economic growth and is a pre-requisite for delivering on the PM’s challenge on ease of living.

Bankable institutions are directly linked to the strategy of leveraging financial markets. These institutions can float bonds to tap into long term finance from the markets and take advantage of any credit enhancement programs of GoI. In turn they strengthen the bond market and deepen the financial markets.  The demand for financing operations and maintenance by bankable companies also allows the banking sector to participate more efficiently in infrastructure financing.  In addition, it would enable the NIIF with its deep pockets to scale up its equity investments.

Importantly, bankable institutions open the door for creating more inclusive institutions.  Appropriately structured, an infrastructure company can distribute shares to its workers or, even more ambitiously, government can buy a percentage of the shares and distribute it to households below a certain income threshold. India’s impressive IT platforms and growing experience with DBTs suggest this approach is amply feasible. Even India’s federal structure would stand to benefit as all tiers of government can co-own shares in an infrastructure company. Take, for example, the possibility of creating a global class commuter railway company in Mumbai. The city of Mumbai, the State of Maharashtra, and Indian Railways, as representative of the center, could co-invest and co-own shares in such a company very much in the spirit of cooperative federalism.  Such an approach would also enable a State to devolve certain service delivery systems – water is an excellent example – to city governments in exchange for a commitment to create a water company with joint shareholding between the State and the local tier. A different approach to evolving India’s city governments.

The debate about Public-Private Partnership is also related to the discussion about creating bankable infrastructure companies. A public sector company can contract in a private operator. This is, however, not necessary. The Sao Paulo Water Company is the world’s largest water utility. It is a public sector company that raises resources from the capital markets and over time has leveraged private capacity in managing some parts of its operation. DFCL in India is a public sector company that is expected to run the freight corridors as open networks offering access to private and public freight operators. These examples suggest that PPP is an approach or instrument that can be leveraged by a creditworthy infrastructure company.  The goal should be to create bankable institutions and PPP is an instrument that the former can leverage. The latter need not be an objective by itself.

A possible concern about creating infrastructure companies capable of tapping into financial markets is the issue of user charges. A bankable discom, for example, would need some level of user charges as a revenue source. The possibility of free electricity would then be difficult to deliver if attracting finance from the markets based on bankability was the objective. It is far easier – politically – to rely on a public sector banking system, blanket government underwriting, or direct fiscal transfers, all to sustain free electricity.  Herein lies a possible gordian knot to resolve.

The cost of the ‘free electricity’ is well known: an inefficient discom system;  erosion of India’s natural resource base especially ground water; the burden on the financial sector and its consequences for economic growth; and the inequity of the system which subsidizes the better off. The solutions are also known. At their core is the need to partially delink the focus on redistribution (eg. free water or electricity) from incentivizing efficient and bankable infrastructure companies. India’s evolving social protection architecture with its pivot towards cash transfers – e.g. JAM, cash transfers for farmers – for targeted groups allows governments to credibly and directly support the income of women headed households, farmers, and the poor. Combining this approach with some user charge subsidy – but now more targeted because of a parallel social protection architecture – and linking it to service delivery reform helps resolve the gordian knot. A social protection architecture is thus an important part of infrastructure strategy.

In this context, it is essential to allow public sector infrastructure agencies the bandwidth and flexibility to adapt and change and reap the benefit of the various mechanisms that are emerging in the context of “green financing.” Bankable infrastructure companies as defined in this note are therefore even more important in today’s setting of climate change. In India, efficient and viable discoms, for example, are essential to ensure that GoI’s goal of 450 GW of renewable energy is achieved.  Effective and credit worthy infrastructure institutions are therefore a prerequisite for a world where green infrastructure is now critical for sustainable, economic growth.

So yes, infrastructure spending will have growth multipliers. It will depend on whether these investments are financed by leveraging financial markets and undertaken by creditworthy infrastructure companies. While technocratically possible, the implementation of this approach will require active political shepherding. Prices will have to be restructured; roles and responsibilities between tiers of governments reimagined; and public policies shaped to leverage markets. The availability of a new social protection architecture, a global class IT system, and India’s past and on-going experience in infrastructure management offers the capacity for India to unleash a rethinking of how infrastructure can be delivered at scale. Climate considerations further add to this imperative. Ultimately, India needs a new class of infrastructure companies modelled as modern utilities under company law capable of accessing financial markets to accompany any infrastructure stimulus from GoI. In this context, the next generation of DFIs can play a critical role.

The article was originally published on ndtv.com on February 5, 2022.