Accelerating Growth and Job Creation with a Better Business Environment

Ozan Sevimli First appeared in the Jamaica Gleaner on March 14, 2021.

Georgia, the country, has done it, and Jamaica can too! 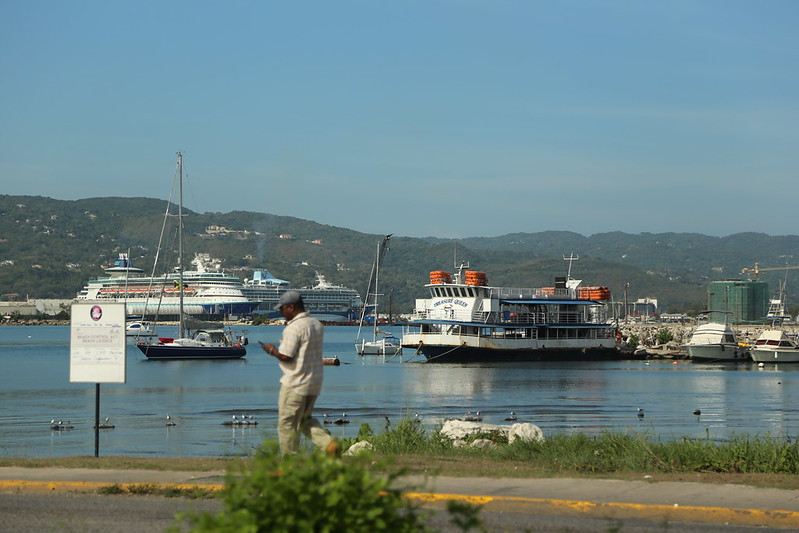 Before taking up my role as the Resident Representative of the World Bank in Jamaica, I was posted in Tbilisi in Georgia, located at the intersection of Eastern Europe and Western Asia. Georgia, a small country with a population of 3.7 million people, has made sweeping economic reforms. It moved from a near-failed state in 2003 to a relatively well-functioning market economy when I moved there in 2016. This was achieved by significant policy and institutional reforms, including combatting corruption, amendments to labor and tax codes, and deep business regulation reforms. These investment climate initiatives were accompanied by interventions in healthcare, public administration and the justice system.

Jamaica has set out to achieve a similarly ambitious agenda to become Top 10 in the world in the Ease of Doing Business rankings. To achieve this, the National Competitiveness Council, Planning Institute of Jamaica, Jamaica Promotions Corporation, and other organizations are working together to make it easier to conduct business in Jamaica.

This is an ambitious challenge, but as the example of Georgia has shown, it is attainable when well-prioritized and coordinated foundational work for growth and competitiveness is advanced. Punching above weight, breaking records, and impressive recovery appears to be in Jamaica’s DNA, as the country has persevered after many challenges and has come back stronger. That is why we at the World Bank have been supporting Jamaica on this very ambitious agenda of business climate reforms since 2014 under the Foundations for Competitiveness and Growth agenda, with financing of US$50 million.

While there has been steady progress in improving Jamaica’s business climate, there is still much work to be done if the engine of growth is expected to be a competitive, innovative, and thriving private sector. Establishing an effective business environment, and incentives to foster private and public collaboration and linkages, are important elements to fostering economic success.

Laying the Foundations for Growth and Competitiveness

Recently the World Bank provided additional financing of US$10 million for the Foundations for Growth and Competitiveness Project. These funds will build upon the work being done by the Government to remove bottlenecks in several critical areas that restrict business success and to support initiatives that foster a private sector-led recovery. Since 2014, we have helped strengthen the business environment in Jamaica and provided more direct benefits, in the form of credit lines and grants, to private sector companies.

The additional financing for the Foundations for Growth and Competitiveness initiative is expected to have both short-term effects as well as longer-term impact. For example, firms will soon benefit from faster debt resolution due to improved insolvency frameworks and online mediation. In the future, there will be other legislative, regulatory and institutional reforms that are intended to create an enabling environment for the private sector growth.

The International Finance Corporation (IFC), a part of the World Bank Group, is working in parallel to support other reform areas, such as implementing electronic land titles and creating efficiencies in land transactions.

Public Sector as the enabler of investments and innovation

But a ‘21st century’ private sector needs a ‘21st century’ public sector with enabling Government policies, strong institutions, and efficient public goods and services. Government and its agencies play a key role in creating this environment in which the private sector can thrive, create jobs, and support poverty alleviation. Thus, a key feature of such an environment is developing strong institutions that implement, oversee, and regulate policies.

That is why the World Bank is also working with the Government on a complementary initiative to support critical public sector institutions, that serve the private sector and citizens, to enhance their services. Under the Strategic Public Sector Transformation initiative, the World Bank is working closely with critical public sector agencies, such as the Bureau of Standards Jamaica (BSJ) and the newly-established National Compliance and Regulatory Authority (NCRA), to upgrade services provided to the private sector. Work is also being done to establish a National Quality Infrastructure, that enhances trade facilitation and industry growth while protecting the health and safety of the Jamaican people. Progress is also being made in other critical areas, such as customs, to ease trading across borders in Jamaica.

Economic Growth for All

Some may question the need to push forward on these initiatives with all of the other competing priorities caused by the pandemic. However, Jamaica’s growth model has to be private sector driven, and while facing the crisis, the private sector has continued its role to push for transformation and innovation. I saw firsthand how companies held on to their employees as long as they could while innovating on their delivery models for their customers during the pandemic.

A strong investment climate generates economic growth, employment and can result in a more resilient recovery where the benefits of growth will reach the most vulnerable among the population. Ensuring that the country’s business climate is enabling for investments, production and innovation is a key foundation for growth and competitiveness of Jamaica. With these priorities at a clear line of sight, and unwavering follow through on ambitious reforms, Jamaica has the potential to not only be hailed as a ‘top reformer’, just as Georgia was, but move on to be a ‘top performer’ on growth, poverty alleviation, and shared prosperity.

Ozan Sevimli is the Resident Representative of the World Bank for Jamaica and Guyana.