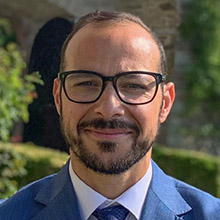 Country Manager for Tajikistan and Turkmenistan

Ozan Sevimli, a German national, was appointed as World Bank Country Manager for Tajikistan and Turkmenistan starting August 2, 2021. In this position he will lead the World Bank’s policy dialogue and manage overall program delivery.

Prior to this assignment, he was serving as World Bank Resident Representative for Jamaica and Guyana in the Latin America and Caribbean Region.

Previously he has served as the Program Coordinator for the South Caucasus unit of the World Bank (2016-2019), based in Tbilisi, Georgia. He has also served as Senior Strategy and Operations Officer in the Vice President’s office for the Europe and Central Asia Region of the World Bank. He supported senior management in the development and implementation of the Bank’s regional strategy and corporate priorities.

Between 2005 and 2012 he worked in the World Bank’s Operations Policy and Country Services department and the Africa Regional department as a labor economist.

Prior to joining the World Bank, he was a labor market specialist at the German Employment Agency.