Can The Lessons of 2008 Spare Emerging Europe’s Financial Sector From The COVID-19 Cliff? 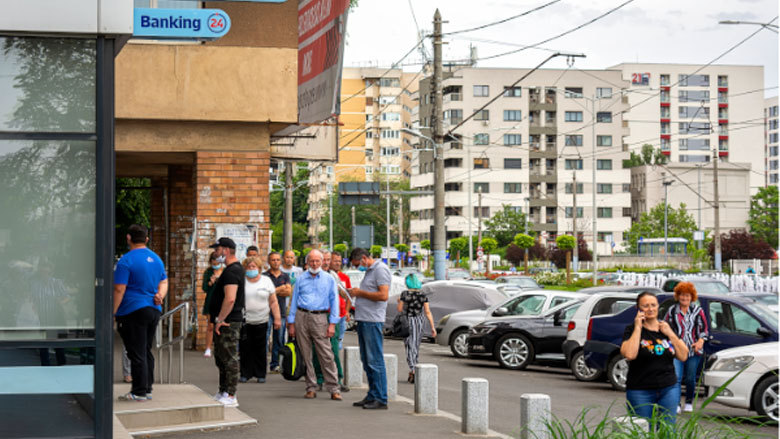 The more we know about the past, the better we can prepare for the future. The 2008 financial crisis provides important lessons for policymakers planning the COVID-19 recovery in 2021.

Over 10 years ago, the world stumbled into a financial crisis that changed the very fabric of our societies.

A cocktail of lax financial regulation and casual attitudes toward debt and leverage led to a global fallout that few countries in the world escaped. Despite a decade of recovery, the scars of that era are still very visible. This was particularly true for many parts of Europe. And as is often the case in major disasters, both natural and man-made, the most vulnerable were hardest hit.

Today, as countries grapple with the economic impacts of Covid-19, policymakers in emerging Europe must strive to remember the hard-learned lessons from 2008. In financial terms, the parallels between now and then are striking.

Back then, countries in Central and Southeastern Europe were among the worst hit. In the run-up to the crisis, big euro area banks bought up local subsidiaries. Backed by these parent banks, credit started expanding rapidly from a very low base. The credit boom was accompanied by climbing real estate prices and mounting personal and corporate debt. Aspirations to replicate the living standards of the EU’s wealthiest member states led to citizens and businesses shouldering more than they could handle.

Suddenly, the global crisis stopped capital flows in the region and turned the boom to bust. Credit growth went into reverse, real estate prices nosedived, economic growth stalled, and non-performing loans (NPLs) spiraled up. Over the next decade, much of the region would be caught between weak economic growth and lackluster financial sector performance.

Covid-19 is a strong contender for the worst economic shock in our lifetimes. In its aftermath, a familiar feedback loop is on the horizon: high leverage and depressed growth will amplify financial sector vulnerabilities in the months ahead.

True, banks in emerging Europe entered Covid-19 with stronger liquidity and capital buffers than before the global financial crisis, but they are far from immune. The longer the pandemic lasts, the more businesses and consumers are likely to struggle. Next come the debt defaults. Before the domino-chain of NPLs gains momentum and countries spiral into widespread financial crisis, policymakers must act. This means taking four overarching measures.

First, rising NPLs require a proactive and coordinated policy response. If banks resist writing down bad loans and continue to lend to zombie firms, the resulting credit crunch becomes longer and more severe. Policymakers were slow off the mark in 2008. Once they realised a coordinated response was needed, much of the damage was already done. In NPL resolution, the mere passage of time makes a bad situation worse, and policymakers and bankers need to respond early on to prevent the problem from spinning out of control.

Second, supervisors should engage with highly exposed banks and ensure that they fully provision for credit losses. An important lesson of the global financial crisis is that building bank’s capital is a requirement for resilient recovery. In this pandemic, banks have been asked to play an unprecedented role in absorbing the shock by supplying vital credit to the corporate and household sector. Policymakers should resist pressure to dilute existing rules. Soft-touch supervision doesn’t address the underlying issues and only kicks problems down the road. To credibly stick to the rules, regulators can conduct stress tests to identify undercapitalised banks.

Third, a timely and orderly exit strategy from debt relief and repayment moratoriums should be prioritised. Countries in Eastern and Southeastern Europe promptly introduced these plans when Covid-19 struck and to good effect. But prolonging such schemes comes with a hidden cost. It can weaken borrower repayment discipline, and give firms, that were already struggling before the pandemic, a fresh lease on life.

The question of when and how to phase out the measures does not have a simple answer. Nevertheless, the general principle should be to unwind them as soon as conditions permit. This could be done by gradually narrowing down the range of borrowers eligible for support so that only the viable enterprises are supported.

There will be uncertainty about who can and cannot survive. An assessment will be needed to separate the lost cases and viable ones and everything in between. This will help release capital from underperforming sectors and propel more dynamic firms to drive renewed economic momentum.

We live in difficult times that require resolve, fairness, and transparency in policymaking. But these qualities are not easy to live up to in times of great uncertainty, heightened anxiety, and lack of access to relevant information. Fortunately, we can look to the past to glean lessons for the future. Now, it’s time we put them into practice.