A Time for Resolve and Solidarity

Opinion editorial by Elisabetta Capannelli, the World Bank Country Manager for Croatia, as submitted for publication by Poslovni Dnevnik on November 30, 2020.

Focusing on the Next Generation will make all the difference

Music festivals, family reunions, and far-away travels. Long hugs with loved ones, office meetings, and spontaneous chats with neighbors. This is how we wish 2021 to look like after an Annus Horribilis which has wrecked many lives and badly hurt economies across the globe. A year which has been especially unkind to Croatia, because of the triple shocks of health crisis, economic recession and the Zagreb earthquake, which have tested the people’s resilience beyond expectations.

But can the year ahead live up to our high expectations? Will life in Croatia get back to normal, how fast, and which choices will be made to ensure the country can recover faster than during the 2009 crisis and become more resilient for the next one?

While the news about successful testing of first vaccines has finally sparked hope, there is still some way to go before returning to the degree of normalcy seen before the pandemic. Much will depend on how such vaccines will work, if the distribution will be successful and at a sufficient scale, not only in Croatia but for her trade partners and the world as well. Overall, we know we must brace for the health crisis to continue for most countries, including Croatia, well into 2021.

And what about the economy? In 2021, the Croatian economy will partially recover but a high degree of uncertainty will remain. If the health situation was to normalize in the first half of the year, we can expect a relatively robust growth of around 5.5 percent supported by a surge in tourism, increased business and consumer optimism, and EU funded capital investments. Croatia’s basis for recovery is solid. also due to the interventions by the Government earlier this year. Three years of fiscal surpluses and a public debt firmly on a downward path allowed Croatia to prepare earlier in the year a large support package targeting both companies and households, including some of the most vulnerable groups in society. We estimate that in absence of this support, and the appropriate Central Bank’s response, the economic and social consequences of the crisis would be much more severe, with unemployment rate shooting up to close to 20 percent.

Croatia is a very different country than it was a decade ago. It has proven it can bring its public finances in order, regaining confidence from rating agencies; it is on a path to euro adoption which may happen as early as 2023; and the country’s political situation is stable, allowing the swift action of the Government during the crisis. The recovery can hence be faster and can create a stronger foundation for accelerated convergence to the higher level of income in the medium run. But only if appropriate choices are made. Croatia’s economy continues to be characterized by high reliance on tourism, which generates around a fifth of gross value added, has a relatively small share of processing industry in GDP, and limited exports diversification. Together with well-known structural issues, this makes the country less resilient to external shocks and weights on its growth potential.

The question is hence which decisions will Croatia make and what will be the path of recovery the country will embark upon. Will it be one that truly focuses on the “Next Generation”, promotes sustainable growth, focuses on an irreversible path towards decarbonization, provides the boost to digital transformation, and builds on the dynamism of the young innovators in the private sector of Croatia, who love this country and want to stay here in spite of its difficult business environment? The path to diversification and resilience must include broadening the portfolio of competitive industries, including by using funds for digital transformation. Sadly, during crises politicians all over the world recognize the opportunities to change and build back better, but too often end up building the same economy - as we have seen happening after previous crises.

But this time it can be different and especially for Croatia it must be. Let me explain why in my view.

First, with its recently launched 2030 National Development Strategy, the Government has come up with its most comprehensive vision for the country’s development to date, outlining a path towards improved governance, better services for citizens, and higher quality of living. The strategy is set to give impetus to all sectors willing to grow via innovation and digital transformation. It opens the door for broadening and protecting Croatia’s natural assets base, enhancing the productivity of its natural capital, and supporting a unique generational transition towards climate neutrality. Some may have wished for the document to have an even more ambitious vision, with implementation spelled out in details, but what seems more important is to recognize that the vision is set, and a roadmap is in place. It would be wise for all stakeholders to set aside their differences, short-termism, and corporate and vested interests, and for the country to gather around the NDS, as the only way Strategies can be implemented is through an alliance of institutions, non-governmental and economic actors.

Second, Croatia will have access to an unprecedented amount of EU funds over the next ten years. This is a unique opportunity to operationalize the NDS. Properly using the Next Generation EU funds can set the foundations for a society that will truly work for the future generations, making way for an economy that will put at its core smart, climate and environmentally friendly actions. The reforms and investments Croatia needs should be prioritized, well selected and even better prepared, and a plan for implementation developed and closely monitored. This will require taking a hard and honest look at institutional weaknesses, being realistic about what can be done with limited capacity, not only in the public, but also in the private sector for example to rebuild and modernize the green infrastructure the country needs. Here it seems that an urgent action would be to establish a delivery unit, staffed with appropriate resources and highly qualified professionals, including from the private sector who could quickly deal with the urgent task of design, implementation and monitoring actions to make the national resilience and recovery plan a success. And we should not forget the key task of better programming the EU funds for this upcoming financial period and design a more streamlined, flexible and merit-based spending EU Program. This represents another opportunity of several billion euros to support the country’s development. As it happened in most other new member states, their second programming period after joining the EU, has resulted in a Croatia should not be an exception in this regard.

Third, Croatia does not just need any type of recovery, but a fair, equal, and people first recovery. More generous social safety programs with better coverage. Safety nets that can help the poor and vulnerable to prepare for, cope with, and adapt to shocks - before, during, and after they occur. This includes providing greater opportunities for formal jobs to women, who have taken on most of the additional care responsibilities brought about by the pandemic, while holding less secure jobs and being at greater risk of falling into poverty.

And while all this may sound like a lofty ideal, now is the right moment for Croatia to shoot for the stars. 2021 is a year of critical importance for Croatia. It will in good part determine the success in containing the pandemic, set foundations for a resilient recovery, and kick-off the program for the next generation. It is up to Croatia to seize these extraordinary opportunities to fundamentally transform its economy and society. It is time for resolve and solidarity. A time for a new, better, greener normal. 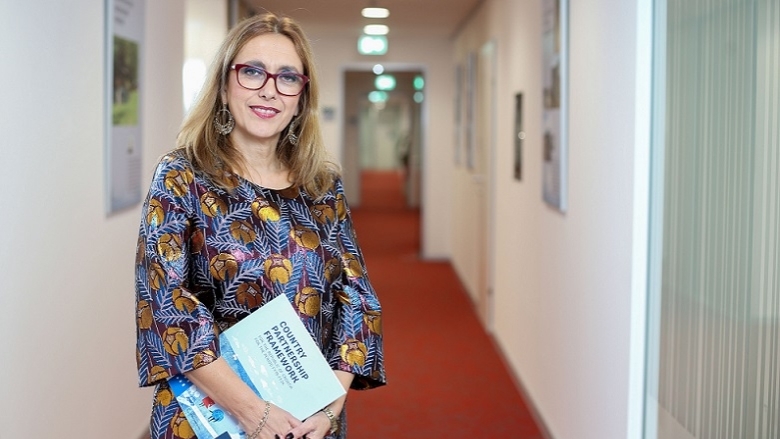