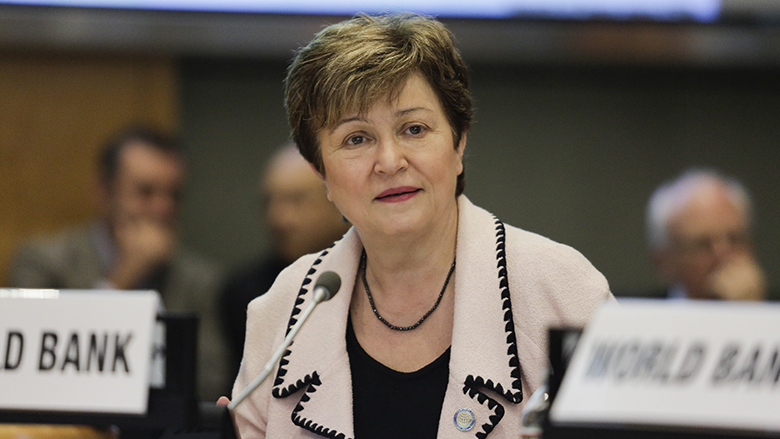 We know that no country can achieve its potential or meet the challenges of the 21st century without the full and equal participation of women and men, girls and boys. And yet women entrepreneurs face many challenges.

It is estimated that women-owned entities represent just over 30 percent of registered businesses worldwide. But 70 percent of women-owned small and medium-sized enterprises (SMEs) in developing countries are either shut out by financial institutions or unable to receive financial services on adequate terms to meet their needs.

Women-owned businesses face a nearly $300 billion credit gap. In addition to inadequate finance, women SMEs face other challenges, including access to technology, a lack of networks and knowledge resources, and legal and policy obstacles to business ownership and development.

Beyond entrepreneurship, women face constraints in paid employment. In at least 100 economies, women are restricted from doing the same jobs as men, even though World Bank Group research tells us that raising female labor force participation to that of men could increase countries’ GDP by up to 34 percent. Working women earn up to one-third less than men, partly because they are more likely to work in lower-paying sectors like retail or because they are not paid, especially in family enterprises and farms. Women also have less time to work since they spend twice as much time as men on unpaid domestic work and family care.

Around the world, we’re finding innovative ways to knock down these obstacles. In Kenya, where only one percent of women own property, Gulf African Bank — a World Bank Group client — allows women to use soft collateral like jewelry, animals and guarantors as security for loans of up to $15,000.

Yvonne Ndeta started TRON Enterprises, a cement shipping business in Kenya, with just five employees and two trucks. Today she leads a fleet of 100 trucks and 15 employees, transporting cement and other commodities across East Africa. And she’s looking to expand into markets throughout sub-Saharan Africa.

The bank also supports women-only branches that provide not just banking but advisory services as well. The bank offers workshops in management, business planning, tax planning, and leadership. Since launching the program two years ago, GAB has lent $1.35 million to women.

At the World Assembly for Women — Japan’s flagship conference to promote women’s empowerment — we are highlighting a new global effort to unlock more than $1 billion in financing for women entrepreneurs in developing countries. Announced during the recent G-20 summit, the Women Entrepreneurs Finance Initiative (We-Fi) already has raised more than $340 million in donor commitments — exceeding our target by more than $100 million — from its 14 founding members: Japan, Australia, Canada, China, Denmark, Germany, Netherlands, Norway, Russia, Saudi Arabia, South Korea, the United Arab Emirates, the United Kingdom, and the United States.

We-Fi fills an important gap; it is the first significant fund committed to aligning country-level reforms with private investment. This means that while we invest in projects that support women-led businesses, we will work with governments to address the legal and regulatory barriers that stifle women entrepreneurs.

The first meeting of We-Fi’s governing council took place just a few weeks ago, and it’s now open for business. I’m looking forward to the ideas, proposals and partnerships that emerge from We-Fi and from the discussions in Tokyo, where I am joining leaders from around the world to accelerate efforts to create a society where women can shine.

It is exciting to see how businesses, governments, financial institutions and non-profits are looking for ways to further break down the barriers that hold back women. We-Fi is a great opportunity to leverage new financing and knowledge to give women a real and fair chance of success.

Kristalina Georgieva is the chief executive officer of the World Bank. A Bulgarian national, she previously helped shape the agenda of the European Union, first as Commissioner for International Cooperation, Humanitarian Aid and Crisis Response from 2010. Georgieva was born in Sofia, in 1953.

Originally published in The Yomiuri Shimbun.