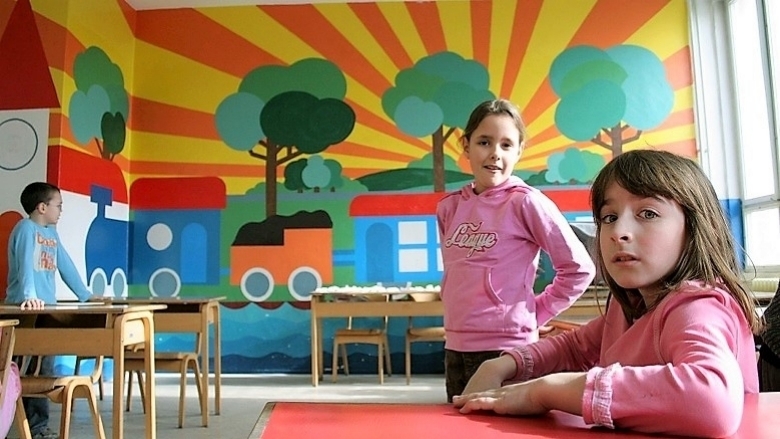 While chairing a panel on education at the Kopaonik Business Forum ten days ago, Svetlana Kisic reminded us that 60 percent of today’s 6-year olds will work in jobs that don’t yet exist.

While Serbian vocational schools are, indeed, educating young people for jobs that don’t exist, they are not addressing the need pointed out by Ms. Kisic: these schools are teaching skills for jobs that no longer exists, not preparing children for the jobs of the future. This huge gap between what a modern, market-oriented education system requires and what the Serbian one offers obviously calls for reform.

“But there is no money to do this” you might cry. Not true.

Money is not the issue. Rather, it is the archaic structures that define Serbia’s curricula and the notion that every village should have a school (even if it has no children) holding Serbia back.

Instead of learning IT and entrepreneurial skills, children are taught material that is increasingly more irrelevant for a modern economy.

It is no surprise, then, that youth unemployment remains a staggering 38 percent. Young people in Serbia emerge from school ill-prepared for today’s labor market, let alone tomorrow’s.

Let me illustrate this with a few stark numbers. Over one-third of Serbia’s primary schools have less than 20 children in them, up from some 20 percent in 2010. Simultaneously, less than 50 percent of Serbia’s preschool-aged children have a place in preschool – a figure that drops to less than 10 percent when looking at the poorest quintiles.

What does this mean?

Children start at a strong disadvantage, compared to their European peers, by not being able to attend preschool and then move into a primary school system that is not conducive to learning (with many class sizes of one pupil or less). They are taught a curriculum that was designed for the 1960s and 1970s, and is jealously guarded by vested interests represented in the Education Council.

As a result, a large number of Serbian children lag well behind their European peers when they leave primary school.  As an illustration, PISA results show that 40 percent of Serbian 15-year old students remain functionally illiterate in math and about one third remain illiterate in reading, substantially lagging behind their OECD peers.

It gets worse. Upon leaving primary school, Serbian children do not go into the kind of general secondary education that provides them with the pre-university skills needed to excel in modern ‘value added’ jobs. Instead, over 75 percent of Serbian secondary school children go into (relatively expensive) specialized vocational streams. The European average is 48 percent.

This, in itself, is still a choice any country can make. However, for vocational education to ‘deliver’ in terms of providing relevant skills that help graduates get jobs, there is a need for these programs to be aligned with labor market demands and/or provide a link with enterprise placements (so-called ‘dual education’).

Successful systems like those employed in Finland, Germany, and Austria all meet both of these criteria. And while there is a laudable effort by the Chamber of Commerce to try and initiate a relevant set of dual education streams in Serbia (with help from Germany, Austria and Switzerland), even that has met resistance from the Councils.

The very expensive result of this is twofold. Firstly, Serbian vocational education students don’t go into the labor market after they complete their programs, but move on to university education. Secondly, enterprises complain that they can’t get the skilled labor they need, as Technical and Vocational Education (TVET) profiles are mismatched with the demands of the labor market.

Serbia, therefore, pays a high cost for a TVET sector that does not produce results. The solution is a radical revision of available profiles (including closing down the majority of these schools), coupled with the introduction of a limited number of modern, dual programs to be developed and nurtured. Once again, the Education Council is in opposition to such efforts, leaving Serbian children few labor market opportunities.

The Minister of Education has expressed his commitment to addressing these anomalies and espouses a vision of a modern and competitive pre-university education system. This, we feel, is most encouraging.

There is also an understanding within the government that this needs to be done within current budget allocations: it is clear that there is no additional money around.

Hence, a primary network and curriculum rationalization is critical and these funds need to be invested in rolling-out a top-class preschool and reforming and strengthening the primary system. Reforming the secondary school model, with a rationalized (and modern) curriculum for general secondary education, paired with a smaller number of relevant and market-adapted TVET programs, is a second pillar of reform that must happen if Serbian graduates are to be ready for the new economy.

Once these actions are taken, it will be time to address another big issue - the quality of higher education, which will be the subject of one of our next blog. So, stay tuned…

This leaves one final question: will the vested interests in Serbia’s system of Councils that control curricula and school systems understand that it is them who are holding Serbia back from building a competitive education system?

Yes, there is a role for sound advice on curricula and school networks, but decisions belong to Ministers that are accountable to the public through elections, not to unaccountable expert councils. We hope, for the sake of Serbia’s future, that years of overdue reforms in the education system will be unblocked before Serbia loses yet more of its most valuable resource: its young people.