Serbia Is Half Way Home

Serbia has made important strides in reforming public finances and rekindling economic growth in the past few years. Public debt levels are declining, and the budget deficit decreased from over 7 percent of national income in 2014 to only 1.4 percent last year. Growth in 2016 is estimated at 2.8 percent, the highest level since the start of the global financial crisis in 2008. Exports have risen from 26 to 36 percent of national income since 2012, and unemployment has reached its lowest point in ten years, at 13 percent.

All this is good news, and a scenario of progress that seemed unlikely only two or three years ago. Serbia deserves praise for these achievements. 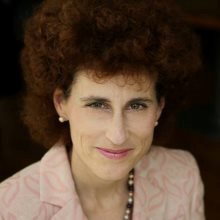 Serbia is already halfway home, halfway along its reform journey, but citizens may not yet feel the benefits of this progress because growth will need to be much faster, more inclusive and sustained over three decades in order for income levels to converge with those of the European Union. And—despite recent progress—the Serbian economy still looks too much like a vestige of its Yugoslav past, with a dominant and inefficient state apparatus limiting the scope and incentives for vibrant private sector initiatives.

Fortunately, Serbia finally has begun to tackle its legacy of a dominant and inefficient state.  Debts and arrears of loss-making commercial State-Owned Enterprises and Public Enterprises were the source of Serbia’s 2013-14 fiscal crisis. Annual net losses peaked at over 1 billion Euros, with arrears owed to the state and guarantees covered by the state amounting to more than 14 percent of national income.  Since 2014, the state has moved over 300 commercial state-owned enterprises out of its portfolio, freeing up assets for the private sector and reducing state losses, direct subsidies and indirect fiscal liabilities.

Resolution of remaining large, high-risk enterprises, like RTB Bor, Galenika, MSK, Azotara and Petrohemija, needs to speed up. Scarce public resources—resources that could be used to improve the quality of education and health care for Serbia’s children--continue to be spent in keeping these inefficient enterprises afloat. If they are viable and wish to play a role in the future development of Serbia’s industrial base, they need what private strategic investors have to offer: new technologies, independent management, strong corporate governance, access to global markets.

Failure to resolve these large loss-making commercial enterprises also hinders stabilization efforts around Serbia's utility and transport companies. Most of these are potential economic assets for the state, but are burdened by the financial indiscipline and mounting arrears of the commercial enterprises. It is time to take the final step: if no private buyers or partners can be found for these commercial enterprises, it would be smart policy to cut the state’s losses, and focus instead on reforming and investing in modernization of public utilities and enterprises like EPS and the railways.

With progress underway in resolving commercial state-owned enterprises and restructuring public utilities, Serbia needs to increasingly turn its attention to creating an efficient and effective core public sector, focused on policy-making that stimulates growth and development, strengthening of governance and rule of law, promotion of a dynamic private sector and provision of high-quality public services.

On the latter point, Serbia is poised to act, with analysis and policy options on the table to reinvigorate the public administration and improve the quality and equity of public services like health and education. Creating incentives and opportunities for better performance is at the heart of Serbia’s upcoming public administration reform.

In the health sector, a focus on core public services means smarter financing of health care institutions to drive specialization and higher quality services, while making managers responsible and accountable for institutional performance. It also means completing reforms in the pharmaceutical sector to reduce the cost of essential drugs for Government and for families.

In education, it means investing in modern approaches and adapting global models of excellence rather than looking to Serbia’s past. One important area where Serbia lags behind comparator countries in Europe and worldwide is in investing in universal access to preschool education, which sets children on a lifelong path to greater success and creates a more competitive economy.  We are pleased that Government has committed to a dramatic expansion in early childhood education and care in the next few years, supported by the World Bank and other partners.

A second area of education where Serbia lags behind is linking secondary and higher levels to labor market demand in the new economy. Addressing this will require closing down many redundant vocational education profiles, investing in select dual education programs, rationalizing school networks and reforming higher education financing.

A third area for reform is changing financing and incentives for Serbia’s research and science sector, so that it serves, to the maximum extent possible, to stimulate entrepreneurship and economic development.  Vested interests are likely to resist such a change, but linking financing for research to economic development will help Serbia grow in a smart way, while any other direction will make this sector fade into irrelevance.

From a crisis point several years back, Serbia has made good progress in tackling the legacy of a heavy and inefficient public sector, while rekindling economic growth. This reform path must continue in order to sustain faster and more inclusive growth for many years to come.

While completing the resolution and restructuring of state-owned enterprises and public utilities, Serbia must now turn its attention to the functioning of the core public sector, in order to deliver the services that citizens expect from a modern state, while unleashing the potential of the private sector to generate income and create jobs.