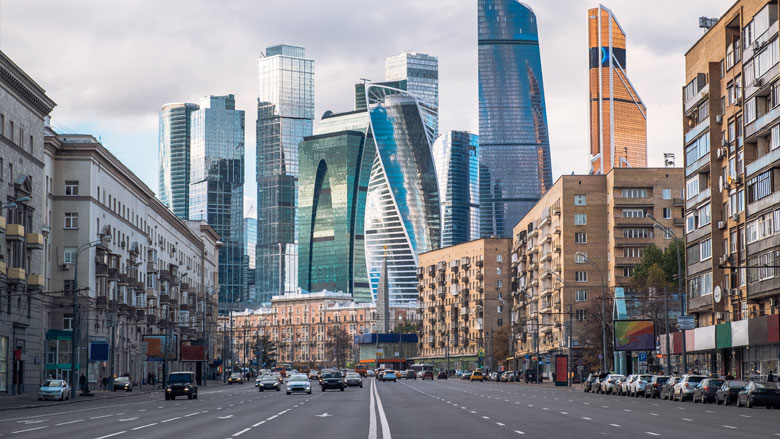 Urbanization does not automatically breed economic success, but economic success of cities could be of great importance for a country. The question, first and foremost, is what do we even mean by competitive cities. The word I used to describe them was “disproportionate”.

Competitive cities are disproportionate along three dimensions: output, jobs, and growth. They outpace their national economies – disproportionately – in all these three dimensions. And they are not the usual suspects - household names or capital cities. Turkey’s Gaziantep is a poster child. It is not Istanbul or Antalya. It does not have any natural resources. And it is not a port city. Yet it ranked 9th globally for economic growth in a 10 year period, and its light manufacturing goods are sold in 175 countries.

It is also worth noting that such cities have benefitted immensely from high labor mobility, something that remains a concern in Russia. The average Russian moves just 1.3 times in their lifetime. In contrast, at the other end of the spectrum, Australians move 15 times. Mobility matters because it matches talent with opportunity. However, regionally, Russians are less and less mobile – Russian monotowns manifest this problem of mobility.

So the question is, what do competitive cities do to achieve success? I highlight three features:

First, they emphasize tradables: Competitive cities drive their long-term job growth through at least two or three tradable sectors (rather than retail or public). In Coimbatore, these sectors were mechanical engineering and textiles. In Gaziantep, they were carpets and shoes.

For example, Bilboa in Spain used its taxation powers to raise a direct tax to fund the regeneration of a critical asset – the Nervion River. But more often than not, they have to leverage other tiers of government. Bucuramanga in Colombia, for example, conducted a study that identified transportation as a key constraint to growth of local firms, and it used this study to lobby the national government.

For Russian cities, ensuring that intergovernmental relations and Russian regions are on a sound fiscal footing is key. Two-thirds of the regions are in deficit, and about a dozen have a debt burden of 80 to 180%. So thinking of the interplay between various tiers of government is ever more important.

Third, competitive cities “do”. They turn strategies into action. The main success factor is through their budget – they align their budget to finance priorities. In Baltimore, USA, every department and agency must propose why it merits a budget allocation and how the work relates to six agreed citywide priorities. As a result, the city has been able to relocate several hundred million dollars to more productive uses. Another approach is to use participatory budgeting, which has been picking up in some regions of Russia.

There are other findings common across competitive cities that some may find surprising but relevant for Russia. One is that fiscal incentives are only one (small) part. They can be a nice bonus but become crucial only after other structural interventions are in place; in the case of Russia, through removing infrastructure bottlenecks on the main trade corridors and improving logistical services. And while competitive cities are magnets for FDI, the economic development potential of FDI should not be overstated. This is because the majority of jobs are actually created through the growth of domestic firms.

As the World Bank report Competitive Cities for Jobs and Growth: What, Who, and How found, in the average city that received any FDI in 2012, foreign investors directly created jobs that represented only 0.1% of the employment base. Finally, it is important to note that urbanization does not automatically breed economic success - as Detroit and Cleveland have learned.

By focusing on these factors, the trinity of growth, jobs, and incomes would be within the grasp of Russia’s cities.

The author, Apurva Sanghi, is World Bank Lead Economist for the Russian Federation, based in Moscow. This Op-Ed was originally published in "Vedomosti" on 29 November, 2016.