Investing in children's nutrition supports Indonesia on a path to prosperity

On my first visit to Indonesia as the World Bank Vice President for East Asia and the Pacific, I have learnt about the country’s achievements and challenges in realizing its aspiration of becoming one of the most prosperous countries in the world.

Since the Asian financial crisis, almost 20 years ago, Indonesia has strengthened macroeconomic resilience and reduced vulnerabilities through sound macroeconomic management.  It has become a vibrant middle-income country with a rising middle class and has cut the poverty rate by more than half.

Malnutrition, in particular, exacerbates the unfair start in life that poorer children often face, undermining their ability to succeed as adults. Stunted growth during the critical period of early life, the first 1,000 days, impairs brain cell development, the impact of which can be devastating. Research shows that stunted children often do worse in school and may lose ten percent of their earnings over a lifetime. In 2013, almost 9 million or 37 percent of Indonesian children under five were stunted, making it the country with the fifth highest percentage of stunted children in the world.

Global experience shows that the fight against stunting can be won by adopting a holistic approach that addresses multiple drivers of stunting and by creating synergies between different program interventions within and outside the health sector. For example, Peru cut stunting rates in half less than a decade. Key success factors included: strong commitment at the highest level of government, allocation of budgets to the geographical areas with the highest stunting rates, use of an innovative incentive structure that aligned incentives for households, health facilities and local government to tackle stunting, and use a unified data system that integrates social assistance programs.

The government of Indonesia – with support from the World Bank – is intensifying efforts to address the root causes of malnutrition. During my visit, I met with senior government officials who have made this issue a top priority. I traveled to the Yogyakarta Special Region of Java, to see the PAMSIMAS program in action. This program is a collaboration between local governments and communities to provide clean water and sanitation services across 32 provinces. It aims to address lack of access to clean water and sanitation services – key to reducing infections that compromise the ability of children to absorb the nutrients from the food they eat. PAMSIMAS promotes good hygiene practices while helping to bring clean water to more than 9 million people and improved sanitation for more than 8.4 million people in 12,000 villages as of September 2016. Considered by the government to be the most cost-effective option for scaling up water and sanitation services, the program is expected to expand to 27,000 villages in more than 400 districts, with a total cost of $1.64 billion.

My visit to a puskesmas in Yogyakarta supported under the  Generasi Sehat dan Cerdas (Health and Bright Generation) program, gave me the opportunity to better understand the importance of close partnerships between the local government, service provider and communities in improving health and nutrition outcomes for mothers and infants. The Generasi program supports almost 5 million mothers and infants in more than 5,500 villages across 11 provinces. It provides block grants to communities to ensure pregnant women receive iron supplements and proper antenatal care and that children receive immunizations and are well nourished. In one of the country’s poorest provinces, the program helped decrease the incidence of underweight and severely underweight children by 20 percent and 33 percent, respectively, and stunting decreased by 21 percent after three years of implementation. In the context of significant increases in fiscal transfers to villages through Village Fund program, Generasi demonstrates how villages themselves can invest and contribute to the national priority to reduce stunting.

The successes under such programs need to be extended across the country.  Policy makers, civil society, private sector and development partners need to collaborate to boost investment in nutrition, scale up what works, and support research that informs policy responses. Such collaboration would improve the coordination and integration of the various programs to address the multi-sectoral determinants of stunting and will improve the quality of government spending and local service delivery for good nutrition outcomes.

The World Bank is committed to working with Indonesia and other partners to develop strategies, policies and programs that will help move the country towards a vision where no child is stunted nor malnourished, where every child is given the best chance early in life to achieve their ability to learn, to thrive and contribute to Indonesia’s aspiration to be counted amongst the most prosperous countries in the world.

The Indonesian version of this opinion piece was first published on Kompas newspaper. 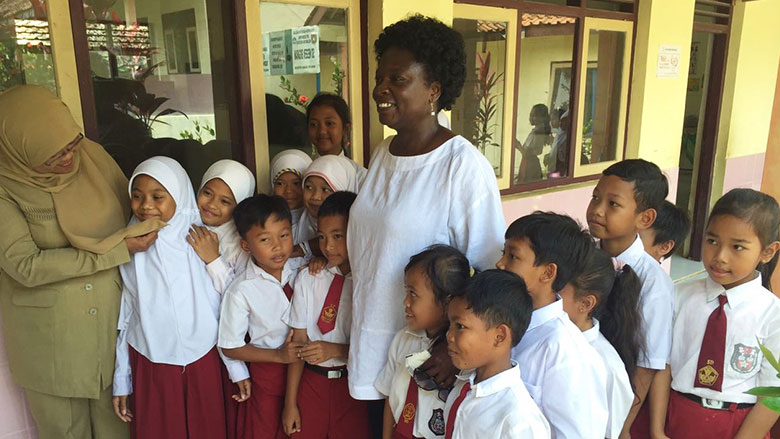 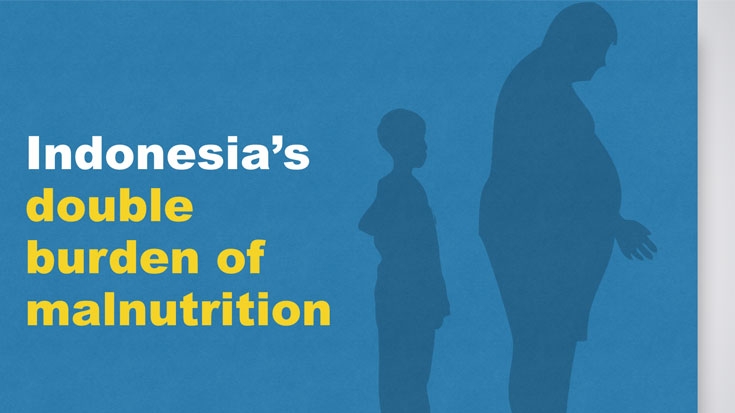 The Double Burden of Malnutrition in Indonesia