The role East Asia and Pacific played in this success story is crucial: From 1990 to 2013, the number of extreme poor fell from half of the global total to just 9.3 percent in the region, mostly thanks to China and Indonesia. Income inequality also decreased in most of the region, due in part to reforms undertaken in the 1990s that initially worsened inequality but now are helping to reduce it.

But extreme poverty and the wrenching circumstances that accompany it persist. Worldwide, nearly 800 million people were still living on less than $1.90 a day in 2013, the latest year for which we have global numbers. Half of these people are children. Most have nearly no education. In a world where so many have so much, it is unacceptable that so many have so little.

The international community has laid out a clear vision of what the world looks like in 2030—it is a world free from extreme poverty, with more opportunity for all. Everyone should have a chance for a better life—and we know it’s possible. This is why the World Bank Group has committed to two clear goals: ending extreme poverty by 2030 and boosting shared prosperity for the poorest 40 percent of people in every country.

But we have much further to go in our fight against extreme poverty and toward better opportunity for the poorest everywhere, and we know that this battle will not be easily won. Our most recent flagship report pointed toward inequality as a persistent barrier to progress -- and one that we will have to tackle if we want to achieve our goals.

The global story on inequality is mixed. The gap between all people in the world has been shrinking consistently since 1990, mostly due to populous countries such as China and India catching up to richer countries. And even within countries, inequality has been falling in many countries since 2008—for every country that saw a substantial increase in inequality during this time period, two others saw a similar decrease.

However, inequality is still far too high across the world, and important concerns remain around the concentration of wealth among those at the top of the income distribution—an issue on which we need to know much more.

Even countries that successfully reduced extreme poverty may struggle with addressing high poverty rates among some hard-to-reach pockets, caused by factors such as geographic remoteness, discrimination and market failures.

In China, for example, income inequality seems to have peaked, but more can be done to further its recent decline. Vietnam has achieved rapid growth without large increases in inequality, but ethnic minorities, who make up about 15 percent of the population, have historically been the poorest Vietnamese. Vietnam can continue fostering social inclusion and equality by providing greater access to opportunities for minorities, people with disabilities and women, and providing services to an aging, urbanizing and middle-class society.

At the World Bank Group, we see three clear ways to achieve these goals. Together with our partners, we can promote sustainable and inclusive economic growth, especially through boosting private investment in infrastructure. Together with our partners, we can invest in human capital starting from a child’s early years, because people with better skills, education, health, and training will make the biggest difference to countries’ ability to grow and compete. And together we can foster resilience to global shocks, including forced displacement, climate change and pandemics, which threaten to roll back our hard-fought development gains.

We cannot rely solely on economic growth to change the situation. A country’s growth must benefit the poorest the most, and unlock opportunities for today’s extreme poor to get better jobs, access better quality services, and lay the foundations for the next generation to escape the confines of extreme deprivation.

Policymakers in the region have already taken steps to remove the remaining pockets of poverty and addressing inequality of opportunity. China, for example, has set the ambitious goal to eliminate extreme poverty during the 13th five-year plan period. Indonesia has identified inequality as an obstacle to sustainable development and has set targets to reduce it.

I believe it is possible to end extreme poverty by 2030 and boost shared prosperity among the poorest 40 percent in every country. We look forward to continuing our work with all partners—citizens, governments, civil society, and the private sector. Together, we can do it—we must do it. 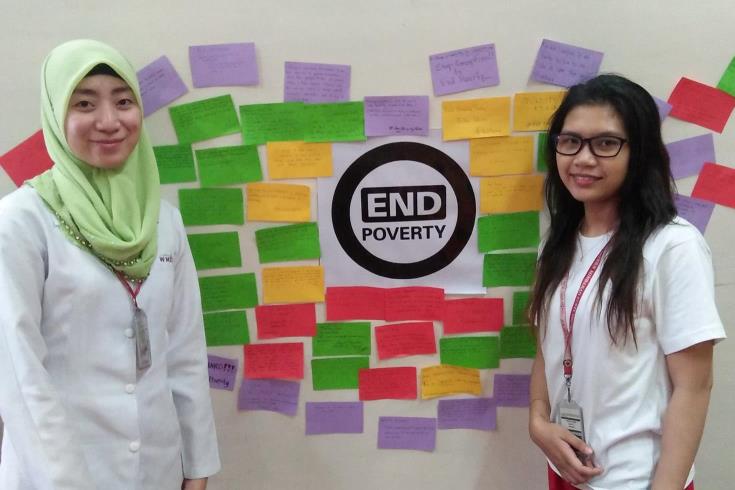 It’s possible to end poverty in the Philippines 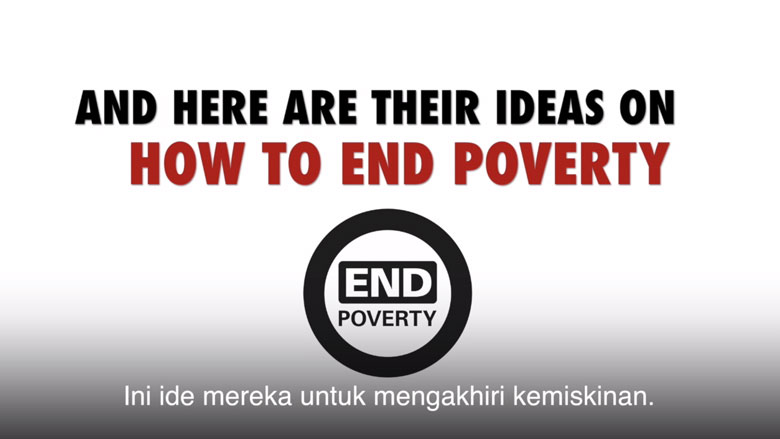 Poverty in the Eyes of Indonesian Youth